Alone - or all one? Sherry Ashworth 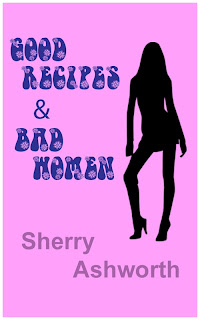 The best part about being a writer is the act of writing itself.  And also getting feedback from readers.  Oh, and research – especially if it involves travelling and food.  And using writing to help you make sense of the world and if possible, to change it for the better.  Which can simply mean entertaining people.

The downside to being a writer – (I am shouting now) ISOLATION!!! First, you actually have to be alone to write.  To be fair, not always - Charles Maturin, author of the wonderful Gothic novel MELMOTH THE WANDERER wrote standing up at a lectern surrounded by his family going about its daily business.  But I can’t do that.  And writers don’t have a workplace – no colleagues to hang out with at the watercooler.  Isolation also breeds neurosis.  Is my stuff any good?  Is someone else’s stuff better than mine?  Are all other writers banging furiously away at their keyboards seized by angelic inspiration while I polish my Freecell skills and check Twitter for the umpteenth time? 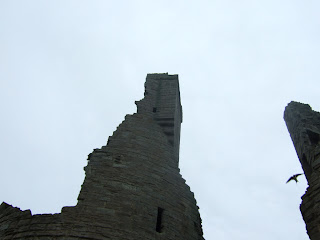 Alone, you are that bit more vulnerable.  More likely to respond in an extreme fashion to praise or to criticism.  In the bad old days before electronic publishing and creative writing courses, you generally wrote alone until you were lucky enough to get an agent and then a publisher – but of course a publisher is not a single entity, but like the many-headed hydra, it’s composed of editors and money men and publicity and marketing and receptionists etcetera etcetera.  A lot of people with corporate and personal  interests at heart.  Which might, but might not, be your interests too. Lots of people, and only one of you.

But hey, why go there?  This is 2012 and things really are getting better.  There’s been a revolution.  Other writers and writing communities are just a click away.  And you don’t need a middle-man (or woman) to get your book out there.  You just need to be able to write the best book you can, to acquire the skills and knowledge to convert your manuscript to an e-book (or find someone who can) and let people know what you’ve done.

For me, the last is the hardest.  I was brought up to think that boasting or drawing too much attention to yourself is bad manners.  It’s just not British.  In my ideal, perfect world, my own personal utopia, people are magically drawn to my books without me having to do a thing about it.  But the reality is that no-one will KNOW I’ve written a self-published book unless I tell them, and no one will want to read it unless I let them know what it’s about and say something to hook their interest.  And the more people I tell, the more people who might want to read my book.

But – aaargghh!  It’s hard, and goes against the grain.  But.  Because I believe that e-publishing offers so much to writers and readers, and it’s the world I want to be in, I’m going to tell you about my new, self-published novel.  It’s called Good Recipes and Bad Women.  I wrote it because I wanted to relive my early teenage years, when I was particularly happy.  I was brought up in north London, in a Jewish community which has long since dissipated.  I was one of the generation of scholarship kids, plucked from a working class background to be educated in a top direct grant grammar school.  I was 10 when the Beatles started, and 14 during the Summer of Love, when I first got interested in Boys.  And my mum was my best mate. 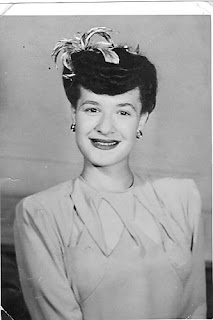 Good Recipes and Bad Women celebrates all of that.  It’s a feelgood read that crosses genres.  It’s rom com but not contemporary as it takes place in 1967.  Both adults and teenagers can relate to it as there are two heroines – Jo who’s 15 and Dorrie, her mother, who’s 42.  It’s universal in themes – growing up, finding yourself – but set in a closed world – the Jewish community of south Tottenham.  It references both the Who and gefilte fish.  It’s semi-autobiographical and entirely made-up.

It’s also very close to my heart as it’s a tribute to my mum, who died thirteen years ago.  It’s not always easy to remember the people we love as they should be remembered because we can be haunted by their last days.  I wanted to bring back my mother in her prime.

God knows what she would have made of the novel!  But here’s something I do know – she would have loved that I am publishing it as an e-book.  She was always – in her own words – on the side of the underdog.  Remember, she’d say to me, we’re plebs.  Your great-grandfather was a woodcutter.  My mother shopped only in markets and a bargain made her day.  And most of all she loved reading.

If she was alive now, I’d have bought her a Kindle.  She would have been amazed that you could get all her favourite classics free – oy vey!  She would have also been VERY impressed that so many books were bargains – that the middlemen multi-national publishers weren’t making ginormous profits.  She would have loved the ease of buying books online.  And that you could make the font as big as you liked, and that the Kindle would be light as a feather in her hand.

My mother loved reading because she told me it took her into different worlds.  I’m thrilled to be part of the world of self-publishing and AuthorsElectric.
Posted by Sherry at 00:30

Hi Sherry, Yes the promotion part IS the bit many of us hate. However, groups like this can really help - build the confidence, build the audience and provide a springboard to doing things which otherwise (I say with a spit) might be 'marketing'

As re the isolation. I have to tell you that's the bit I LOVE about writing fiction. But that's from 20 years in screenwriting/playwriting where you are NEVER alone (if you're employed anyway) because you're always in meetings or pitching or with directors/producers etc and believe me all that is very counter creative most of the time - so I'm OVERJOYED to have made the transition (retirement?) to sitting in a room on my own WRITING without worrying about getting to a meeting, arguing the toss... etc etc. And with the 'connected' world via internet one can get all the community one wants without ever having to leave ones room. Think positive! It could be worse, I promise.

What a thoughtful post Sherry - self publicism is very hard for me too- for the same reasons, it feels impolite. But I don't worry about the isolation too much - I love he chance to sit on my own and just write - mind you I always have FB and Twitter prattling away in the background. The picture of your mother is beautiful - she loooks like a film star and sounds like a wonderful woman. Can't wait to read! X

Welcome Sherry! Your first post for us, but I hope there'll be many more!

Wonderfully put, Sherry! Sometimes I wonder if practice makes me a better writer or if it just makes me really good at playing Farkle. :)

As lonely as we may feel in the writing world, it's good to know that we're really not alone. Posts like yours prove that others have the same worries, emotions, and hopes as the rest of us.

Thanks so much for sharing your thoughts and I look forward to reading your book!

'semi-autobiographical and entirely made-up' - love it Sherry. & understand! Very good to hear about your latest book and adventures, all the best with it all!! and so so lovely to see, and hear a bit more about your mum xxxx

(though I must confess I love the isolation bits too :))

Love the semi-autobiographical and entirely made-up too!

I am, I'm afraid, one of those terrible writers who get very nervous at isolation - I love dark secluded spaces but I love best to be sharig them with co-conspirators plotting the overthrow of the literary canon or the like - I'm sure it comes from 10 years of all-nighters in people's rooms as a student

A brilliant first post, Sherry, and I loved your references to your mum - what a radiant and glamorous woman she must have been.

I hate the self-promotion aspect of e-publishing too. It feels like showing off, and I've always felt that people who show off have little or nothing to show off about... for me, psychologically, it's a hard one. As for isolation - when work's going well, I actually need it, but when things are slow - well let's not go there.

Sums it up well, Sherry. But, despite knowing exactly what you mean by the Brit reluctance to self-promote, I think you've handled it very well. No bombast, no superlatives, just a simple statement of what your book's about and a not-so-simple intimation of all the layers that lie underneath it. Lots of luck with it.

I thought I was your best mate! OK, my mum was mine too. Looking forward to reading this Sherry, as I so enjoyed the last book of ours I read.

I have loved reading all these comments and revel in the fact that today I have never felt less alone as a writer. Long live Authors Electric and all supportive writing communities!

You've really touched a nerve with me here, Sherry. As an ex-journalist you'd think I'd love the idea of self-promotion but, like you, I was taught it was impolite...and anyway I'm so much more familiar with self doubt. Congratulations on self-publishing your book - I really do look forward to downloading it on to my kindle. And maybe I'll even self-publish my own novel, too one of these days...Good luck!

Hi Sherry...Not Alone, as you have seen...
As a pleb underdog myself, your book, and your Mother, sound very interesting.
And thanks to you I have now heard of, and read the first paragraphs of, MELMOTH THE WANDERER!