Kathleen Massara at Flavorwire did a series a while ago on the weird writing habits of famous authors. Truman Capote was a completely horizontal type who could only think lying down. John Cheever wrote in his underwear, a very common habit in these days of laptops in bed but perhaps not then. William Faulkner drank whisky. Definitely not for me that one, nor music or views thanks very much, though I love listening to radio plays & stories on BBC Radio 4 Listen Again when ebook formatting. The BBC International Short Story Award finalists are there for the taking at the moment.

Vladimir Nabokov used index cards, a common one these days for early plotting, characters & ideas. Nabokov was one of those tool fuss-pots, his cards had to be of a particular type: “My schedule is flexible, but I am rather particular about my instruments: lined Bristol cards and well sharpened, not too hard, pencils capped with erasers.” T. S. Eliot tinting his face green to appear corpse-like is for me the best weirdness of the lot. 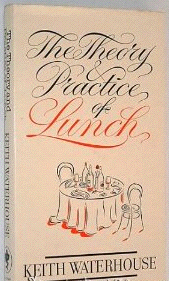 It must be more than two years now since I have had any kind of a fiction writing habit, weird or otherwise. The arrival of ebooks and all things editing and publishing, along with the essential trickle of  non-fiction writing jobs, has kept me busy. However, I think I'm actually nearing a position where I will be able to do it. I realise I have to find a way to carve out a couple of hours a day or I'll never get back to it.

But which hours and where? 1,000 words before lunch is the preferred life and preferably, according to Philip Larkin - or was it Larkin enviously quoting Noel Coward? - on the Côte D'Azur. I know no writer who has achieved this, in France or anywhere else. I find fiction writing spills into everything else, domestic and professional, even when I'm asleep, and the Côte restaurant in the High Street is as far as I'll ever get location-wise.  But then Keith Waterhouse had it pretty much worked out. I once worked on a BBC documentary about him called 'Staring At The Ceiling'. He was very much an early morning sort. He'd be up at an unearthly hour, typing at his (Brighton) desk and on the phone to his writing buddy Willis Hall. His wordcount would be done and dusted long before noon. Then it was time to get down to the serious business of lunch. With champagne. Always with champagne. His Theory And Practice Of Lunch is a masterclass on the subject. I feel hugely privileged to have partaken in quite a few of them, many going on until the evening waiter shifts would start arriving.

For the latest in strange set-ups, how about this?!

The iTypewriter, designed by Austin Yang, Edinburgh College of Art

As somebody in the comments says: How to break an iPad. Whatever else, now I'm at the computer so much, my first draft writing time is going to be done away from my desk. On paper. Perhaps that's enough these days to be veering towards an odd habit?
BBC Short Story Award ebook formatting iTypewriter Keith Waterhouse T S Eliot green face weird writing habits Willis Hall Writing habits

Susan Price said…
That's a steam-punk word-processor! A friend was telling me about them. Old typewriter keyboards are turned into computer keyboards; and they cost a fortune.
Good luck with the fiction writing habit, Stephanie!
24 September 2012 at 09:29

Stephanie Zia said…
Mad aren't they. Thanks, it still feels like a bit of a pipe dream at the moment but am hopeful it won't be too long.
24 September 2012 at 10:49

Perhaps I'll give the iTypewriter a miss, though. Too noisy. For anybody with an Android tablet, I can't recommend SlideIt highly enough - it enables you to write really fast. But of course it is dependent upon your creative juices supplying the necessary material to keep up.
27 September 2012 at 07:20