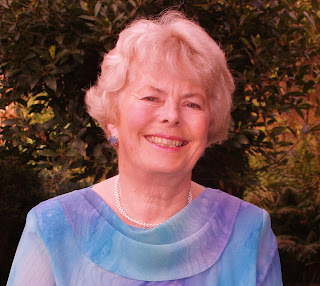 I'm the author of 30 books for children, many of which are now out of print - so I decided to put House of Spies on Kindle.  It was originally published by Andersen Press and is still selling abroad. This is an exciting story set in World War 2.  Villagers are suspicious that a German couple living in the woods are spies.  After Pippa and her mother have to leave their cottage because of an unexploded bomb - Pippa meets a new friend and they become involved with the mysterious House of Spies in the wood.  The jacket for Kindle was designed by my husband, Jim, as I found it cost a lot to get the original.


Recently, I've written an historical novel for young teens (The Cuckoo's Daughter) about my great-great grandmother, Louisa,  who was the illegitimate daughter of the Duke of Gloucester and a Lady in Waiting.  It's set in 1799.  I found it hard to blend fact and fiction - did lots of research and read old letters, becoming more and more sorry for Louisa, who was fostered by a farming family in Surrey but never told who her parents were.  When she elopes at 16 with handsome Godfrey Macdonald, she learns the truth.

Several agents and publishers have enjoyed the story but nobody so far has taken it on.  I know historical fiction is hard to sell to teenagers and I've no gory wars (although Godfrey later went to war against Napoleon) to make the story more dramatic and - with respect for the real Louisa and Godfrey and the time they lived in - there are kisses but no more!  If I can't get a publisher, I shall probably self-publish, both in paperback and on Kindle.  Any advice would be welcome! 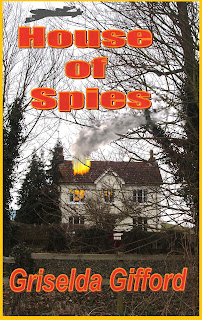 I like going to schools - and have been to a great many over the years, including a fairly recent visit to a French Lycee and  - a long time ago - a spell in Fort Worth, Texas, going to schools in that area. I must say, requests for visits have gone down lately.

I've been working on a pure adventure story - Dangerous Secret - in which Freya discovers her father has another family and also is involved with crooks.  Her father is interested in Norse mythology - which has led me to an idea for a story based on the Goddess Freya and her cloak of feathers.

If anyone wants to get in touch - I am on Facebook and Linked In - also my Website is www.Griselda.co.uk and my email address is GriseldaGifford@AOL.com
griselda gifford guest post

Dennis Hamley said…
Welcome to Authors Electric, Griselda. Yes, getting covers off publishers is a beastly process. But don't worry. I had one of the rudest letters from Scholastic that I've ever received qwhen I asked for some. But it worked out well. The covers I had done instead are IMMEASURABLY superior. That's one of the beauties of Indie publishing. You can revisit old books and do all the things with them that over the years you wished you'd done in the first place and then have covers that you've watched develop from the very beginning turn into exactly what you want: no longer the half-baked ideas of an Art department over which you have no control. Being in control. Marvellous.
30 September 2012 at 11:10

madwippitt said…
What exciting ancestors you had - and it must be amazing writing about them and filling in some of the gaps with your imagination.
30 September 2012 at 13:42