Who wants to write a bestseller? - Karen Bush 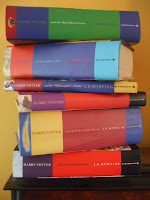 The problem with writing a best seller is that then the pressure really is on to follow it up. Some authors do succeed: the seventh Harry Potter book reportedly had sales of 11 million during the first 24 hours, beating book six by 2 million sales. The series has come to an end, but eyes are once again on J K Rowling this month, with her first adult book due out on the 27th.  Can’t say I’d like to be in her shoes as there are doubtless going to be a lot of people out there hoping to see her fail, and I suspect there will be a lot who run it down, regardless of its quality. 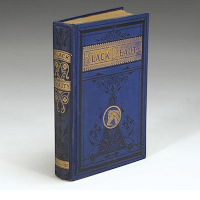 Yes, trying to follow up a best seller must be a tough task. While Rowling has kept on writing and each of her books so far has outsold the previous one, some authors become literary one hit wonders - Wuthering Heights and Black Beauty spring to mind, although to be fair their authors had little chance for a second crack of the whip:  Anna Sewell died five months after publication of her masterpiece, and Bronte a year after hers. There is of course, the possibility that having achieved her purpose - of highlighting the inhumane treatment of horses which was current at the time – Anna Sewell might not have written anything else.
We’ll never know, but in my opinion, it would have been difficult to cap Black Beauty.
Some writers deliberately toss the towel in: think of To Kill a Mockingbird, Catcher in the Rye and Gone With The Wind – Margaret Mitchell hated fame and declared she would never write another word, while Lee and Salinger both became virtual recluses.

Then of course there are those who tried but failed: Bram Stoker will forever be associated with Dracula and Mary Shelley with Frankenstein.  Kenneth Grahame and Richard Adams also wrote other books, but it will always be the best selling and much loved Wind in the Willows and Watership Down for which they are best remembered, and which, like Frankenstein and Dracula, continue to sell. And then there’s Three Men in a Boat, an instant runaway hit, of which J K Jerome’s publisher declared “I pay Jerome so much in royalties, I cannot imagine what becomes of all the copies of that book I issue. I often think the public must eat them.” Jerome himself remained puzzled as to its success, averring that he had written much better and more humorous books. Yet he never succeeded in recapturing the popularity of Three Men, which has never been out of print since it first appeared in 1889.

Yes indeed, who wants to write a best seller?

madwippitt said…
You'd hate it I'm sure. And think of what a stunning view you have from your garret window as you chew on a heel of stale bread and rind of cheese!
10 September 2012 at 19:50

Katherine Roberts said…
The only reason I'd like to be JK Rowling is so that I could have enough money to continue to fund my writing habit, and not have to worry about living in a cardboard box in my old age. But on the whole, I think it's those writers who still have a lot to prove who keep striving to write better books, and who keep at it through thick and thin when any sane person would have given up.

Not totally sure what I'll do if I have a big hit one day, but if I ever do I'd like it to happen a few months - certainly no longer than a year or two - before I die. It would be just too depressing to live on, never being able to repeat it, and having everyone say that once you were famous...
10 September 2012 at 23:57

gerard quain said…
I am sorrowful poet , but my poetry is not sorrowful, to dream of writing a best seller for poet, would be asking delusion to come and visit and stay awhile
11 September 2012 at 16:35