Ebooks: Are authors being ripped off? – Chris Longmuir 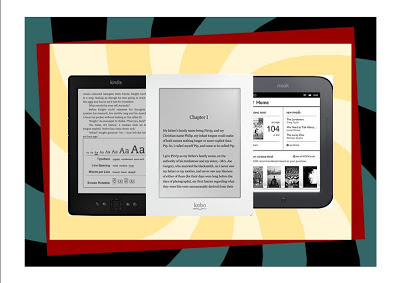 I don’t usually study the business section in my local newspaper, but a recent report on one of the big publishers, I won’t name any names, caught my eye. What the report said was – the publisher “reported increased operating profits during the final quarter. Despite a 2% year-on-year fall in volume, the publisher said margins had been boosted by the lower relative cost of publishing ebooks in the new digital environment. In turn, the increased proportion of online sales led to a reduced rate of returns.” The report went on to say “ebook sales continued to show increased market share in the UK, growing 58% year-on-year during the four months to the end of December.”

Hang on a minute though. I’ve been eyeball to eyeball with various publishers and they all sing to the same tune when you confront them with the lesser costs of digital publishing. Not so, they say. There is no saving. There is still the editing, the proofing, the marketing, and the publicity (what publicity? I think to myself, it’s nonexistent except for the big boys). Anyway, the list is endless of the things they can think up to justify the measly 15%, 20%, or if you’re extremely lucky 25% royalties, they offer to give you for the honour of having them publish your novel as an ebook.

However it would seem, if the business report I read is to be believed, that the publishers are bolstering their publishing houses with the profits from the aforesaid non-profitmaking ebooks. Now, far be it for me to accuse anyone of profiteering from an author’s work, but it did put the question in my mind – are we being ripped off by these very honourable publishing businesses. Well, what do you think?

Oh, and I’m afraid I always like to have the last word, so I’m just going to say that it’s no wonder many authors are now turning to the Indie route and publishing their own ebooks, and I wonder just how long it will be before the publishers have noticed how many of their authors have fled the nest! 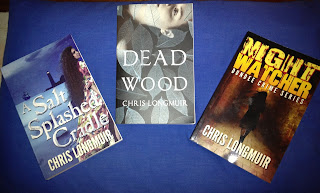 I think the denials are just further evidence that these organisations haven't yet caught up with the true condition of today's markets, Chris. The fact that they've become adjuncts of the real profit makers in their owners' portfolios doesn't help either. Poor things - they've spent so long patronising (in the worst sense of that word) writers that it's uncomfortable and potentially threatening for them to see some of that underclass discovering alternatives to their feudal system.

yes there's no justification for publisher's taking a fat wodge of money for ebooks. many of them are overpriced and have lots of mistakes in them, not to mention generic covers etc. Authors should think carefully before getting ebooks published and getting teeny royalties. Unless the publisher's going to push the book hard, in conjunction with a paperback, it's not going to be worthwhile. I've seen people fall into this trap and some are still falling. Perhaps they feel better to have the validation of a publisher, perhaps they think it's harder to format books for kindle etc than it is.

My American publisher of my historical naval books asked me for the ebook rights, and offered a very small royalty (ten percent, from memory). i said i thought it was too measly, and he agreed - but said all the processing, overheads, etc, meant he couldn't offer more. he also suggested i do it myself, if i could, then i'd get the lot! and what's more, he'd link the books to his site and include me in any further promotions of the 'real book' versions.

Which leads me to think that he, at least, wasn't trying to screw me, and was telling the truth.

This was a year ago or more, and I still haven't got round to doing it. Which leads me to think, further, that publishers may have other uses, too! He also said that if I ever changed my mind, he'd still publish the ebooks for me.

After producing ebook and print editions of There Must Be Horses, I have come to the conclusion that publishers who say ebooks cost the same to produce as print books are either lying or unable to count. It's true that both formats carry costs for editing, cover design, layout and publicity but print books also involve additional, quite substantial costs for printing, warehousing and distribution.

The other aspect of course, is that if the publisher has already invested in the print book and later decides to put up an ebook, then all the costs have already been met, so the ebook is an added extra!

"how many of their authors have fled the nest!"

Each one they've treated badly, of course - and these authors, as they get their wings, fly off and don't return.

It must be scary to become an indie after being a traditionally published author: so many things you now have to do for yourself. But lots of authors have survived the process quite nicely, and are kind enough to write about it.

I remember the anger I felt when I discovered that, out of the $26 a publisher was charging for a book, the author made around $2. The author, without whom the whole thing wouldn't exist!

It is very easy for me to see that the modern system has led to real bargains for readers - WITHOUT affecting how much my favorite authors CAN get out of the deal. As a potential author (and a writer forever), I want to know that authors make real money if they produce real value.

I will not mourn the loss of the middlemen.
ABE

Remember everyone else who is getting their cut out of the deal - foremost distributors/aggregators and they do like to suck you into letting THEM do the formatting/conversion etc - which is NOT expensive or difficult. Everyone wants a piece of the 'writer' but no one wants to admit that the writer is quite key to the whole process. Plenty more writers in the sea eh?

And with that in mind, Jan, I have a hefty library copy of Wicked Trade sitting here on my shelf. Get off yer arse and ebook the series before I've finished it please. I don't think it's even the first in the series... but it proves you have at least one customer out here!

Yes, probably, is the right answer. I do know there's a big fight between agents and publishers going on over this, with some of the agents publishing their own authors' e-books, and giving a much larger cut of the royalty proceeds. It'll be interesting to see how long the 'it costs us money to do this' excuse lasts. It doesn't take much techno-competence to turn a manuscript .pdf into an e-book (and many reviewers are already requesting .pdfs rather than hard copies, so they're around). I haven't been e-published yet, or done it myself, but I know which royalty I'd rather have out of the percentages mentioned!

Cally, i will do them soon, i promise. The Wicked Trade is the second of four. They've always been popular in Germany for some reason. Thanks for buying.