What's Poisonous and Everywhere? - A Review by Susan Price


This is a review of two books.
They have little connection with Authors Electric's usual subject of independent publishing, but as I've spent years watching this poison damage the health of my family, I feel strongly on the subject and want as many people as possible to hear of these books. So I post here, to a larger audience, rather than on my own Nennius blog.
I know I shall probably be accused of being a kill-joy, but I think people should have the information in these books - to ignore if they choose. But an uninformed or misled choice, is no choice at all.

When the body becomes resistant to its own insulin, it’s possible to have both high blood sugar and high levels of insulin. Neither is good news. High insulin levels are a marker for obesity. And Diabetes II.
So, what are the foods that cause soaring blood-glucose and insulin, and the disruption of hormone-pathways?
The answer's simple: the foods we didn't evolve to eat. The food and drink that has that poisonous additive, Pure, White and Deadly. Refined sucrose; aka fructose, or high fructose corn syrup. More and more of the stuff has been added to our food, world-wide, in the past 30 years: corresponding exactly to the ‘obesity pandemic.’
This is what Yudkin said in the '80s, when the Pure White and Deadly pushers tried so hard to discredit him.
Lustig and a colleague undertook some research on figures for sugar-fructose consumption per capita, world-wide – allowing for age and income and even for the fact that not every kilo bought was necessarily consumed. They looked at figures not only for the West, but for countries which have only very recently begun to eat our sugar-heavy diet. When compared with figures for obesity, they expected to find a correlation. Instead, the figures matched so closely that they amounted, Lustig says, to ‘causation’. 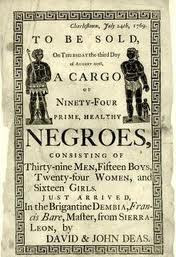 As with Big Tobacco, it’s hard to find something good to say about Big Sugar. It was started by people who felt entitled to kidnap other human beings, and force them to spend their lives working to enrich their captors.
The slaves were freed, but today the industry - and the Food Industry generally - manufactures a damaging, addictive, unhealthy product, while trying to silence criticism and using every trick of advertising and deceptive labeling to dodge the truth about what they sell, and keep us buying more. Like Big Tobacco, Big Sugar tries to hook ‘em young, with cute characters fronting cereals that are 50% sugar. (And, as Lustig points out, Big Tobacco and Big Sugar are often the same companies.)
I suppose you can say these industries are consistent.
They would love you to believe their product is ‘natural’. It’s made from stuff that grows in fields, so it's got to be natural, right? 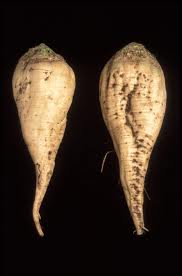 Most European sugar is produced from beet, and that isn't especially tempting in its natural state. Yudkin’s account of what the sugar industry does to its raw material is another jaw-dropping read. I'd forgotten just how processed this ‘natural’ food is. First it’s mashed and pulped to remove all fibre, keeping only the juice. Already concentrated and calorific, the juice is processed still further, and bleached, until the pure white crystals contain no trace of any nutrient whatsoever.
I’ll repeat that. No nutrient whatsoever. No minerals, no vitamins, no protein, no fat. You might as well eat cardboard - except, of course, that cardboard isn't addictively sweet and stimulating to the brain's reward centre.
Pure White and Deadly contains nothing except concentrated carbohydrate in its most empty, refined and quickly absorbed form. It dehydrates and irritates the tissues and is implicated in Crohn's and IBS. It punches blood-glucose high, triggering over-production of insulin – and what does insulin do, besides lowering blood-glucose? – It stores the excess as fat.
Constant repetition of this cycle plays Old Nick with the body’s hormonal system.
Poison
Definitions of 'poison' from the OED: 'Substance that when introduced to a living organism destroys life or injures health (emphasis mine)…substance interfering with normal progression of chain reaction, catalytic reaction…'

Sugar is not a food. It is an unfood. An anti-food. A poison. And it’s addictive. It’s an addictive, poisonous, anti-food.

You cannot win with the stuff. Say that an adult woman needs 2,500 calories a day to survive and maintain her weight. Some of those calories need to be protein, some fat, and some unrefined carbohydrate, from vegetables and fruit or wholegrains. These should supply everything her body needs.
If she eats Pure White and Deadly as well, she must either replace some of the food above, to maintain the level of 2,500 calories; or eat the PW&D in addition to it.
If the PW&D is in addition to her healthy diet, then she not only plays havoc with her hormonal system, but eats more than she needs. Her weight gain will be exacerbated by insulin's tidying up.
If she maintains her calorie level by replacing some of her food with sugar, then she will not only play havoc with her hormonal system, but will be malnourished – which doesn’t necessarily mean thin. It does mean functioning at below full health. Her body, in struggling to deal with a substance it didn't evolve for, will promote storage of visceral fat, even if she doesn’t appear overweight. (She will be secretly fat: there's paranoia for you.)
It’s not guaranteed that she will become diabetic. As with cigarettes and lung-cancer, much depends on individual genetics and luck. But diabetes is certainly in the cards, especially if it's already in your family. If we’re going to take this gamble, shouldn’t we be made, all of us, fully aware of the risk?
Tobacco has its shocking warnings on every packet. Shouldn’t every can of fizzy drink, every packet of  biscuits, cakes, ready meals – and all the other foods loaded with PW&D – carry a large picture and history of an obese person? Take just one member of my family, for instance, a morbidly obese diabetic. She went blind. One foot was amputated because damaged blood-vessels turned it gangrenous. She suffered years of congestive heart-failure, had a stroke, and lingered for a month or so before finally dying. All these ills were complications of diabetes.
Us chubby men and women in the street are told that the obesity epidemic is our fault because we 'choose' to ‘eat too much and do too little.’ While parroting this slogan, the Food Industry does all it can to persuade us to buy food and drink crammed with sugar and fructose. It’s hard to avoid, even when you’re fully aware and check labels obsessively.
Feed your children healthily, and they're made to feel deprived. Why can't they have chocolate and biscuits in their lunch-box, with a can of sweet, fizzy drink to wash it down? Look, that advert says that sweet sticky 'fruit-bar' is healthy, and those chocolates are 'light'. And they don't like porridge, they don't want porridge. Why can't they have the chocolate cereal advertised by the cute funny animals, which is crammed full of sugar to hide the natural bitterness of chocolate?
Like tobacco, Pure White and Deadly is a substance that is only legal because it was first marketed hundreds of years ago. Like tobacco, it would never be passed for legal consumption today, in the light of modern medical knowledge.
The Pure White and Deadly industry’s constant claim is that we know what we’re doing when we buy food containing their poison; that we make a free choice. And they care so very much about our freedom.
Okay – let’s make their claim true. Please, everyone, read these books. Inform yourselves – and then make informed, truly free choices about what you buy and eat.

And Yudkin's: Sugar is Pure. White. And Deadly.

Find Yudkin's Pure White and Deadly as a Kindle book here. (It's also available as a paperback.)

The links to these books are supplied by ViewBook One link is supposed to take you to the correct Amazon store for your location, whether it's the UK, the US, Canada or wherever. I'd be interested to know how well they work!

Susan Price won the Carnegie Medal for her book, The Ghost Drum.
She won the Guardian Fiction Prize for The Sterkarm Handshake.
Details of all her books can be found here.

You've given s a lot to think about, Susan, and the first thing that is going out of my diet is the spoonful of sugar on my breakfast cereal!

Absolutely fabulous. And it's wonderful to see AE pushing the boundaries of site relevance. In the US, another book--which came out a few years after Yudkin's book--sounded the same alarm: Sugar Blues by William Duffy, then the lover of the great 'health nut' Gloria Swanson. I'm fired up now to read both Yudkin and Lustig. Sugar's tough to beast even now because of the hellish deceits practiced by even 'natural' and 'organic' food manufacturers. I'll stop at just one example. We all know that most flavored bottled waters contain sugar or Sucralose or something even worse to get us hooked: even Vitamin Water. Recently, I spotted what seemed like a perfect solution and a sure money-maker: HINT, whose slogan is "Drink water, not sugar". Lightly flavored--with just a hint of squeezed fresh fruit. Hooray! But wait a sec: it also unidentified 'natural flavors'. I'm spotting that phrase everywhere now, but don't know what it means. Nor is it identified through Google. I also spot 'pure cane juice' or some such thing. Or organic sugar. Etc. For now, I'm accepting sweetened with beet sugar...in limited amounts. What a mess!

LOL. Fourth line should start with 'beat', not 'beast'!

The trouble is that even when we do our best to try to cut out white sugar, it's still there, insidiously, in things we don't suspect, unless we read the labels of everything and so spend half our lives in the supermarket. Even 'No added sugar' begs the question of how much was in there in the first place.

Good point, Dennis. One of the changes Lustig wants made to food labelling is that manufacturers should clearly mark how much sugar has been added to their product, rather than simply giving the total sugar. For instance, in a milk-shake, or sweetened yoghurt, there is a certain amount of natural milk-sugar, or lactose, and fruit sugar, or fructose. But by far the greatest percentage of sugar will be refined white sugar (sucrose) or high fructose corn syrup added by the manufacturer.

Lustig wants us to be able to see, easily, that the product contains, say, 7% natural sugars, and 48% added Pure, White and Deadly. He also wants to prevent manufacturers hiding the stuff behind such names as dextrose, invert maltose - yes, and honey, because it all has the same effect on our bodies.

Neanderthals rule! The Stone Age diet is the best way (give or take a little cannibalism - but hey, your steaks from your great uncle are protein, so they won't raise your insulin levels.)

I couldn't agree more, Susan. Best thing I ever did was to cut sugar from my family's nutrition when we went paleo. We use honey or maple syrup as sweeteners occasionally.

Sue, you echo my own feeling that the food industry ought to be targeted, especially the ones supplying lengthy supermarket aisles full of packaged cereals. We do muesli (our own) in the summer, and porridge in the winter. Both are cheap and nourishing. But I keep seeing people buying the expensive stuff in cardboard boxes (someone once wrote that there's more nourishment in the cardboard).