By the time you are reading this, my new novel, the Physic Garden, will be published on Amazon's Kindle store, here. The book is finished, revised - many, many times - and now I'm formatting it, at the same time as looking for last minute glitches and the typos that will have got away from a handful of readers as well as myself. And writing a blurb. The cover artist is Michael Doig. Once again I have to say what a pleasure it is, as a writer, to be able to work with an artist to reflect the contents of the book so closely.
The Physic Garden is the story of a close friendship and a betrayal so shocking that it pervades the whole novel, like the memory of a nightmare. The tale is narrated by William Lang who was once a gardener at the old college of Glasgow University. Now, William is in his seventies and widowed, but living with his family. He has spent most of his life as a cautiously radical printer and bookseller in the growing city of Glasgow, but he has just received a parcel which contains a book called the Scots Gardener, written by John Reid in 1683, as well as a handwritten journal. With these volumes comes a letter saying that they were left to him by Thomas Brown, a gentleman, who has recently died at his country house in Ayrshire. So many years later, the unexpected legacy of the books reminds William of his past, the year 1801 when he was only nineteen and when he and Thomas became friends. The memories come flooding back and he tells us his story.


'What am I afraid of? That a million thoughts, feelings, memories, will come rushing back to overwhelm me? I cannot begin to describe to you the terror - there is no other word for it - engendered by the thought of him, even now, and yet he was as kindly a man as you could wish to meet, one who inspired trust and friendship in equal measure, a man who inspired great love in all those who knew him. I used to think it an unmitigated blessing, used to envy him. I wished that I had been born with such a gift. But now, with the wisdom of my years, I realise that it can be a peculiar curse and a burden, to be a man whom people love. Better by far to be a man who loves unconditionally, for all that such affection may bring sorrow in its wake.’

Some of this is based on truth. There was a gardener in Glasgow called William Lang. There was a lecturer in Botany at the old college of Glasgow University whose name was Thomas Brown. It is clear from surviving correspondence that the two men, who were not very far apart in years, struck up a friendship. It is clear that Thomas valued the work William did in collecting plant specimens for him. Later, when William found himself struggling to cope with a polluted garden and the necessities of providing for a widowed mother and younger siblings, Thomas Brown helped him as far as he could. The printed books mentioned are all too real. But the rest is entirely fictional.

This novel is something of a departure for me, although it's a piece of work I'm very fond of. Most writers seek external validation of some sort. Most writers are supremely lacking in confidence about their own work. I'm no exception. But I have to say that I fell in love with this book as I was researching and writing it, fell in love with the milieu and - above all - fell in love with the narrator, William Lang. I don't mean I fancied him. I mean I became obsessed with him in the sense that I practically felt as though he was living in my head. He still is, to some extent.

Like so much of my fiction,  this began as a stage play: a short play for Glasgow's Oran Mor venue. The Scots Gardener was my original inspiration, followed by an excellent study of the Lost Gardens of Glasgow University, by A D Boney which lead me back to more primary sources. There was a third book, a very old one, but I'm not going to tell you about it here because it may give the game away! The Oran Mor in Glasgow's West End (where the university is now sited, along with the beautiful Victorian Botanical Gardens) produced three of my plays, but not this one. Well, not yet, anyway! I wrote it, rewrote it, decided there was a lot more to the story and proposed it as a longer play. There were plans to stage it in the extraordinary Kibble Palace  in the Botanical Gardens but these came to nothing. The story still nagged away at me and at some point I decided that it had to be a novel. There was more to be discovered and the only way for me to discover it was to allow William to tell it in his own words, in his own voice.

By the time it was finished, left a while, rewritten several times over, I thought it was ready to send to my agent. I also thought it was probably the best thing I had written. But a part of me knew that it wasn't at all commercial. Still, I sent it off, with high hopes that she might spot the quality in it, and that a medium sized Scottish publisher might be interested in a Scottish historical novel. She phoned me almost immediately to say that the young reader she had given it to had - as I've written on AE before - said it was 'just an old man, telling his story' and sadly, for various (perfectly good) reasons we would have to part company. I put the novel away and didn't go back to it for a couple of years. 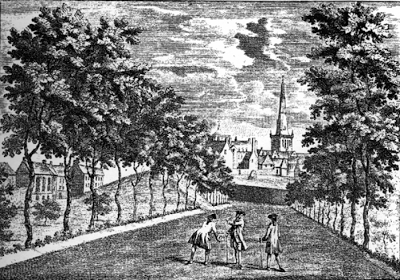 Then, another reader suggested that I should rewrite it in the third person. I wasted two or three months trying but couldn't do it. William's voice was so strong, he was determined to tell his story and nothing I could do would gainsay him! It was quite intriguing how impossible it became to change it - the closest I have ever come to a genuine writer's block. It was as though William was saying, 'If you keep on trying to do this, I'm not going to let you write anything at all. Deal with it.' So I dealt with it and allowed him to speak.

For all that it's a story about profound and heartbreaking betrayal, it isn't all doom and gloom by any means, and I think that's probably down to William himself - he IS an old man, looking back on a long life well lived. But the events he is describing occurred many years previously, when he was young and naive, a little ingenuous - just lovely. I think I'm probably more fond of him than of any character I've ever created. Experience has changed him in all kinds of ways and not always for the worse. Now he is  making some attempt to come to terms with past events, resolving them, trying to tease out important truths about his life, about his own humanity and all this from the perspective of maturity and wisdom. It was a tall order. I've loved researching it, writing it,even loved revising it. 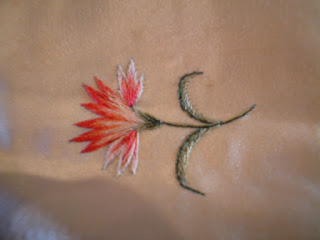 I don't think it's much like anything else I've written. I look at it now and wonder where it came from. I don't think everyone will like it. I have to learn to say - to quote the excellent Seth Godin - 'It's not for you' to those who just don't 'get' it.
But if it is for you, I hope you enjoy it!

Posted by Catherine Czerkawska at 07:30

Wonderful blog Catherine, capturing the essence of the obsessiveness that sometimes (if we're lucky) overwhelms us. And if this is, as you claim, 'the best book [you've] written', it must really be terrific. Good luck with it. I'll tweet and FB it at once.

While 'best' is obviously a relative concept in some respects,having read this book I can't praise it highly enough. I don't think you should worry about people not liking or getting it Catherine - that's actually the mark of something great isn't it? One size fits all does tend to be somewhat mediocre and really fits no one, we just all wear it because we feel we should!

And heartened to hear of the play adapting to a novel as that's where my loins are being girded at the moment!

Praise and reviews are forthcoming on my site and IEBR and Reading between the lines this week. Let's hope many many people get to share this wonderful novel.

I've already bought this book Catherine, and look forward to reading it. I'm Writer in Residence at a Northumbrian Physic Garden so it has an extra resonance for me. Also I've wondered about turning some of my plays into novels, and may follow your example. best of luck with this book, I'm sure it'll do well regardless of the heinous sin of involving 'an old man'.

A lovely blog, Catherine. The Physic Garden will be on my Kindle before the day is out. How well I know the feeling - that you've written something that you KNOW is good, feel it on your pulses because it has taken you over so much that you seem to be living in two worlds at once and the act of writing seems the most joyous thing anyone could ever want to do - AND NOBODY ELSE SEEMS TO GET IT. I love the novel's premiss: a rich situation full of emotional possibility. The paragraph 'What am I afraid of?' is among the most chilling I have ever read. Yes, I'll be putting up a review somewhere soon as well.

Thanks, everyone. And yes - I can recommend rewriting plays as novels - specially when you know there's more to be said. I have one backlist book which exists as a story (published in a women's mag) a radio play AND a traditionally published novel. Literary recycling! But there always seemed to be more to be said and found out so I just kept going! Dennis, that's exactly right. It's OK when you send something off and you know it needs work, when you know it will be helpful to have another perspective on it. But when you've become so obsessed with something and worked your socks off and then it goes to entirely the wrong person for it and they don't get it at all... it does knock you off your perch!

Downloading a sample as soon as I've left this comment, Catherine. It looks beautiful and I'm enticed by your tale of the love that went into it.

What a fascinating, informative and extremely honest blogpost, Catherine.

One of the best genesis stories I've ever read--and also a great battle cry. You went to war in the writing of a novel you truly believed in...even though it might cost you some readers. But it won you a new reader here. How I can not read a novel written with such great commitment and heart. Lookin' forward to it.

I hope it lives up to the blogpost!

I'll review it elsewhere but, having just finished it, I just thought I'd pop in to confirm that it's a wonderful piece of writing and a thoroughly enthralling story. I'd love to read/see how you deal with you-know-what for the stage. Thanks, Catherine, it's a beautiful read.