A Blast from the Past by Ann Evans 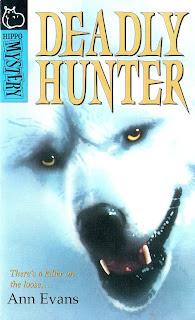 You never know what's around the corner. Just when I thought I knew what my writing priorities were, something new crops up, and I find I'm working on one of my earliest children's books bringing it back to life for radio, an ebook and a POD book, when I'm sure I had something else to do.

It's title is Deadly Hunter and it was my third book published by Scholastic Children's Books back in 1998 in their Hippo Mystery series. It has an animal theme and the story is based around a rare breeds park which is run by a rather unscrupulous individual. Plus there just happens to be a white wolf on the prowl. So there's plenty for my young characters to get to grips with.

When ebooks started to come out, I made a mental note to try and bring Deadly Hunter back as one. So far I've managed to get five other early books brought up to date and put onto Amazon plus a romance and a non-fiction book, but there's only so many hours in the day.

But then just last week I got an email from a professional voice over woman who is just about to start presenting her own show on a new online radio channel, Turquoise Radio. Maybe some of you AE authors got the same email.

She explained that the programme she will be presenting is designed especially for children, and she was enquiring whether I would be interested in having one of my books serialised and broadcast by her. There was a fee, but compared to the amount of coverage my book would get, it seemed well worth it. Although I almost didn't reply. I'd already got lots to be getting on with, book-wise.

Then on a whim I suggested that she looked on my website and read a few pages from the titles I had available that were no longer under contract. Emails began to-ing and fro-ing along with a long telephone conversation where she explained in detail what the plans were – and the decision was made for her to serialise Deadly Hunter . I get to own a copy of her recordings of the book, plus my story goes out worldwide – so it's fantastic coverage from an author's point of view.

Naturally, it makes sense to have the book available on line and as a POD version should listeners want to get hold of a copy. 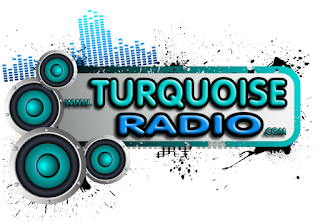 As it has been 15 years since I first wrote this book story for Scholastic, the original document has disappeared off my computer files, probably when I upgraded my computer. So now it's a copy typing job, but at least it gives me the chance of bringing the story up to date.

My character no longer uses a film camera, she's gone digital now so my villain will delete incriminating jpgs off her memory card rather than letting the light in onto the film to ruin it. And what about mobile phones? Should Laura carry one now? No, probably not because there won't be a signal anyway – I'll see to that.

It's funny though, returning to an old story. As I'm re-typing I'm still getting the same old thought processes with various scenes. I clearly remember doing the research on the animals that are mentioned in the plot. When I'd first written it my three kids were all still living at home, I was still married, it was way before I became a grannie. So much water under the bridge, yet it could have been yesterday that I wrote it.  A real blast from the past.

So any day now, Laura, Bethan and Gary - not to mention that mysterious white wolf, will be shaking off the dust and bringing their adventure back to life.

How about other AE authors, have you got all your back list up as ebook now, or are you waiting for that kick start email/suggestion/phone call to get you motivated?

And here's some I did earlier:  http://www.amazon.co.uk/s/ref=nb_sb_noss?url=search-alias%3Ddigital-text&field-keywords=little+tyke+murder+mysteries+ann+evans

Dennis Hamley said…
I envy you Turquoise Radio. I wish someone would ring me up with a proposition like that. But you're right. One of the great joys of reissuing an o/p book as an ebook is to be able to rewrite and get rid of things that have bugged you since it was first published and you never thought you'd be able to do anything about. As long as you don't put a glitch in the new bit, which is what I've discovered in one revision. I'll have, when I get round to it, to republish. I have no intention of putting up my whole backlist: too many are better left o/p. A few favourites more will be republished, preferably ones which are online so I don't have to keep paying for copy-typing - but I'm trying to get new writing ready because that's what it should all be about. I wrote a couple of Hippo Ghosts. Hippo was fun, wasn't it?
13 March 2013 at 09:18

Susan Price said…
Congratulations, Ann! But instead of copy-typing, why don't you use an OCR programme? If you've got a printer that scans, it's much quicker and easier to scan the pages into your computer, and then use OCR to convert them to an editable file. You can still rewrite it - in fact, I'm scanning and rewriting a book of mine at the moment. As mine's sword and sorcery, I'm not having to update quite so much! But I am still editing here and there.
13 March 2013 at 10:00

Bill Kirton said…
Apart from resuscitating old books and stories I've also been coming across stories which seem so foreign that I wonder who I was when I was writing them. There's a lot of rubbish, of course, but equally there are plenty worth saving. I've been boasting recently about the 'success' of a story which I wrote 25+ years ago and published online in 2010. At the beginning of the month I got an email from a film company in LA asking permission to turn it into a small film. Never throw things away, folks.
13 March 2013 at 11:55

Ann Evans said…
Dennis, I'll happily pass your name onto my contact. I have mentioned Authors Electric as being a great source for children's stories, so I do hope she gets in contact. And yes, writing Hippo books was a wonderful time.

Sue, thanks for that advice, I didn't know about that option. I'll look into it.

glitter noir said…
Some very useful info on copying old manuscripts. I retyped April Yule from scratch--and I must say: with this one, which hand't been published, I'm glad that I did type it. I ended up with a far better book because I'd learned so much in the intervening years and I had to pay attention to every word. That said, I wanted to reissue my first published book, The Suiting--and I didn't relish the thought of retyping that one. Thanks again.
13 March 2013 at 22:45