Powder Burn – Publishing an Indie Novel in 2013 by Mark Chisnell 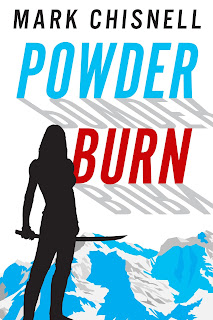 It was back in September 2009 that I self- or independently-published my first novel, The Defector. It had been previously published by Random House in the UK and HarperCollins in Australia and New Zealand. I knew I had a clean manuscript, so it was just a matter of wrestling with the conversion from Word Perfect 5.1 to MS Word. When I’d figured that out, I read the Smashwords Style Guide to format the MS Word document. And then I loaded it onto the Smashwords website. I added a cover that had been designed by a friend and I was done. Ta-daa. Novel, meet world. World, meet novel. I sat back and waited to see what would happen.

The book was read and analysed by my favourite structural editor a while back. I don’t know if that’s the correct name for it (or even if there is a correct name) but by structural editor I mean someone who goes through the book looking for weaknesses in the plot, lack of consistency in the characters, bad pacing – all that good story stuff. The structural editor does not care so much about grammar, never mind punctuation, their job is to analyse the structure of the story. I have to be really happy with the book before I get this edit done – I usually, foolishly, believe the book is finished - but they always spot something, often quite a big thing for the final rewrite.

I finished that rewrite over the New Year and as I think I mentioned previously, this was the last of eight drafts. In early January I was able to create some roughly formatted and unedited copies of the final draft. I asked for ‘Beta’ readers on my Facebook page, volunteers to read the book who would give me feedback. And I asked some trusted friends to do the same thing. In all, about twelve people read it over the next few weeks, and they all had at least one important contribution to the finished book.

While that process was going on, I searched for a cover designer. I’ve previously written about using 99designs.com for my covers, and although I’ve been happy with this I had been looking at other options and I really liked the work of Stewart Williams. I thought he was the right guy for the cover I had in mind. I’d noticed the new set of Thomas and Mercer (an Amazon imprint) covers for Ian Fleming’s 007 books, and really liked them. They use a white background and stand out against the almost uniformly dark covers that are currently fashionable. John Locke was doing something vaguely similar and I figured that these are two pretty savvy operators - perhaps white backgrounds and graphics was a bandwagon I should jump on.

Stewart liked those other covers too and was happy to work along those lines. We quickly struck a deal and he started work. It took three or four weeks to get the cover right, and during this time I was working on the changes to the manuscript suggested by my Beta readers. By the beginning of March, I had a cover and I had a story I was happy with – it was time for the manuscript to go to the copy editor. I use a guy in the States, Neal Hock and I had already scheduled the copy edit with him. Neal usually takes a week to ten days to complete the copy edit, and when the manuscript comes back I mostly just had to go through it clicking ‘Accept Changes’.

The final stage is the formatting and as I said, I used to do this myself. I’m still comfortable preparing the manuscript for Smashwords and Kindle Direct Publishing, but I decided to get some help with an ePub edition to load to the new Kobo direct publishing option, Writing Life. I used the same person that had previously done my CreateSpace PDFs, Heather at the CyberWitch Press – unfortunately, she’s closed to new clients, otherwise I’d recommend her, she’s wonderful.

Once I have the final files ready - Heather is working on them as this is published - it’s just a matter of loading them onto Smashwords, Kindle and Kobo and pressing go at the right time. For the Kindle that will be 3rd April. Of course, that’s when the real work begins. Back in 2009 I just sat and waited to see what happened next, this time I’ll be a little more proactive, but I’ll tell you about that next month.

Ruth Harris said…
Mark, Thanks for an interesting insight into the amount of work necessary to get a book ready for publication. Lots of it is "invisible" to the ultimate reader but all of it matters!

Dennis Hamley said…
Yes mark. Lovely cover, punchy and straight to the point - like, I have no doubt, the book. And a very recognisable account of an extraordinary process.
23 March 2013 at 11:07

glitter noir said…
Mark, I loved our old covers...but we're all on the learning curve here and I trust your instincts. Will eagerly await the next installment about your proactive measures. I expect your sales to go through the roof.
23 March 2013 at 17:39