From 25th August I began humming ‘The Carnival is Over’ to myself. Okay, it wasn’t a carnival, but an ebook festival, however it’s well and truly over for another year.  As, it seems, is summer. I’d like to thank all at AE who contributed, visited, spread the word and hope that they all enjoyed themselves – virtually at least. Personally, it feels a bit like I’ve had my community service order revoked.  I’m glad it’s only once a year. Attendances were up from 9,000 to nearly 11,500 which is pleasing (especially given it was over 14 not 17 days as in 2012) and over 500 people took the FREE Goody Bag. So I guess it was job well done. But I’m mightily glad it’s over. Time to move on.

September for me is always tied up with the idea of ‘going back to school.’ Never mind that in Scotland most schools go back at some stupid point in August (at which point the weather invariably perks up for a bit), for me September is associated with new educational endeavour and buying of stationary, which are two things I like doing. I don’t buy much of anything any more, and I think I’ve finally given up paying for education but September always turns my head in that direction. Reading. Writing. Studying. A fresh start. New challenges.  And this year is no different. 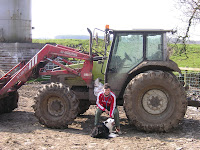 It may seem strange to think of September as the start of a year, but I’ve read somewhere, I think in gardening/farming context, that this is the case.  It’s not so daft. Think of it. Harvest is when everything comes to fruition. And the new growing year starts.  It’s wrong to assume that after Harvest we are all plunged into nothingness with only Christmas to help us on our way until the spring provides a new start. If you live on or with the land it’s simply not the case.  September/October (depending how far North/South you live) is the start. It’s the time for putting aside the old, planning for the new and it may be followed (as it certainly will by me this autumn/winter) by a time of hibernation. But this is not a dead time. It’s not a time when nothing happens.

For me, these days the winter is the time I get most work done. The distractions of the sun outside and the grass and vegetables growing and that need to get some real vitamin D into one’s system gives way to ever increasing darkness (down to 6 hours a day of light here in the depths of winter) and inclement weather which just begs you to sit down and work.  No more motivation needed. The heat generated from a computer in a small room like my study is enough to do away with the necessity for heating for a long time (which with the price of heating oil in an uninsulated house is a good thing!) 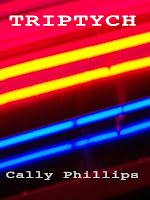 I also, as any who have read my plays will understand, have little belief in the fixity of beginnings, middles and ends. I think they are all around us, and in a profound sense ‘all moments are one moment’ and yet time is totally relative.  But for me, this September, I move into the middle of a new beginning. I’ve planted and now it’s time to nurture. My ‘harvest’ will begin in April. And I have to confess that this new creative venture sees me turn from poacher to gamekeeper. I no longer feel (or want to feel) that I should describe myself primarily as a ‘writer’ because I’m making a huge leap into ‘being’ a publisher. The 'new' company was established back in February. My first catalogue will be out in April 2014. I have another three planned. I have a fairly comprehensive five year plan. Which leaves little or no time for personal creative writing. Am I bothered by that? No more than the non-legions of people who don’t buy or read the fiction I’ve already written.  I’m happy that I’ve found a way to use all my gained skills in an important endeavour – promoting the work of other undervalued and forgotten writers.  So that’s what I’ll be up to.


I’ll still pop up here once a month (as long as I’m still eligible) to write my post – I have a three part ‘I love libraries’ post almost ready for uploading. But in practical terms, you won’t see me till the New Year.  I’m not ignoring you. I’m just a being a publisher. And I’m busy working with my dead authors society.
authors electric Cally Phillips e-book publishing Ebooks edinburgh ebook festival harvest New Year on-line Festival publisher September

JO said…
Thank you for all the work you did with the festival, Cally - it was truly wonderful.

Lydia Bennet said…
yes congratulations on the success of the Edinburgh Ebook Festival, and good luck with Guerrilla Midgie publishing. I was interested to realise that the original pagan feasts (one becoming Christmas) were in winter because that was the time of plenty - harvests gathered in, food about. Spring time was the hungry time, when supplies were running low.
4 September 2013 at 11:18

Bill Kirton said…
You've definitely earned a long time-out, Cally. Thanks for all the festival work. It must be gratifying that it was so well-supported but it was definitely your baby. Good luck with the new venture.
4 September 2013 at 12:02

Jan Needle said…
that goes for me too, cally. and i see you're still helping out your muckers - you've downloaded the freebie of Death Order, which apparentl is good for my algorithms. sounds painful, but it's here: http://amzn.to/196VA1u

glitter noir said…
Thanks for your hard work on the festival, Cally. And great luck on your publishing venture.
8 September 2013 at 14:51