Do your squirm in your chair at the prospect? You should.  The APE’s a beast made up of three horrific parts. Each in undiluted form is toxic—even lethal—so let’s give thanks we seldom encounter them as concentrates. 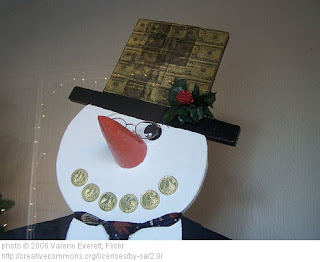 Most toxic of all: the ACCOUNTANT. In the pure state the Accountant would prefer to peddle widgets than slave over troublesome word-things; he’d rather have his teeth pulled through his dick than sit and write*. He’ll sit at his computer screen and monitor his sales all day, comparing his numbers with those of his foes. At night he dreams of oracles who tell him better ways to move the units he produces. 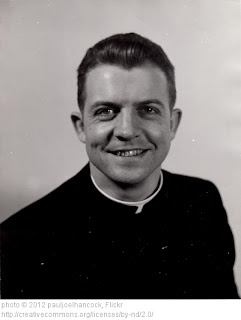 Only a little less toxic: the PRIEST, a beast who’s obsessed with perfection. He dreams of writing books that readers must put down repeatedly—to gather a tan in the sun of his style or savor a tryst with a foxy young phrase. He’d be happy to spend his whole life on one book, and would sooner watch an infant die than fail to nail a metaphor. 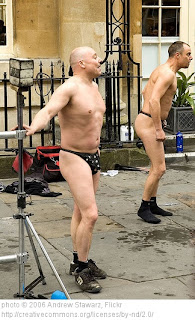 Last up: the ENTERTAINER is an emotional vampire--like the Vegas comedian begging for laughs. He lives for applause; he campaigns for reviews; and he cannot feel loved unless others have failed. He’s the one you take home to your mother—if you want her to croak from revulsion or shock.
Segue to a positive turn in our tale:
Most writers manage to fuse two of three—and in the union white magic occurs. We can not only bear but enjoy the results.
----James Patterson is primarily an Accountant with a healthy streak of the Entertainer. The same, I believe, could be said, of Erle Stanley Gardner, Max Brand, Harold Robbins, Jacqueline Susann…
-----Entertainers mixed with Accountants include Agatha Christie, Stephen King, Dean Koontz, Danielle Steel, James Michener, Herman Wouk…
----Vladimir Nabokov and Nicholas Baker, have shown how successfully Priests can combine with Entertainers. Especially when peddling sex.
----Speaking of which, I’ve decided to add #Linda Lovelace right here as a hashtag.

Now, two out of three isn’t shabby.  But the writers I love best have gotten it on with all three:  Charles Dickens, G B Shaw, Gore Vidal, Norman Mailer, Truman Capote, Lawrence Sanders, Tom Wolfe…All were gifted stylists, shrewd businessmen and lively entertainers.

Is it easy? No, it’s not. I doubt it’s even natural. Secretly, we may regard the APE with pure disgust. That’s fine. The trick is to learn to dig having red-hot sex with it. The public will know if we’re faking or having the time of our lives.
Well, now. My friend Bill Kirton just piped up in the back:

“Reb that’s all well and good.—and yet you’ve copped out on the answer. I demand to know how to have red-hot sex with my damned dirty APE.”
Carefully, Bill. Carefully. Chain it to the bedposts first and be sure to curl its toes.

Felicia Moore said…
Your provocative title brought me here, but your lively and informative prose kept my eyes glued to my computer screen while sporting a happy grin. As ususal, I enjoyed every word! You are quite the wicked rascal. Your blogs always leave me wanting more.
12 September 2013 at 05:46

Bill Kirton said…
I read, I see the images, I scroll down - and there I am, just slightly below Shaw and the other illustrious names. (Thank God you didn't use me to illustrate the entertainers bit.) As for your response to my hypothetical question ... OK, I've chained it up, its toes are curled, its nails clipped, the gimp mask is in place, but what do I do now?
12 September 2013 at 10:08

glitter noir said…
Thank you, Felicia and Bill. Bill, I can be no more specific...but am confident you'll end writing a follow-up post.
12 September 2013 at 14:41

Lee said…
Reb, you may want to see if Albertson will review your success with red-hot sex:

Lee said…
I know the link is OT, but since we often comment here on Amazon reviews, it's amusing to see how they can become something of an art form in themselves. Aint the new media great?
13 September 2013 at 08:22

Lee said…
BTW, Reb, it's interesting that you mention Kosinski, since Being There was a favourite of mine years ago. Have your read it recently? I think I must look at it again, because I recall it as rather potent satire - something all of us who traffic in the media could benefit from!
13 September 2013 at 08:48

glitter noir said…
Lee, Being There has remained one of my favorite books. Now that you've mentioned it, I'll go back one of these days for another look. I'm sure I won't feel let down. Great book by a brilliant writer who fell too far out of touch with his Priest in his later books. Being There doesn't pale in comparison with Candide, imo.
13 September 2013 at 13:17