Author, Linda Gillard, has written on occasion about the constraints of genre on fiction, or, more particularly, the problems “genre-busting” books can present to publishers, and their marketing departments. 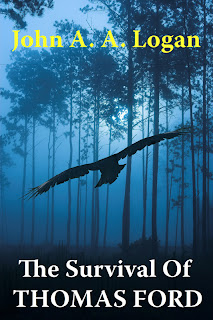 In June, I wrote here about the Bookbub promotion I did in April, to Bookbub’s Mystery, Thriller, Suspense subscription list (which is now no longer available and has been split into two lists). This had a successful post-promo effect of about 50 new Amazon USA reviews, and 1000 sales at the $2.99 post-promo price.

As a further experiment in “genre”, I submitted The Survival of Thomas Ford to Bookbub’s literary fiction list at the end of August.

On this occasion, I also used EBOOKBOOSTER, which Mark Chisnell had mentioned using in an earlier blog here. EREADER NEWS TODAY and INDIE BOOK BARGAINS sent Thomas Ford out to their subscription lists as well.

The post-promo experiment result seems to have been that the “literary fiction” list were just as happy to download and review Thomas Ford as the “mystery/thriller/suspense” list had been in April. A “genre-busting” result?

When the book went back to its regular $2.99/£1.95 price, I noticed that The Survival of Thomas Ford went to number 27 in the Kindle Literary Fiction chart on Amazon UK.
David Mitchell’s CLOUD ATLAS was just above at 25; THE GREAT GATSBY just below at 29.
Ford also appeared at number 30 on the bestselling chart for all literary fiction on Amazon UK, paperbacks included (even though it only exists as an ebook).

Of unique interest this time, though, was the appearance of The Survival of Thomas Ford in a new (to me) Top 100 category, when it came in at number 30 in Women’s Literary Fiction.
For a few moments, I panicked.
How was I going to sort this out? I’m not a woman.
I thought Amazon had somehow accidentally put me on a Top 100 list of female authors of literary fiction.
Genre-busting had perhaps gone too far and morphed into gender-busting?
How do you even contact Amazon to explain such a problem? Where do you start?
I think I even clenched a fist, staring at the screen.
Not that I wasn’t honoured to be in such fine literary company.
I scoured the Top 100 Women’s Literary Fiction list.
Margaret Atwood, Alice Munro, Louisa May Alcott…

I was starting to remember now…there had been some online controversy a few months ago when this list was created.
Women authors had been writing online that there was no need for such a list, that “literary fiction should be literary fiction”, with no gender preference necessary.
They considered the creation of such a separate list a step backwards.

I couldn’t help liking the idea, though, that somehow The Survival of Thomas Ford was now on a spectrum where it sold happily as a crime thriller at one end, while simultaneously entering the Women’s Literary Fiction Top 100 at the other end, sitting between D. H. Lawrence and Ernest Hemingway, but just along from Muriel Spark and Virginia Woolf.

Around this time, The Survival of Thomas Ford had its 104000th download.
In the same week, its 104th review turned up on Amazon US: 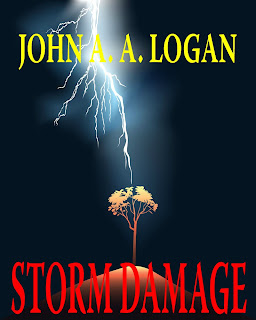 I’d also like to mention here that my other ebook, Storm Damage, won Best Short Story Collection last month, in the eFestival of Words Best of the Independent eBooks Awards 2013.

Thanks very much to everyone who voted.

This is even more of an area where genre/form is supposed to dictate sales/success levels.
13 years ago, my first literary agent impressed upon me that short story collections were impossible to sell.
Three years ago, my second literary agent confirmed this.
14 months ago, I blogged here on Author’s Electric about the revived potential of the short story collection in the epublishing age:
http://authorselectric.blogspot.co.uk/2012/07/return-of-mighty-atom-by-john-a-logan.html

Linda Gillard said…
Well done, John. You're an inspiration to us all.

Amazon Publishing recently contacted me to ask about my next book. I wasn't sure I wanted to give up independence, but I was interested to know what they might offer as bait. They asked for a synopsis and 4 chapters of my wip which is another of my genre-busters - a family drama with romantic & paranormal elements.

Amazon got back to me with a No. The novel wouldn't fit either their Romance imprint or their Historical Fiction imprint, which is where they were hoping to place me.

I was relieved I wouldn't have to make the big decision, but I was very disappointed to learn that Amazon who have been such great innovators elsewhere, have decided to publish in such an old-fashioned way.

Nick Green said…
"You have a WOMAN'S literary fiction, my lord!"

Áine said…
“Everyone will want to read my book!” Definitely not. Even the best-selling books – that sell 2 or 3 million copies in a year - only reach about 3% of the reading population. And who buys the books? Who reviews the books? A survey by Bowker and BML indicated that in the U.K. 60% of book buyers are women; in the U.S. 71% of book buyers are women. Check the 105 reviews for Thomas Ford - most of the ones who use given names are women.
11 September 2013 at 15:01

Margaret Tanner said…
Hi John,
Another wonderful blog. Your statistics are astounding. You must have been very flattered that the reviewer picked up your "Scottish voice."