I'll drink to that. By Jan Needle


Happy is the man, someone once said, who can make a living out of his hobby. I think people who know me well might want to emend that to “Why can’t he take things more seriously? He turns everything into a cause for smiling, lucrative or not. He’s a disgrace.”

Which is a pretty tortuous introduction to a series of not-very-well-connected thoughts about the process of bringing a book into the world. Or bringing it into the world again, to be fair, because it’s a rejig/refocusing of the first novel I ever wrote. And as I blogged about it last month, I’ll take a completely different tack to help you not to doze off.

The book is called Wild Wood, and Julia Jones’s imprint, Golden Duck, is publishing it. And I’ve been enjoying myself immensely in the process, possibly because Julia and my son Matti Gardner have been doing most of the work. I only wrote the thing, and for the pain of that I refer you to my first paragraph.

Now one of the early chapters is called No Trouble Brewing, and features the hero’s mother, Daisy Ferret, at her annual ‘brewday.’ She turns the family home into a wild and steaming riot of liquor (which is what brewers call water), malt and hops. When this year’s brew is finished, she opens up a few bottles of killer barley wine matured from the year before. Miraculously, without having been warned or informed, the thirsty denizens of the Wood turn up on the front doorstep with tongues hanging out. Just passing by, naturally…what a coincidence! The few bottles become a few dozen.

Being a beer man from way back (a lad I used to work with as a junior reporter became one of the founders of CAMRA), I love this scene, and have always wanted to taste Ma’s mythic brew. And suddenly, a week ago, I had a brainwave.

Not far from me in the Pennines, deep in the bowels of an ancient woollen mill, is a small but thriving brewery. I’ve tasted some of their brews, which are wonderful, so I rang them up. Told them about Wild Wood – and told them of my cunning plan. I visited. We talked. Tony Harratt, his wife Mary, and their brewer Richard Thomas, a man so young I thought at first he must be on work experience. 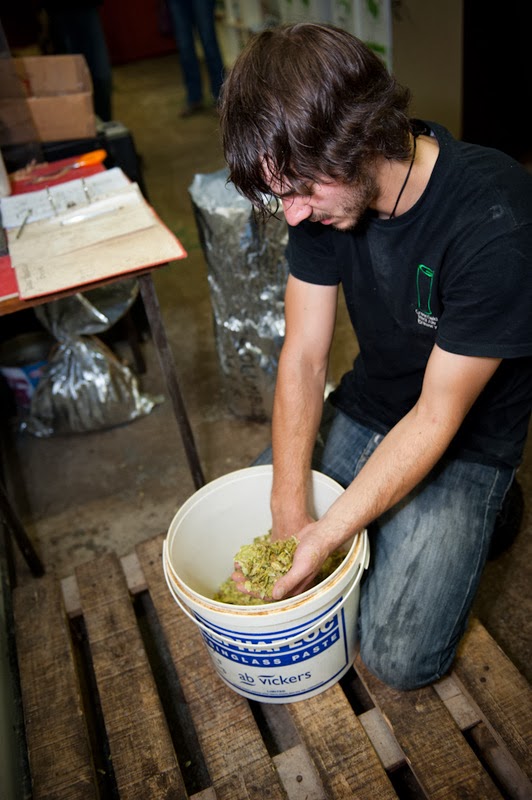 A brewer! With his own hair and teeth! OMG, where did my life go wrong?

So now the process is up and running. We talked through their brews (without tasting – it was morning, and I’m a consummate professional!) and are going to chose a recipe, which will be printed in Wild Wood. You liked the book? Now taste the beer! Even better, now BREW the stuff! I can feel the ghost of Daisy  smiling over my shoulder. Ferret Fame at last!

My more worldly associates asked me the usual modern questions. WTF, basically. How much is it costing? Who gets what out of it? My answer is the same as Greenfield Brewery’s – who knows. Seems unlikely to make anybody’s fortune, but if it spreads a little pleasure, that’ll be fine by us. As Grusha said in the Caucasian Chalk Circle, ‘bei mir ist dass recht.’ (It was Brecht’s birthday last Saturday, incidentally. But he didn’t bother much with drink.) 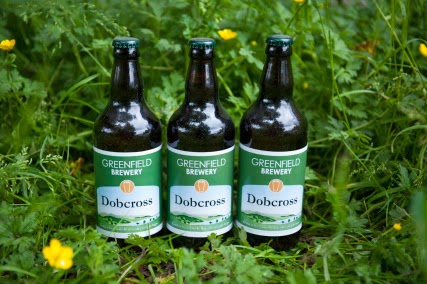 So there you have it. Another way of getting pleasure out of work. I wish it was a concept I could bottle.

The brewery, incidentally, sells in local pubs and clubs, and runs guided tours with beer and meat and potato pie thrown in. And two thirds of the organization went to school with my kids. Let’s keep it local, eh?

Bill Kirton said…
Forgive me, Jan, for I have sinned. I have not drunk beer or ale for years. Instead, I have polluted the body God gave me with wines from France, Chile, New Zealand, Italy, Germany and even America and South Africa. My excesses also include pouring Bailey's over my ice cream. There is no health in me. How many bottles of Greenfield's must I drink to atone?
P.S. I do, however, share your tendency to avoid taking too many things seriously, and I like the sound of that first novel. My own first has won me a couple of awards but nowadays clearly needs a lift. I shall trawl the vicinity for recipes.
15 February 2014 at 11:03

madwippitt said…
Looking forward to reading it ... barley wine - now there's a memory - the cheapest way to get merry in my yoof ... (this was in the days before supermarket White Diamond)
15 February 2014 at 11:44

Lydia Bennet said…
omg Barley Wine was lethal stuff! Well I can't drink alcohol at all these days (migraine trigger :( ) though I hope to get back to it one day and spend the autumn of my years wasted on tequila and cocaine. ATM I can't even eat a cube of cheese. But brilliant idea for 'merchandising' or adding value to two great 'brands'! Good luck with Wild Wood, Julia has clearly spotted a winner and it's going to be fab. Keep us posted!
15 February 2014 at 12:18

Jan Needle said…
Tequila is the only drink
That makes you think you're Ghengis Khan
Or Superman.
And when your spouse runs through the house -
Well, waddaya know
Brigitte Bardot!

I bought a self published book of poems by a man called Jake Trussell, 'the Texan poet' in a Portsmouth folk club when i was sixteen, and drinking (God help me!) Brickwoods bitter. That was the only poem I remember, and I can't forget it, however much I drink!
15 February 2014 at 12:30

julia jones said…
Latest venture progresses well - Matti does the work. I impose deadlines, Jan puts his All in to Ale.
15 February 2014 at 16:56

Debbie Bennett said…
I used to get paid for going round breweries - everything from the vast Berkshire Brewery to the little independents and a housemaster's attic at a very exclusive boy's boarding school. I Think there's a book in there...
15 February 2014 at 18:32