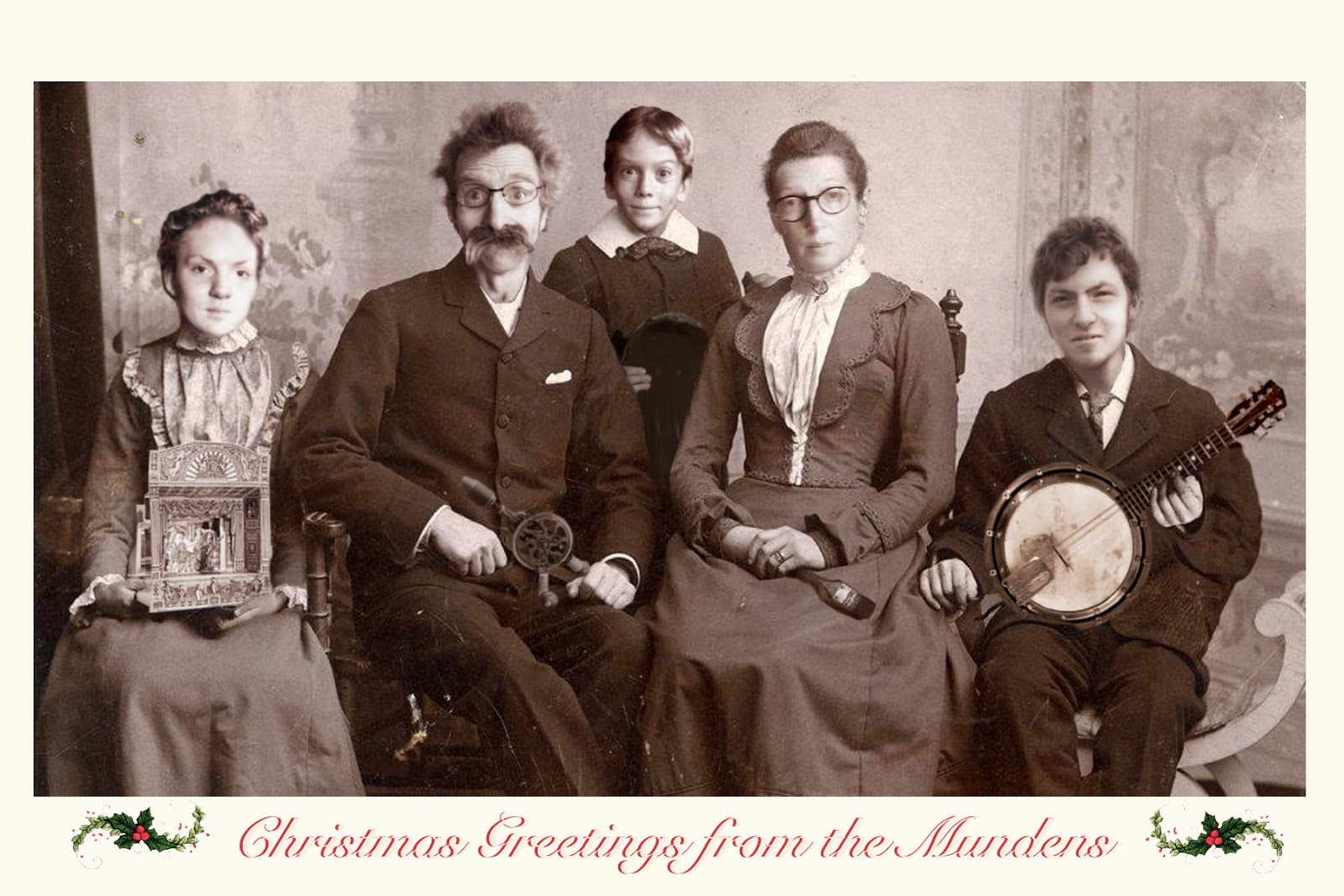 I'm opening this post with a seriously silly Christmas image of my totally anarchic Cornish family, very expertly photoshopped (they don't actually look like this!) There's something Lizzie Borden and rural America about it, and I do feel that one of the adults might be about to run amuk with an axe! I haven't yet played with Photoshop, but must, one day.  The possibilities it presents for serious mockery, or even libel, are endless.

The subject of serious mockery inevitably leads to the Charlie Hebdo massacre in Paris. We lived in Paris for two years, and have good friends there, so it felt very personal. Ruthless dictators, and the nastier of the invented deities, have one thing in common: they cannot bear to be laughed at - which is why we have cartoonists brave enough to do it. What a murderous, unfunny thug Hitler was, and such a gift for another Charlie - Charlie Chaplin.  Charlie Hebdo picks on everyone, not just Islamic extremists, and its style is brutal - not a style I warm to, but I wouldn't commit murder to stop the magazine. I'd just not buy it. However, the extremists needed the publicity, which is precisely what they got. They also love the word 'spectacular', which we normally apply to musicals, or firework displays - how in love with 'celebrity' they are.

My totally inoffensive book for very young readers came out this month - the story of a spider's increasingly frustrating attempts to construct a web, with delightfully funny illustrations by Gabriele Antonini. And, once again, this month, I'm working to a brief, which is always challenging - I much prefer setting my own agenda.

Back to murder - the fantasy kind. I do have a couple of (nameless) publishers on my hit list. There are the ones who never respond, no matter how impressive your track record, and even having an agent seems to make no difference. There are those who, due to delicate feelings, or, more likely, forgetfulness, cannot bring themselves to say 'no'. One of mine, a very major publisher, put a novel out of print, and then proceeded to republish it in a tiny, low-quality version. They are big, and I am small, so no point in pursuing it, but I do have a large arsenal of virtual nuclear weapons some of which I'm more than happy to donate to any mistreated author. 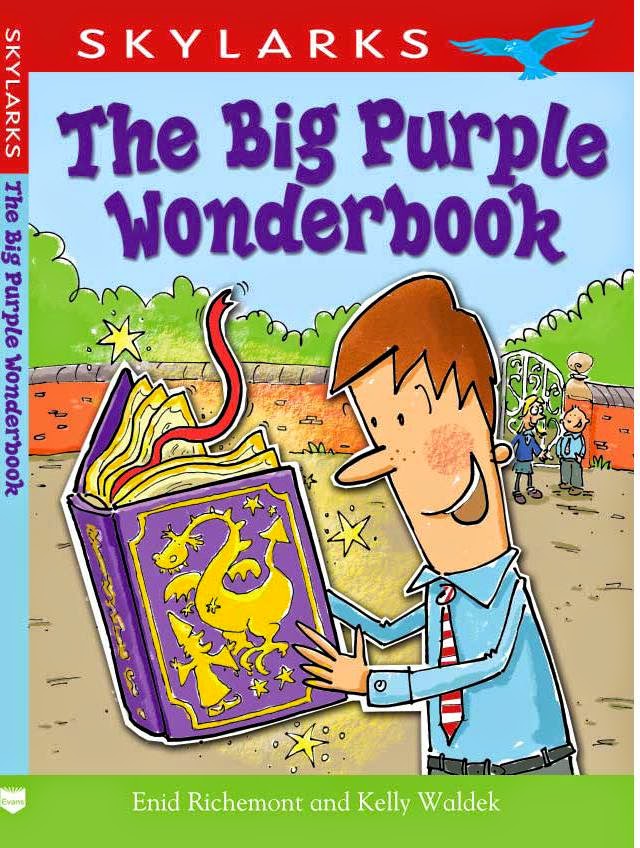 Finally, there are the small presses that get taken over by slightly less small ones, and who, in the process, seem to lose a book entirely. The fate of this one, I think, I shall never know, which is rather a shame because it's good. Indie authors may have their problems, but at least they are in charge of their own work. And, happily, none of my re-published ebooks will ever go out of print.

Hope all goes well for you with the spider book. It looks fun