That Was The Year That Was by Ann Evans

Happy New Year everyone!  So how was 2014 for you writing-wise? Did you achieve everything you were hoping to achieve?   If you made a new year's resolution did you stick to it? If I remember correctly my new year's resolution for 2014 was to write more and try to get more stuff published.

Looking back, I haven't done too badly and it's certainly been an interesting year with magazine articles and some new books out. So I thought I'd post a few photos to illustrate some of the highlights and successful bits of 2014.

I try not to harp on about the disappointments, such as being asked to try for a non fiction series with a publisher that I'm working with on some fiction books. Fab! I thought and pitched four ideas... or rather I would have pitched four ideas, had I remembered to send the email. Somehow - don't ask me how, but it ended up in my draft emails rather than being sent. And there it stayed until it was too late and the slots had all been filled. Doh!!! But I won't harp on about that!

So, onwards and upwards. Here's some highlights from 2014... 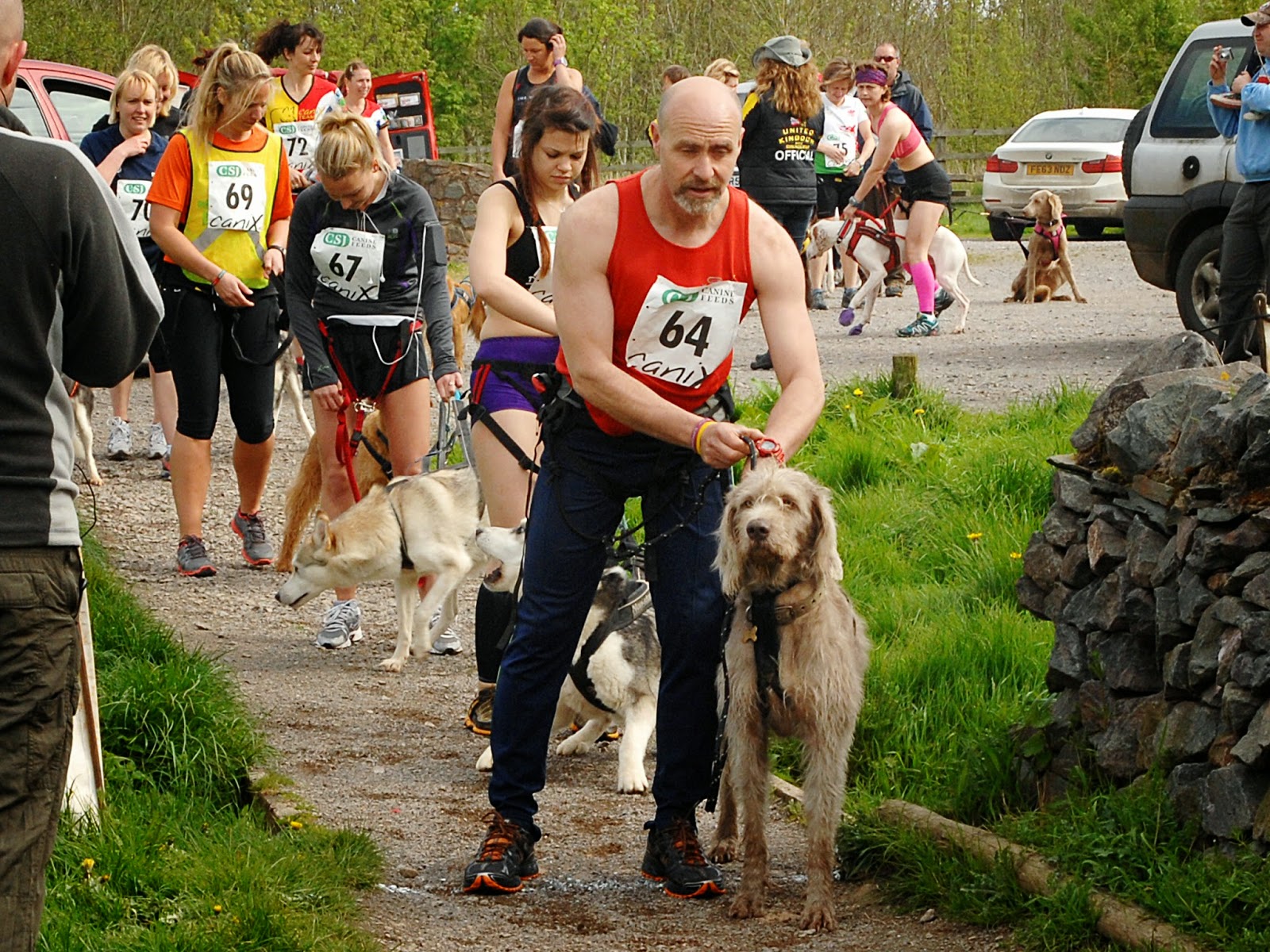 Going along to a CaniX cross event was fun. This was for an article for Dogs Monthly, which will probably be out in the February edition. Another name for CaniX is running with your dog and this lot were pretty good runners! My good friend and photographer, Rob had to do a bit of running to get the photos he wanted. Me? I just waited till they'd finished. 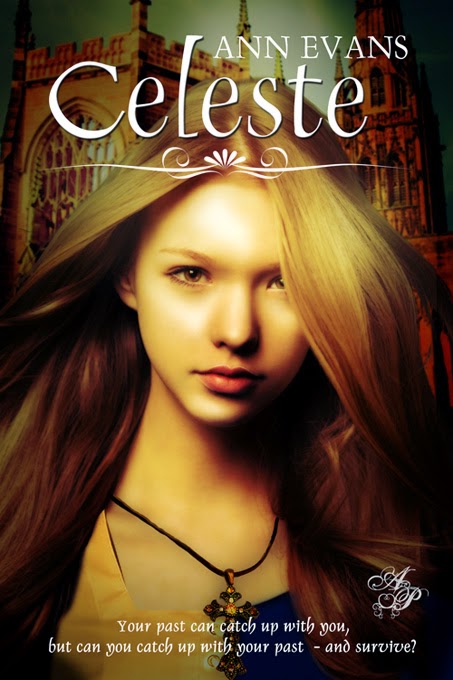 My time slip novel, Celeste and YA book, The Uninvited were published by American publisher Astraea Press. And along with publication came a whole community of friendly Asraea authors similar to our Authors Electric in the way they keep in touch and offer support and advice. 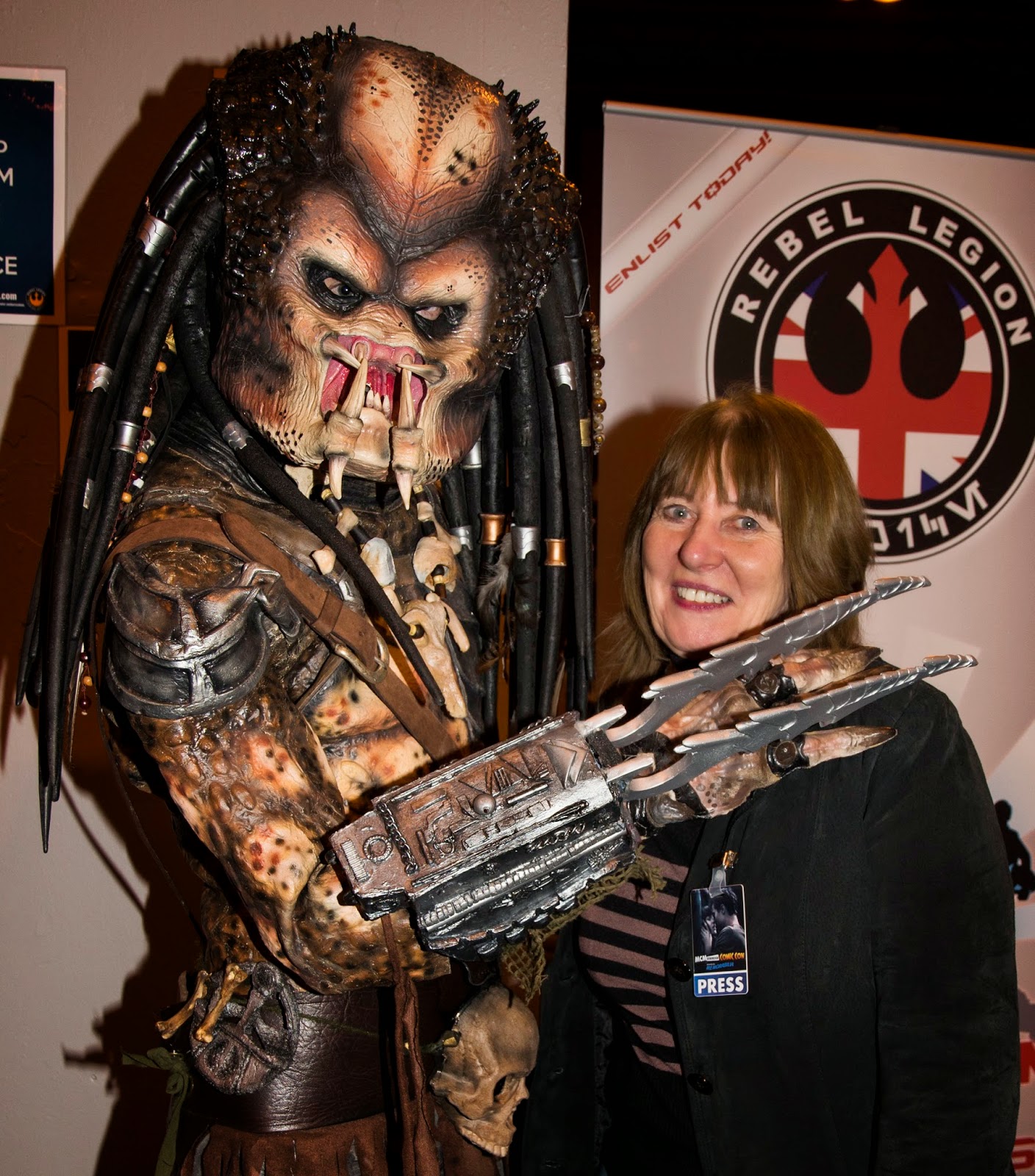 I go along to quite a few toy fairs for Collector's Gazette, which are often very nostalgic events as you can't help but spot toys, books and games from your own childhood. One of the biggest events is Memorabilia which has now linked up with Comic Con. Here fans of films, TV and toys of yesteryear mingle with today's manga and computer game enthusiasts. Many of them go overboard and dress up as their favourite fantasy character. Trust me to try and interview the Predator! 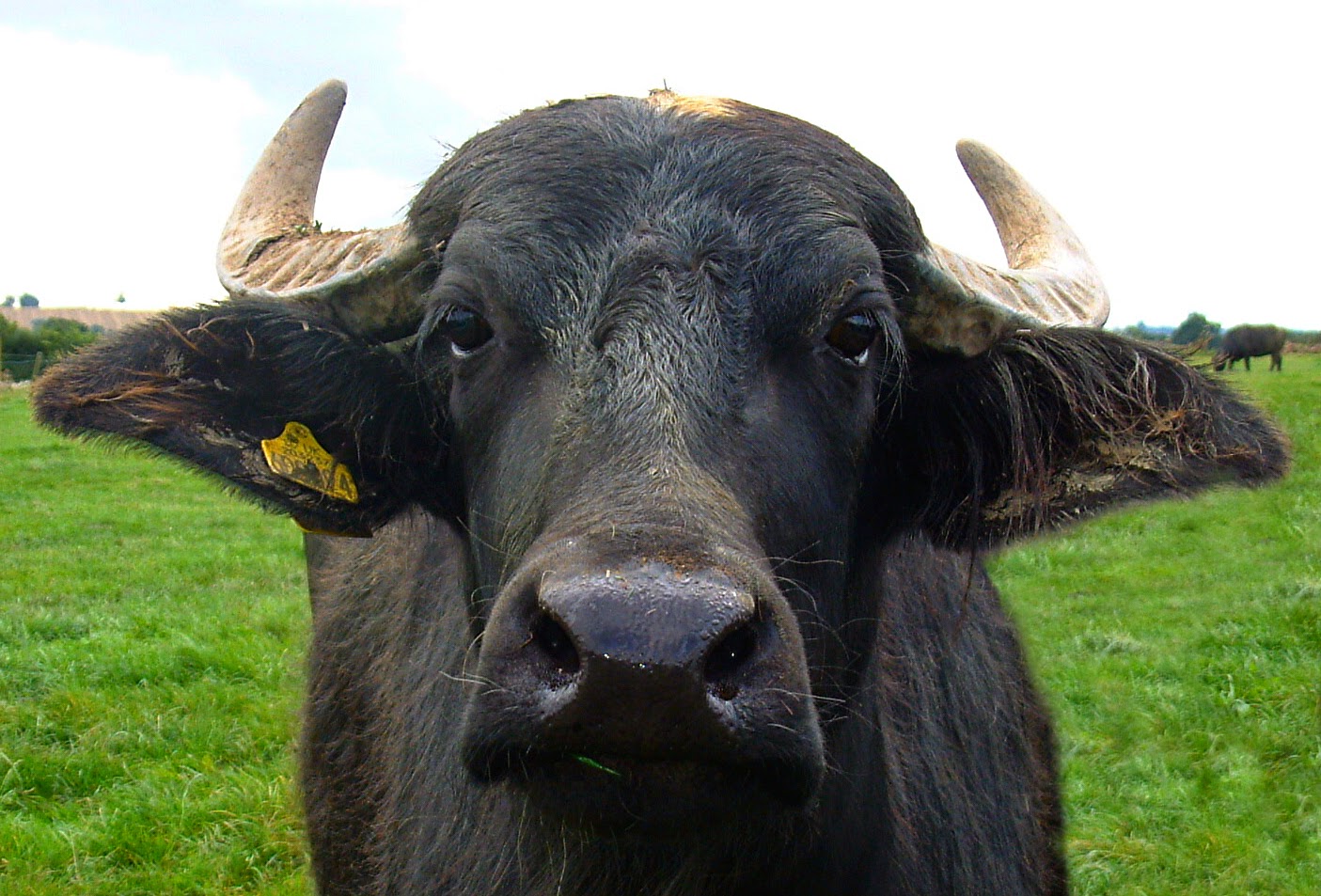 Writing an article for The Countryman for 2015, we popped along and met up with this chap (above) and a few dozen more. Buffalo are a bit more temperamental than your everyday cow and they can come as a surprise as you meander through the rolling Warwickshire countryside if you don't know there's a herd of water buffalo living locally! As you can see they are rather large animals weighing up to three quarters of a ton. When they are babies however they have cute coconut tufty hairstyles, massive blue eyes and gorgeous long eyelashes. 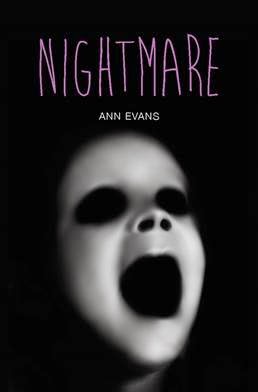 A major highlight of the year was writing some horror books for Badger Learning for reluctant readers. Nightmare came out a few months ago as part of their Teen Read series and there's two more 'very high low' illustrated books coming out this month, Red Handed and Straw Men are part of their Dark Read series. 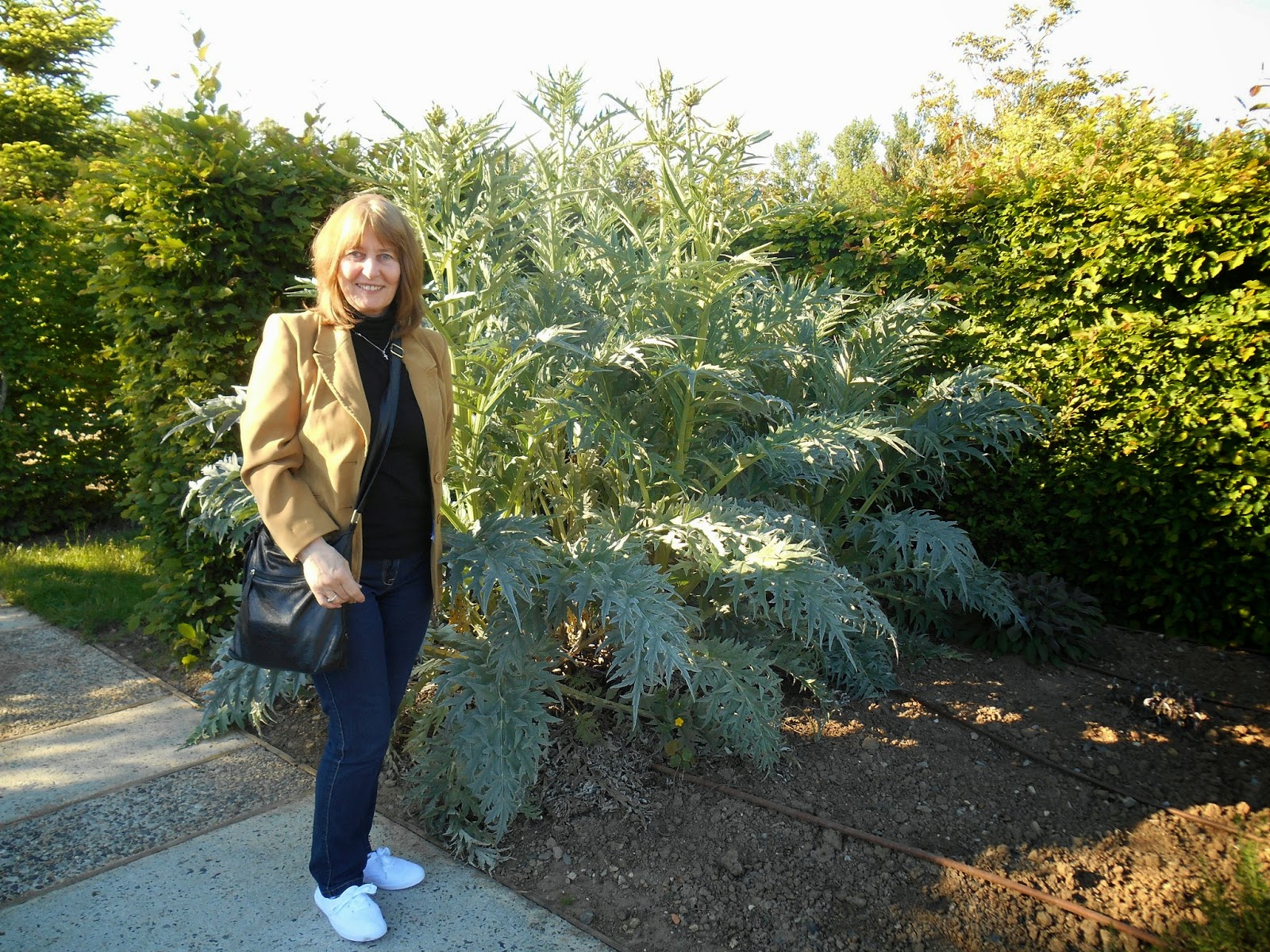 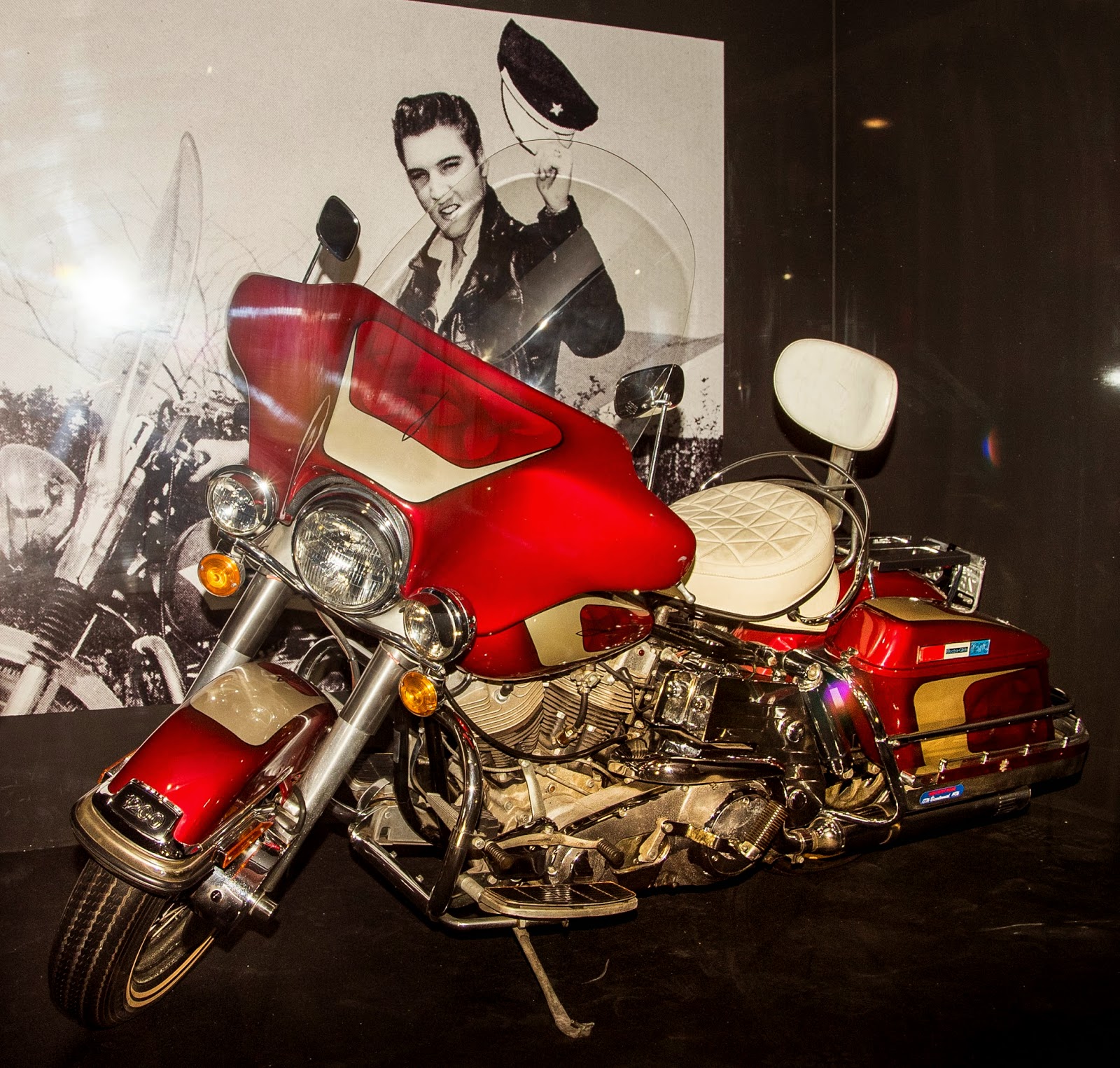 One of the last jobs in 2014 was going to the Elvis at the 02 exhibition. I've been a huge Elvis fan all my life, so finally getting to see 300 hundred of his own personal belongings was amazing. There was everything from his front door keys to Graceland to his famous bejewelled white jump suits that he wore for his shows. The exhibition runs until next autumn and is well worth seeing.

My New Year's resolution for 2015 is to finish the half-written books and projects and start on something brand new. What that will be is anyone's guess, but I always think half the enjoyment of writing is the prospect of new adventures on the horizon.

So, looking back at your last 12 months, what have been your writing highlights of the year? And have you made any New Year resolutions?

Lynne Garner said…
Wow you have been busy and congrats on the new books. I have made a news years resolution - to be more productive. So far that's not happened. Although the guilt may kick in soon and I'll get trapping on my keyboard and finish the half finished books (all four of them) I have sitting on my desktop.
13 January 2015 at 08:21

Jenny Alexander said…
Lovely post, Ann - it's always interesting to hear what other authors are up to! I made 2014 my year of learning to self-publish, and published 'Writing in the House of Dreams' in October. 2015 is my year of getting back to writing, and I've got an adult n-f book and a fantasy children's novel on the go, as well as a complete rewrite for an out of print novel and various other projects. And some different workshop experiences too. Fingers crossed it'll be another rocking year, writing wise!
13 January 2015 at 10:09