The Silkie Saga by Sandra Horn 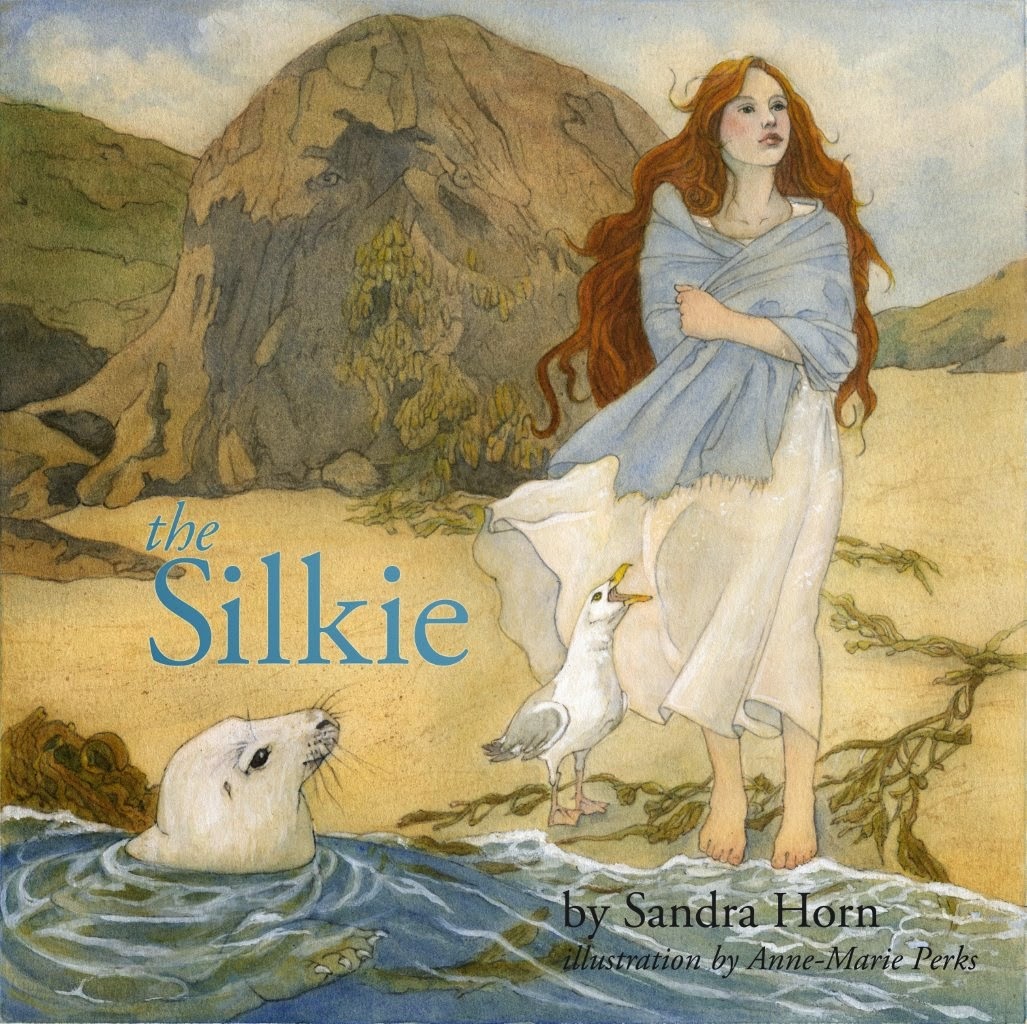 Of course, I’m now beginning to wonder if I’ve written all this before…

The Silkie was my first story for children. I thought it was a picture book text – at least, that’s what I tried to write. It was rejected 17 times, once with a rude note from Tom Maschler ‘not interesting enough.’ It almost made it with Andersen, who sent it to Michael Foreman (I thought My Time Had Come!) but he was into illustrating his own stories by then so they didn’t take it, but asked if I had anything else.  I sent them Tattybogle, which became my first children’s book.

As to the poor old Silkie, when I look back now I can’t imagine why I kept sending it out.  I was utterly new to the world of children’s books and utterly naïve. Now, if I send something out and it’s rejected once I crawl into a hole and groan, but then for some unfathomable reason, I just kept on and on and on.  Finally, it landed on the desk of lovely Isabel Boissier at Hodder, who wrote to me and said words to the effect of, ‘This isn’t a picture book, it’s a story book.  It probably needs to be about 10,000 words.  Can you let it grow?’  Yes, I could! It was published, it was a Scottish Book Trust’s ‘Mind-Boggler’, it sold a modest 16,000 copies, it pretty much fell out of sight. Finito?  It might have been, for me, but one day Niall mentioned that he’d heard someone on the radio lamenting that there wasn’t a new equivalent of Noye’s Fludd.  ‘The Silkie would make a great opera for children’ he said.  I wrote a libretto.  Now what?  I sent it to a composer who was very polite about it but busy. I sent it to ENO’s studio, who sent a positive response – they thought it would indeed make a piece for the musical theatre, maybe it had too many words, but that would be sorted out when the music was added.  That was it, though.  No more detailed advice. I tried a few other people – nada.  Time went by.  I went to see Scottish Opera.  They have their own schools programme, scheduled for the next three years.  I contacted Sally Beamish about it.  She was lovely! In the midst of her incredibly busy life she tried to get a commission for it – and failed.  Finally, it is with a dear friend who wants to write the music for it but it might never happen.  What next?

I was contacted by a local recording studio offering their services at reasonable rates.  Ah! I’ll make The Silkie audiobook, I thought.  I didn’t think we could afford a professional actor but I’d already recorded Tattybogle, The Moon Thieves and Rainbow!  so perhaps I could do it. I went to spend a morning with a theatre director I’d worked with before and got lots of help with dynamics, etc.  We booked a slot at the studio.  It was cold.  It was dark.  I was wearing big heavy headphones that kept threatening to slip off.  I was talking into a microphone and I wasn't supposed to move. I was sitting in a room by myself while the sound engineer was in another room.  All the ideas I’d gleaned from my session with the director went straight out of my head.  Then, when we went back to the editing session, the sound engineer had taken all the ‘breffs’ out – but not left the spaces they occupied!  It sounded ridiculous.  We spent some more expensive time while he put most of them back again at my insistence (and to his puzzlement!) and then we gave up and took it home so Niall could work on it.  So, there we were with the recording…but it needed something.  What it got was some delightful Celtic harp music by Alison Vardy, a Canadian harpist who generously gave me permission to use exerpts from her track ‘Dunedin Farewell’ .  The music weaves through the chapter headings.  I also commissioned Anne-Marie Perks, whose evocative and delicate work I love, to design a new cover image.  I had never liked the original cover, which made the waif-like and mysterious Wee Jeannie look like the well-fed captain of the hockey team – and in a M&S frock with a gathered waist and set-in sleeves! – (Jeannie wove her clothes from wild flax and wisps of sheep’s wool).

Finished?  Ready to go?  No.  The chapter headings sounded too abrupt.  The lovely folk at Starshine, who have created musicals from three of my books, lent me their light, airy studio and friendly sound engineer.  No earphones!  Done!

No, not quite.  The two studios had very different acoustics.  Niall did some jiggery-pokery and resolved some of the differences and we thought we were ready to submit it to Audible.  We weren’t.  It had to have copyright declarations on the end.  Recorded in our dining room.  Off it went.  Back it came.  There were some technical issues – hisses and pops we couldn’t hear.  Niall did some more something-or-another and sent it off again.  This time, success!  It’s up!  It has free downloads with special codes, which I will happily give to anyone who might want one – but the snag is, it comes with a 30-day free trial of Audible, which you’d need to remember to cancel at the end of the free period.  Hassle.

Am I happy with it?  Not really.  I now wish I’d gone for a professional actor to read it – but all the time, I was worried that I’d end up spending a ridiculous amount of money for something few people, if any, would want to buy.  One of the well-known dilemmas of independent publishing.  However, Anne-Marie Perks is now working on black-and-white illustrations for the ebook version…

madwippitt said…
It sounds really exciting ... although lots of work too! (This is the genuine article Madwippitt. The other one is that well known madwippitt imposter Sue Price who was using my computer this morning :-))
21 April 2015 at 18:45