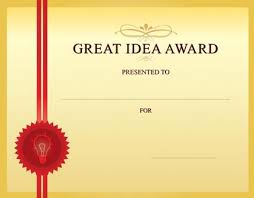 Not long ago I had the all-time greatest Great Idea: one, born of total ignorance, that nearly tanked a novel. As you may have guessed from my opening line, my subject is Julius Caesar. But you might not have guessed from the title that my Great Idea entailed his being reborn as a penis.

Don't laugh, please, I beg you. I saw no way around this, even though showing JC as a 'dick' might lead some to think that I've written a spoof. In fact, it's a serious thriller. Without giving the plot away, I can say this: I needed JC's ghost, today, remembering his nights with Cleopatra on her fabled golden barge. 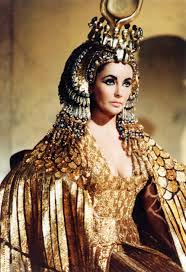 There was the heart of my book--a ghost trying for 2000 years to relive that lost boogie with Liz. And I'd begun to run with this when my memory corrected me: Mark Anthony, not JC, was on the barge with Cleo. And this was after JC's death. What the hell was I to do, lacking the good sense to check memory's 'facts'--or even watch the movie? I needed JC on that barge to give his ghost its memories! And desperate men turn to desperate tricks.

So, what if...just what if...Caesar bungled his first attempt at rebirth--and came back as Mark Anthony's penis? Thank God I came to my senses. But I only came to my senses because--though I'd done extensive research in the past--I learned to blend my old style (plowing through stacks at the library) with a savvy online style. And to stop relying on my blinkin' memory.

As luck would have it, I resolved my dilemma in two strokes. One of the books on Caesar referred to JC's torrid tryst with Cleo on board the golden barge. And a very quick online search for Caesar and Cleopatra yielded the following:

Writing almost two centuries after the events he describes, Appian is the only other ancient authority to speak of the sojourn of Caesar and Cleopatra. "He made a voyage on the Nile to look at the country with a flotilla of 400 ships in the company of Cleopatra, and enjoyed himself with her in other ways as well" No more contemporary sources mention the cruise, however, and, given the relatively brief time Caesar remained in Alexandria, it is possible that the voyage did not occur or was only of short duration.

So--Yippie kayay!--I'd learned four things of note:
1) At least two sources backed my JC's remembrance of his boogie on the barge.
2) Thus, story logic didn't mandate JC's initial rebirth as a penis.
3) Online research can be sketchy and facts require cross-checking. (I'm deeply suspicious of one online claim that Cleopatra was actually a sexually innocent little thing who had only had two lovers--JC and Mark Anthony.)
4) Googling can be labyrinthine and misleading. A Google search of Caesar's Penis yielded 239,000 hits--including the shot of the statue that clearly isn't Julius. (Note the full head of hair. And consider: would any man bold enough to place his statue with those of the gods have shown such an average johnson?)

Still, many plot obstacles can be resolved through Google and Wiki: E.g.:
--Was JC left or right-handed? (An important scene depended on my knowing the answer to that one.)
--What gladiator-style weapons would he have been familiar with?
--Could he have known about the use of pressure points?
--Did Roman women have 'tampons'?
--Would JC have had a throne?
--Which of the poets I carry a torch for lived when JC ruled? Catullus? Propertius? Ovid? Horace?
-- Did the word 'dictator' even mean the same thing to the Romans that it means to us?

Balance is all at the end of the way. And Googling can't replace traditional hard-core research. 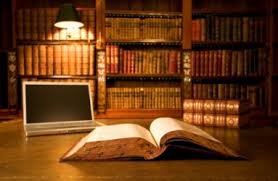 You can search online for weeks without learning Caesar's height or the size of his penis. Some facts are unavailable. But far more serious losses await researchers who won't go the distance. Was JC a megalomaniac? a power-maddened dictator? a brutal, muderous son of a bitch? Or was he cut from the same cloth as the Gracchi Brothers--also slandered and then slain by two-faced patrician goons?


The real breakthroughs in my perception of Caesar came from months of reading, carefully noting little things I hadn't expected to find.

That said, the passion for Googling isn't one that I'm likely to shake. I'll sign off now. Gotta go. I wonder if anything's out there about something I seem to recall having read: that Cleo was a consummate fellatrix.


Coming this fall: Caesar's Ghost, the novel behind this post.

Susan Price said…
Made me laugh, Reb. It's amazing what things you suddenly HAVE to know when you start writing a book.
12 May 2015 at 09:53

Bill Kirton said…
If only you'd been my Latin teacher at school, Reb.

But I agree totally with your comparison between online and 'real library' research. For my WIP, I need to know the time of high water on July 9th 1841. The only leads I've found online so far have all directed me to a book, which I don't have and which isn't in any of Aberdeen's libraries.

I also need information on the use of messenger pigeons at the same time. The web's teeming with tidbits about them but none relates to the exact point I'm seeking.

Jan Needle said…
NB if you write about 'average johnsons' in the context of penises (penae?) in Britain, Reb, a writ might well soon follow.

And on a more literary point, resolving such penile dilemmas ‘in two strokes’ might seen as a bit de trop (or perhaps not trop enough?) And what has left- or right-handed got to do with the price of fish in Grimsby, pray?

Finally, Cleopatra may well have been full of tricks, as we plebeian scum might say, but what’s the plural of fellatrix? I only ask because I can’t imagine.

Oh, by the way, I want a signed copy, possibly bound in vellum. I cannot wait…

Lydia Bennet said…
Classical style statues are rather ill-endowed, but that must either be stylistic or the result of posing in chilly studio surrounded by cold blocks of marble (yes I said blocks!) I do know Caesar's penis got around, him being famously 'every man's woman and each woman's man', so they could have had a vote on it perhaps... the Greeks and Romans went in for giant phalluses as comedy props, finding sex hilariously funny and a kind of joke the gods played on us. Perhaps a healthier attitude than monotheistic religions' guilt tripping. Look forward to reading the book Reb!
12 May 2015 at 11:30

Jan Needle said…
but not as a job description, i imagine...

Catherine Czerkawska said…
I can't add to these comments because they're making me laugh so much.
12 May 2015 at 15:43

glitter noir said…
Thanks for the kind words, all, and the interest in the book. The second draft's been, er, hard on me...but, having suffered for my research sins, I'm now a firm believer in penile reform.
13 May 2015 at 02:41