Rewriting from the Inside Out - Guest Post by Rosalie Warren 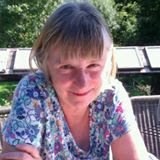 Many years ago, when the world was new and I was an enthusiastic young (actually, not so young) PhD student, my assistant supervisor read a draft chapter of my thesis and advised me to ‘rewrite it from the inside out’.

I had no idea what she meant and I still have no idea, or not much of one. She might have been looking for a simple reordering of the contents of the chapter. But even that would have been next-to-impossible, given my time constraints and the fact that the chapter contained a lot of technical stuff (things in boxes – you really, really do not want to know). I decided to ignore her advice, hoping she wouldn’t notice. Fortunately, she never did, or if she did, she didn’t let on. I think, like me, she had probably had more than enough of those boxes.

Anyway, the years went by, as they do, and after a stint in academia which included supervising other people’s theses (though I never, I’m proud to say, told anyone to rewrite anything from the inside out), I ended up as an author of fiction, with no more boxes, thankfully, to constrain my creative endeavours. Things have kind of come full circle for me recently, as I seem to have turned into, at least for the time being, a writer of science fiction which is at least partly inspired by my earlier studies of artificial intelligence and cognitive science. 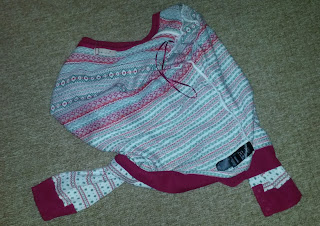 The other day, as I wrestled with ideas for the second draft of my latest novel, my assistant supervisor’s words came back to me. Rewrite it from the inside out. I’d written the first draft in haste during the month of November, after deciding to have a go at NaNoWriMo. If you haven’t heard of this, it’s a benign form of torture for writers, where you set yourself the aim of writing 50,000 words in the month of November. I’d never previously understood why anyone would want to do it, but this year I needed external motivation and decided to give it a go. Well. I didn’t think it would be too bad – the daily average works out to 1667 words and this isn’t much more than I normally do. What I forgot to take into account was that in the course of a normal month I allow myself several days off – the days I’m driving north or driving south or visiting relations or not feeling great or simply wanting a Sunday off. All that stuff is what you don’t get when you’re NaNoWri-ming – or not unless you are much more organised and ahead of yourself than me. Somehow I did it – actually managing to finish a couple of days ahead of schedule. But it left me exhausted, writing-wise, and I haven’t even been able to glance at what I wrote since I bundled the files away at the back of my laptop, secretly hoping, I think, that a virus would attack and eat them.

I had a quick look yesterday and they are still there. The viruses have wisely kept away. But I haven’t yet dared take a peep inside. I hate the first re-read, after the weeks of lying fallow following completion of a draft. I dread that it might be awful and I also dread that bits of it might be OK – so OK that I don’t want to lose them, even though my brain appears to have decided that a complete rewrite is required, in the form of a wholly different book.

But I have been doing some mulling… and one outcome is that I need to understand a whole bunch of my characters a lot better. Perhaps if I tell you that these characters are not human? Or not conventionally human, anyway. They are, at least from a human perspective, artificial entities. So far, I’ve written their story from the outside in (do you see where I’m going here?) – from the perspective of the characters who actually are human. Easy-peasy, by comparison. But the whole point of the book is to reflect the preoccupations of the artificial agents, so of course I have to get inside their heads (they do have heads, kind of). And I can’t do this by thinking; I can only do it by somehow listening in and telling their story – from their point of view. What is it like to be an intelligent artificial entity?

This is my next challenge and I have no idea whether it’s achievable. Maybe it isn’t. Maybe it’s beyond me. But hey, who cares? For me, that’s the whole fun of writing (and indeed of scientific research, in the days I used to do it). Flinging yourself at something that might be just a bit too hard to do. A wall that might turn out to have no finger-holds. Except, of course, that a crazy bit of me must secretly believe it can be done. 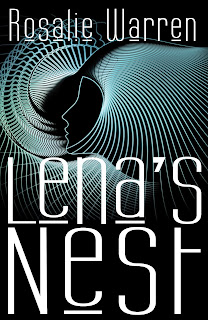 And, of course, what I’m effectively going to be doing in this second draft is rewriting from the inside out. I’ve got my story from the outside, more or less (though it will doubtless change). Now I need to get inside these characters, all of them, and see the world from their point of view. What I will eventually present to my readers is anyone’s guess. It may be relatively conventional in form, as indeed my previous sci-fi novel, Lena’s Nest turned out to be, after lots of experimental stuff along the way.

Whatever happens, I can hardly wait. Writing can sometimes be a pain, but at this stage of a novel there’s very little I’d rather be doing.

Anyway, I wish everyone a happy and peaceful 2016 – stuffed full of amazing and wonderful thoughts, ideas, inspirations, books, sentences and words.


This was my first venture into science fiction and is the story of Lena, a female roboticist who recovers from a coma to discover that her world has subtly changed – and then struggles to come to terms with a new reality and the consequences of her own research. It’s a love story too, of a kind, and the story of a mother trying to find her children. And it tackles some big philosophical themes, like the ethics of AI and the nature of consciousness, identity and self, along the way.

Writing from the inside out. I shall remember that, although, like you, I have no idea what it means. Best of good fortune with the second draft of your book.

A fascinating and thought-provoking post, Sheila. The book I'm now editing/re-writing was, in this context, written entirely from the inside, as most serious first adult novels tend to be, and I'm now trying to find its outer skin - not easy.
Happy New Year to all my Electrical friends and colleagues, and also to my readers. May it be a relatively sane and peaceful one.

As a fellow ex-academic, Sheila, I share your bafflement at what that tutor meant by writing a doctoral thesis from the inside out, but I also understand completely why that's exactly what you need to do with the new project. I suppose the difference is that there's always an 'inside' to fiction - areas of psychology, perception, sub-texts, metaphors, imagery, all of which open insights into the inexpressible - while academia demands objectivity, clarity and abhors anything which isn't supported by evidence. Being an academic was fun but I much prefer the freedoms I enjoy nowadays.

An enjoyable guest post Sheila, academe and creativity have an uneasy relationship it seems! Good luck with your Nanowrimo novel and your characters' insides!

I like that cover for Lena's Nest - unusual but interesting - off to check it out!

Thank you all for the comments and the good wishes... and for the opportunity to post on Authors Electric. Happy New Year and happy writing to you all. (The cover was done by Indie-Go, Katherine. I am very pleased with it and would recommend them.)