After the Flood - Kathleen Jones looks back on a rather soggy year.

By Kathleen Jones - December 05, 2016
One year ago today my house was full of water - like the houses of thousands (6000 alone in Cumbria) of other people across Cumbria, Lancashire and North Yorkshire.  It’s not a good memory.  A year later, most of us are still living with the consequences.  Insurance companies were overwhelmed by the sheer numbers and even when settlements were reached, there just weren’t enough builders in the north to repair the damage straight away.  Roads, bridges and railway viaducts were swept away, and some of the infrastructure is still waiting to be restored.


The little cottage we rely on for part of our livelihood is still drying out - the ceiling beams were sodden and we’ve only just been able to get the place re-wired so that we can put some heating in.  But the floors are newly laid and the kitchen on the way to completion. 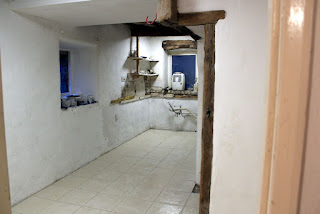 On the ground floor of the mill itself, there’s still a gaping hole full of rubble, boarded up windows and warped doors, but that is all going to change in the next few weeks.

Upstairs in the workshop (almost three feet deep a year ago) the floor has been repaired, though there’s still a lot of work to do.  I live in hope of the damp and the mould being gone and the windows and doors being secured.  But at least I’m in my own home, comfortably on the top floor, where I can shut the door on the mess.  Hundreds of others are still living in temporary accommodation. I’m one of the lucky ones this Christmas.

And soon it will be the end of 2016 and I can’t say that I will be sorry.  I will be saying goodbye to one of the most stressful years of my life, which I would never have survived without the help and support of wonderful friends and family.

Or without the support of the Royal Literary Fund, the charitable organisation set up in the 18th century to help writers in trouble.  They have employed me as a Fellow throughout this year, so that financial anxieties were not too pressing.  Working for them, visiting universities across the UK for a research project, has kept me sane as well as solvent.

As you can imagine, it’s been difficult to write, through so much chaos, but I have been writing poetry and have just heard that a small collection of it is to be published next year, though the contract hasn’t been signed yet - fingers crossed! 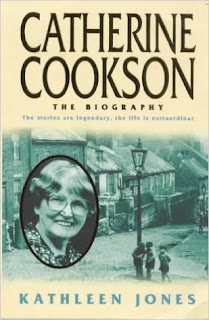 And I’ve been re-writing my biography of Catherine Cookson - one of the authors featured recently on the BBC's ‘Books that Made Britain’ series - with a view to re-publishing it.  The original, published by Times Warner, was blocked by the Cookson Estate who withdrew permission to quote from her novels because they thought the book was too controversial.  I’m hoping I can get it back into print next year, so watch this space. Being a natural optimist, I’m looking forward to 2017 as a new beginning and a year of repair and renewal.  Though how that will work out with Trump and Brexit, I don’t know.  We live in ‘interesting times’! 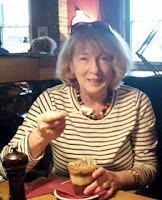 Kathleen Jones is a biographer, poet and novelist who lives in the Lake District - most of the time on dry land.  She blogs at 'A Writer's Life' can be found on Facebook and Tweets incognito as @kathyferber

JO said…
Thanks for this - the news has reflected on the storms this morning - we need these reminders that the real work begins when the water goes down. And I'm impressed you've managed to write anything at all.
5 December 2016 at 09:10

Kathleen Jones said…
Thanks everyone. The footage on TV this morning brought a shudder of horror. And thoughts of all the friends and neighbours who are still displaced.
5 December 2016 at 10:54

Kathleen Jones said…
Thanks everyone. The footage on TV this morning brought a shudder of horror. And thoughts of all the friends and neighbours who are still displaced.
5 December 2016 at 10:54

Bill Kirton said…
I remember your posts on it all at the time and the awful pictures of devastation. I've only ever once seen flooded homes (not mine, fortunately), and the impact is much greater than what one feels when seeing the TV footage or press photos. It emphasises our fragility and utter dependence. I hope the 'repair and renewal' is fast and comforting.
5 December 2016 at 11:05

Dennis Hamley said…
Katherine, we're thankful that things seem to have settled down somewhat and life is bearable again. Though this morning's storm news shows how vulnerable we all are. In a month's time we will be in Kay's ravaged house in Christchurch, with her claim, after five years, still unresolved. A new solicitor is on the case and she seems very efficient. At last. But the aftershocks keep coming and remind us of what might suddenly happen. I've been through one severe shock which fortunately didn't come to much though it nearly scared the life out of me. . Who knows about next time?
5 December 2016 at 11:06