Supported By Your Local Editor by Jan Edwards

By Jan Edwards - January 19, 2017
Being dyslexic is something universally recognised but frequently misunderstood. The assumption is that a dyslexic cannot read or write, or even function where the written word is concerned. The reality is very different. There are levels of dyslexia governed by many things too numerous to mention. Those of us on the upper ends of the scale can have a hard time convincing people there is a problem at all because people in general don’t understand what those problems are. 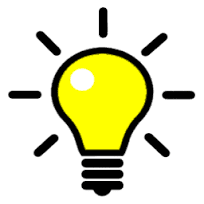 I am constantly aware of the dangers in using wrong or misplaced words without my being aware of doing so. I know perfectly well which words should be used, and where, but all too often the link between eye and brain simply fails and it can take me three or four edits to spot them.

The most frequent pitfalls arise from real words that are very similar in spelling and even usage: e.g. ‘to’ when it should be ‘too’, ‘of’ when it should be ‘off’.  Likewise before writing words receive or their the old rhyme  ‘I’ before ‘E’  except after ‘C’ trots through my brain on continuous loop.

It is less hard than it used to be in some respects. Spellcheck is a gift from the gods as it highlights all of those transposed letters - all of those ‘nad’s  can now be corrected to ‘and’s within seconds. On a good day – or bad, depending on how you look at it - I spend as much time going back to correct words as I do writing new ones. In that sentence alone I deleted ‘mchu’ and retyped ‘much’, ‘cerrect’ with  ‘correct ’ and ‘worse’ with ‘words’.

The last example proves how predictive text is less than useful because it relies on your typing the correct start to a word; meaning ‘nad’ will not be corrected to ‘and’ but substituted with ‘nag’ or ‘nod’.  In a large document I may well not see that and it is only when grammar check puts a green line under it that I realise the sentence is faulty.

This is fine with ‘and’ et al because the mistake is usually quite obvious, but  when ‘error’ was substituted with ‘arrow’ when what I meant to type was ‘array’  and I did not spot it until a few weeks later it took some head scratching to recall what was in my mind at the time.

There are occasions when the substitute word can, as a lucky happenstance, work quite well with a little jiggling. At other times they are just plain hilarious (and on occasion quite rude – though that may be just me).

To be fair to my educators I was not a classic case. I could read at the age of four and seldom failed a spelling test.  Except that I did. Letters transposed or missing were attributed to my appalling handwriting or just plain sloppiness. My first job in 1970 was at a bookshop, long before word processors and computers reached everyday commerce. After just a few weeks there the owner bought a tiny portable typewriter so that I could produce legible orders and invoices.  For which I was grateful because back then he could just as easily have sacked me.

Though dyslexia was first identified in the 1880s it did not really exist in the everyday school environment until the 1980s, long after I had left school.  By then I had become very adept at winging it with word identifications  and not ever suspected dyslexia as a problem and it was not until I was well in my forties when my OU tutor,  recognising my eccentric turns of phrase for what they were, obtained a proper evaluation.

The results of that test shocked me to the core. Not only was I measurably dyslexic and severely dyscalculic (which I had often suspected) but I was also dyspraxic into the bargain.

Now I don’t write this for anyone to feel sorry for me, or even to make allowances, but it does illustrate why I should have known better than to send in a commissioned manuscript over the holiday period without first running it past my resident editor.

My excuse was that it was the holidays and the deadline was 31st December, but realising half a day later that my 20,000 words were awash with typos and having to crawl cap in hand to the editor and ask metaphorically (it was an emailed submission) for it back, was not my finest hour.

All corrected now and happy bunnies all round, but proves the case for editors at every turn.

Dyslexia is a curse that approximately one in ten people suffer to some extent or other. Yes, it does make life challenging at times, but with luck, work and a fair wind it is never a reason for not succeeding as a writer. 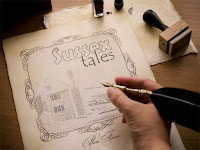 Titles in print – all available in print and dig formats
As author: Fables and Fabrications;  Sussex Tales;  Leinster Gardens and Other Subtleties

Wendy H. Jones said…
Thanks for the insight into dyslexia and what it means to you. Fascinating and a real eye opener
19 January 2017 at 10:20