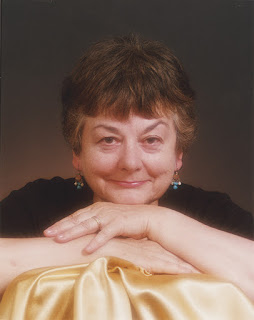 Writing a Jane Austen spin off...

If it is true that there are only seven basic plots in literature, it is inevitable that writers will retell stories, give variations on those stories, dress them in different clothes and, yes, ‘borrow’ characters from classic works. The Bible is a rich source for any writer who may be stuck for a plot, while the Greek myths are endlessly borrowed and rewritten.

I have been reading David Almond’s splendid YA novel A Song for Ella Grey, which is a modern re-telling of the Orpheus myth set in Northumberland. Orpheus is just as convincing in this setting as in his original Mediterranean home, but of course, Almond is a master story teller.

The Gods in Winter by Patricia Miles is another version of this myth which I greatly enjoyed when I first read it. Like all good children’s books, this one is can be appreciated by adults. As you will have gathered, this particular myth is a favourite of mine. 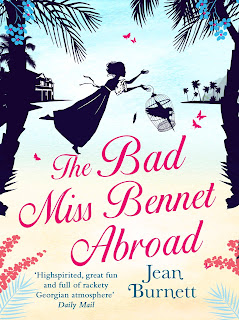 Certain novels have embedded themselves in the collective imagination to the extent that they are rewritten for every generation. Bram Stoker’s Dracula is up there with the Bible and Shakespeare as the most imitated and rewritten classic. The eponymous vampire has been adapted for small children, lovesick teenagers, ghoulish horror fans - and even for vegetarians  (a step too far in my opinion)!

This is my defence when I am asked why I have joined the legion of Austen spin-off writers.

‘Can’t you think up your own stories?’ I hear people saying. I always point out that I have only borrowed one of the sublime Jane’s characters and taken her in a new direction. The story is entirely my own. One of the mysteries of our time is the emergence of hordes of Austen fans known as ‘Janeites.’ They have always existed but their ranks have grown enormously, especially in North America. Cynics attribute this to the film featuring Colin Firth in a wet shirt, but this enthusiasm has triggered a deluge of what I like to call tribute novels. 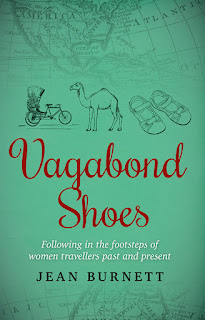 Jane’s characters have been idolised, zombiefied, vampirised - and possibly plagiarised, although it is very difficult to plagiarise a great writer. I have avoided turning Mr Darcy into a vampire, an alien or a sea monster, as some American writers have done. I like to think that I have treated her characters with some respect. For this reason I haven’t written a modern version of any of her novels. I am interested in seeing how one of her characters might have developed during the 19th century. This was a time when women’s lives were still very circumscribed and opportunities for advancement usually lay through the boudoir.

Jane wrote about her “inch of ivory,” an intense exploration of a small circle of people which constituted her world. It is inconceivable that she could have written a novel like War and Peace, despite her talent, because she would have had no entree into that wider world. 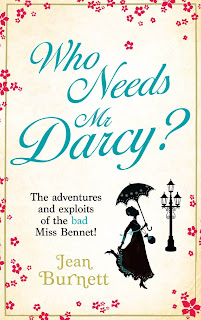 When I write about treating characters with respect I often hear the argument that this is just fiction. If the character is not ‘real’ then anything goes and authors should be free to do whatever they wish with them. In part I agree, but I still cannot help wondering what Miss Austen would think about Darcy as an alien. Would she spin in her grave or would she be excessively diverted? She had a wicked sense of humour, so who knows? There is a subtle line between respecting an author’s original character and being so respectful that the result is rather lifeless. When PD James wrote Death Comes to Pemberley for TV, I believe she fell into the latter camp. Even a great genre writer like James could miscalculate.

Finally, I must explain why I chose a relatively minor Austen character to be my heroine. I had originally thought of using Becky Sharpe from Vanity Fair, but by the end of that book Becky had grown middle aged and matronly and retired to Bath. I needed a heroine with some mileage in her as I had constructed a series of books in my head that would take her from misspent youth to retirement somewhere on the continent, where she could write her scandalous memoirs.

Lydia Bennet seemed to be the perfect choice. Alone among her sisters she had made a bad start, eloping at sixteen with the ne’er do well Wickham. It was bound to end in tears. Once I had freed her from Wickham’s grasp - Waterloo was very convenient for that - she was free to have adventures.

I hope Miss Austen would have been excessively diverted; if not, I can only offer an abject apology.