By Cecilia Peartree - June 05, 2017
I recently attended a conference which was held in a museum of natural history. One of the early speakers introduced what turned out to be an extremely successful ice-breaker. Normally ice-breakers are just there to be endured before the actual business of the meeting or conference starts, and they often involve speaking about your innermost secrets - unless you've had the foresight to invent something interesting to say about yourself - to complete strangers who happen to be sitting next to you.
But in this case the ice-breaker took the form of discussion in small informal groupings about whether a sloth or a chameleon would win in a fight. Although I don't think many people in the room had very much knowledge of either animal, it was surprisingly entertaining to talk about this. My own feeling was that a sloth was probably bigger and heavier, and could simply fall out of its tree and squash the chameleon flat without too much effort, but I'm willing to be corrected about the relative sizes of the two.
Anyway, I must have been mulling this over in a quiet corner of my mind for a while afterwards, because I woke up in the middle of the night a week or so later and decided I could usefully debate with myself whether writers were more like magpies or vultures.
As it happens, I know quite a lot about magpies, although  somewhat less about vultures. We've had magpies living in our garden for some years now. During May they were once again building a nest in the top layer of a very tall conifer which we really should have cut down except that the last time we tried to have that done the tree surgeons refused to go any further once they encountered the magpies' nest.
Magpies have a reputation for being fond of shiny new things, which does seem analogous to the tendency of writers to abandon previous projects and start on new ones. However the birds in our garden are usually to be found either trying to fly while holding sticks that are larger than their own wing-spans, or harassing one of our cats by following him around and squawking at him,. 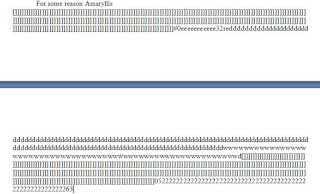 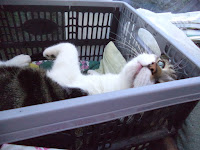 I don't think I've ever actually met a writer who likes to harass cats - the stereotype is more likely to be the writer's cat who 'helps' by walking on the keyboard at critical moments, which is what happens in our household - but the attempt to lift a stick that's longer than they can feasibly manage does ring true. Like golf, writing is something you can never get completely right, but knowing that's the case doesn't stop you trying to accomplish the impossible.

It would be nice if the magpie analogy extended to writers dressing sharply in glossy blue black and dazzling white plumage, but I'm afraid in this respect some writers tend to be more like vultures. Or maybe that's just me.
The comparison with vultures came into my head recently when a friend of mine 'disappeared'. The reason for putting the word in quotes is that the incident wasn't quite as dramatic as it seems. It was just that she didn't turn up at the place where I thought I was supposed to meet her, and I couldn't reach her by text message. When I started to try and work out alternative ways of getting in touch with her I realised that although I know her name and address and land-line number, which she wasn't answering, the first names of some of her relatives and of a few of her other friends, I didn't have quite enough of the relevant information to be sure of contacting anyone who might know where she was.
That was, of course, the point at which I decided the scenario was just asking to become the plot of a novel. No matter how firmly I told myself not to be such a vulture, the idea kept coming back into my head. I knew I would feel awful if it turned out something terrible had happened*, but I couldn't stop myself, just as I assume vultures can't just tell themselves not to swoop down and feast on the remains of some deceased animal in the desert. It's almost as if making things into stories is as vital to our survival as food is to a starving bird!

*Nothing terrible had in fact happened - only the telephone companies working against us as usual.
Authors Electric Blog cats Cecilia Peartree magpies vultures writers

Bill Kirton said…
Thought-provoking, Cecilia, enough to help me maintain my status as whatever the 3rd bird in the analogy might be - i.e. one which sits on its branch all day doing nothing but think and dream about whatever questions or images drift into its bird brain - a budgie maybe. I still have to resolve the sloth/chameleon conundrum and, once that's done, there are the magpies and vultures to dwell on. Thank you.
5 June 2017 at 10:09

Umberto Tosi said…
Thank you for reminding me of magpies, gorgeous black and white rascals with yellow beaks that used to flock outside a house where I lived in central California as I poured my morning coffee making me glad to be alive. I imagine them every time I hear Rossini's witty overture to La Gazza Ladra (The Thieving Magpie), worth listening to whenever one is in the dumps. I've never known any vultures except human ones, but I did once get to spy a relative, the magnificent nearly extinct California Condor soaring on thermals high above the coastal hills. Thanks for such a stimulating post! Birds do help our creative thoughts take wing.
6 June 2017 at 09:10