Wrapping up, opening up by Sandra Horn

I have a very poor sense of time passing – no good to ask me ‘when was that?’ because I won’t have a clue. I usually end up saying’ some time ago’ and I’m always surprised when someone tells me exactly when it was. So recently, when I opened a copy of The Mud Maid and saw that we brought it out in 2005, I was astounded. Fourteen years since we launched the Clucket Press with it, our first DIY book.  Now that we are winding the dear old Clucket Press down and I’m looking for other ways to fill my time constructively and creatively (no golf, no Bridge, thanks) I realise how much I owe it. It’s not just the creation of the books and the fun – and frustration, sometimes, it must be said -  of working with others in the process, but also the way it was crucial in my making the transition from full-time, very demanding paid work to retirement. There were new challenges and excitements every day and new things to learn – we knew NOTHING at first! Instead of dragging myself out of bed to face the day with dread, and falling into bed at the other end exhausted, I was bouncing around and buzzing. (Unfortunate simile there; I sound like a hopped-up bee! ) It gave me more than a sense of purpose, it was fun and, even more importantly, it allowed me the time and space to do things I loved; write and immerse myself in books. Also, it gave us (me and my other half Niall) an opportunity to work together. That has had its rocky moments, it’s true, but it has been a great new chapter for us.

Lately, one of my close friends and ex-colleague took early retirement too. She was foundering for quite a while but she has always been creative – a real craftsperson – and she now weaves, works in polymer clay, knits, paints on silk and makes beautiful quilted bags. It has taken time for her to realise that the hobbies she has always delighted in can be an end in themselves: the expression of creative skills which are so much a part of who she is but have been inevitably pushed into the background by the need to put the bread on the table. For her, as for me, it has been playtime but with a purpose; allowing a largely hidden part of oneself to come out of the cupboard and grow, bounce and buzz. A renaissance.

Inevitably, the Clucket Press has come to an end. We have produced, since 2005, three picture books from scratch: The Mud Maid, The Giant, and The Furzey Oak. The first two, for the Lost Gardens of Heligan, are still selling strongly. We transferred production of them to the Heligan team a couple of years ago (or thereabouts) and now we just collect an annual royalty. 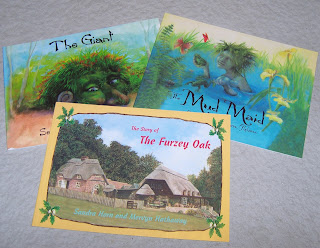 We then went on to produce a trilogy of delightful children’s books by Jayne Woodhouse: The Stephensons’ Rocket, And Rocky Two, and Rocky’s Home Run, and a stunning autobiography by Vera Forster, A Daughter of Her Century. 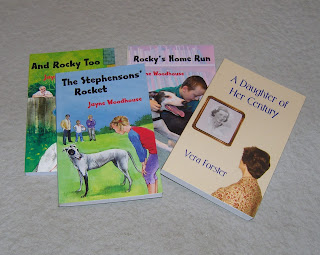 While we were at it and becoming confident (over-confident?) we resurrected some of my out-of-print books after getting the rights back and negotiating with the illustrators for the picture books, Rory McRory, The Moon Thieves,(original artists) The Dandelion Wish (new artist). 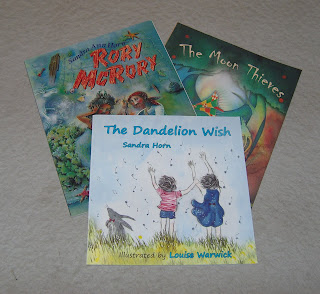 We produced two new picture books, I Can't Hear You! I Can't See You! and Suvi and the Sky Folk 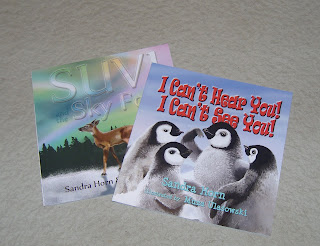 and commissioned new artists for the story books (Goose Anna, TheStormteller, Naz and the Djinn, The Hob and Miss Minkin, The Silkie). 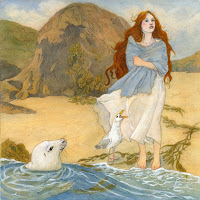 So why give up now?

The last books are just not selling. They have become a vanity project, for me. I wanted to see my stories in beautiful new covers on good-quality paper and I have. The cold hard fact is that, having commissioned artists whose work I love, the unit costs of the books prices them out of the market anyway. I’d need to sell them in their hundreds to recoup the costs and it ain’t going to happen. With those we have left, we are selling a few and giving the rest to charities.

What to do now, then? Ha! Go back to my first love, poetry, and try to write again. Let it come out of the cupboard and grow, play, bounce about and see where it takes me.

Lynne Garner said…
Sorry to read this - it's very heard out there at the moment. But I wish you well with your poetry and perhaps we'll see them in print someday.
20 January 2019 at 09:27

Umberto Tosi said…
Such beautiful books - lovely covers by your well chosen artist-collaborators: images like these make a book as much as the best prose inside, working together synergistcally. Sorry to hear of your frustrations. I hope you can find some way to at least keep these splendid titles in print and I wish you the best with your poetry.
20 January 2019 at 10:17

Enid Richemont said…
Oh Sandra, that's sad, and what a difficult emotional decision to make, too. I hadn't realised you'd published so many books, only a few of which I knew about - The Silkie, which I know and love, and some of the others which you sometimes posted about on Facebook. We went to Heligan once, and saw the Mud Maid,but I'd really love to know more about your other books - are they still available on Amazon? Beautiful books indeed. Poetry's just as demanding - well you know that. Will you go for performance?
20 January 2019 at 14:37