The brave new world of cli-fi? By Alex Marchant


In 2006, I started writing seriously again (‘seriously’ in the sense of aiming for some sort of goal; ‘again’ in the sense that I used to write in my teens and early 20s, but was sidetracked by that annoying thing called ‘life’). Little did I know at the time that I was embarking on an example of what was then a newly coined genre of fiction. Or in fact, not yet quite coined, as I discovered this week.

That newish genre is ‘climate fiction’, or ‘cli-fi’ for short – an abbreviation that is rather apt as often cli-fi appears as a theme within science fiction, although it can be found within many other genres. The term was apparently coined in 2007 by journalist Dan Bloom, although it didn’t take off in the literary mainstream until 2013. Climate change was a theme within fiction for many years before either date (for example, Jules Verne’s The Purchase of the North Pole (1889) and Ursula Le Guin’s The Lathe of Heaven (1971) – it was just that by 2013 it was recognized as a rapidly growing literary trend, in poetry and drama as well as prose. 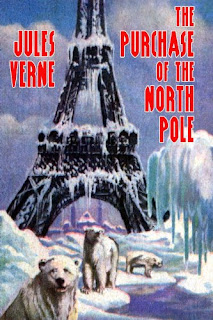 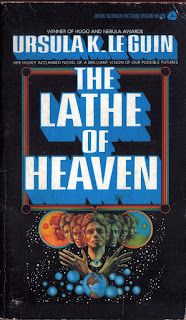 Discussion of cli-fi came to my notice in a book I’m copyediting as part of my day job (I don’t generally keep up with trends in the literary world, rarely even reading the review section of my preferred newspaper). It’s a fascinating volume of essays on the relationship between climate and literature, from the earliest historical writings to the present day, covering subjects as diverse as classical attempts to explain weather patterns, the influence of climate on the Romantics and the rise of the Anthropocene. I’d not appreciated before just how important climate is in Shakespeare – despite long ago studying both Macbeth with its ‘hurly-burly’ and The Winter’s Tale with ... well, I guess that’s fairly obvious now I think about it... (And as for other authors discussed, I will just mention at this point how much wuthering there is going on outside as I write this, here in the depths – or I should say, rather, the heights – of the Bronte moors.)

I love the variety that my day job brings. I work on non-fiction books for academic publishers, tackling a range of subjects, from archaeology and anthropology to history and international relations. And every so often something crops up that feeds into my writing - maybe an idea for a new piece of work or a tidbit that provides background colour for a work in progress. This is the first time, though, that I’ve discovered I may have been ahead of the curve in terms of contemporary literature.

Well, maybe I wasn’t, if I’m being totally honest. Although I began writing my ‘cli-fi’ novel, Time out of Time, in 2006, and even finished a draft with which I was mostly happy about six years later, it’s still sitting on a shelf waiting for me to do something more with it. I submitted it to a few agents and publishers, but then was sidetracked (again) by the idea for the books that I have now actually published. My aim for this year is to return to and polish the earlier novel in order to self-publish – when (or if) I complete a first draft of the third book in my ongoing sequence, The Order of the White Boar. So it might be next year... or the year after. 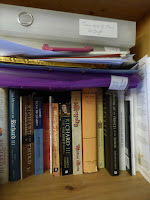 When I began Time out of Time, I chose to work on that idea rather than another I’d had because the theme appeared more timely. A children’s adventure book about human influence on the environment and climate over several centuries – exactly what was needed to encourage kids to become eco-warriors, I thought. But here I am, thirteen years later... Is there a phrase to denote ‘after the curve’? Maybe it’s ‘missing the boat’. 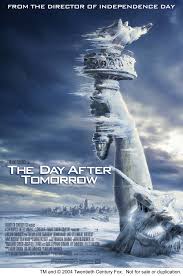 Having said that, the academic essay laments the non-realistic nature of much cli-fi. Whether it takes the form of ‘climate thrillers, science fiction, disaster novels, crime and conspiracy novels, cyberpunk, horror, or fantasy’, the authors reckon that ‘the extreme scale of climate change has all too often led writers and film-makers to opt for implausible tipping-point scenarios [and] engage in an almost comic telescoping of the time taken for climatic change to unfold’. One genre that is not mentioned anywhere in the essay is ‘time-slip’ fiction. Given that Time out of Time is just such a novel, perhaps it’s not too late for me to be a groundbreaker with it. A child protagonist slipping through time and witnessing the gradual destruction wreaked by human beings on their own planet over eight hundred years perhaps doesn’t represent either ‘implausible tipping point scenarios’ or ‘comic telescoping of time’. But then again, maybe the term ‘realism’ doesn’t quite apply either. Nor is a realistic solution to the problems necessarily offered. (Alternative/splitting universes may not actually be a plausible answer to our current climate issues....)

Still, perhaps I’ll give it a go. If nothing else, it might keep me out of the twenty-first century for a while longer – which at the moment might not be a bad thing.

Umberto Tosi said…
Thank you for this thought-provoking, confessional literary musing. The way things are going now, it won't be long before dystopic cli-fi will become just antoher Tuesday, if the petro-fascists continue to have their way.
13 January 2019 at 15:57

DANIELBLOOM said…
Dan Bloom cli-fi.net, yes thAt Dan bloom. Loved yr post, And yes do that novel time travel clifi I love it. Is book you editing from axle and Adeline at peter Lang? See photo of cover at my @verywindycities Twitter feed. Cheers, Dan rsvp
14 January 2019 at 01:51