Barnes' Devil is in Its Noble Details

By Leverett Butts - February 23, 2019
I have spent a lot of time bemoaning the fate of self-published authors over the years, but sometimes, I admit, I often overlook the rose for the thorns. For example, I learned yesterday that Barnes & Noble will now stock self-published books on their shelves. However, as you can tell from the dateline on the linked article, this is not exactly breaking news. Apparently, I missed the original announcement of this development two years ago.


Still, this is a huge development benefiting indie authors as it lets them into the previously exclusive-to-traditionally-published-authors market of bookstore browsers and foot traffic. Sure some local B&Ns have allowed local self-published authors to hold book signings and special events at their stores, but even in these instances, any books sold were sold by commission. In other words, authors had to purchase their own stock and donate a cut of their proceeds to the store.

The problem here is that most of the time authors wind up selling significantly fewer copies than they purchased, and thus the event is almost always a financial loss for the author, though we agree to these terms, not necessarily to reap great monetary rewards, but to increase our exposure and hopefully stir up interest in our work. 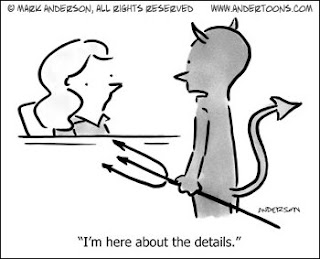 This decision by B&N, really is a game-changer for self-published authors; however, it is not all peaches and cream. There are certain requirements: The book has to first be published electronically on the Nook, B&Ns answer to Amazon's Kindle. I am not entirely sure if it has to be exclusively published through Nook, or if you can also make your title available through Apple's iBooks, Kindle, etc. 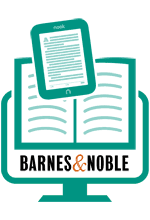 You also have to have sold at least 1,000 copies within one year of the Nook book before your title is eligible for shelf space, knocking most indie authors right of the list. Then the book has to be approved by the Barnes & Noble’s Small Press Department as well as one of the company’s corporate category buyers.

The program also makes it a bit (just a bit) easier to arrange in-store promotions if you have sold 500 copies in a year. Once you reach this sales milestone, though, you still need a store manager to review your book first. I am not clear if this is a case of the manager reading it and granting approval, or if the manager needs to actually write a review on the B&N website.

To be fair, I can understand the need for Barnes & Noble to have requirements in place to ensure both quality and marketability of an author's work before devoting valuable shelf space to it. However, this program seems to me less of a push to promote self-published authors (for most of us, it is highly unlikely we can afford the publicity it would take to move even 500, much less 1,000, copies of a title in a single year in order to qualify) and more of an effort to draw traffic away from Amazon and Kindle (since the first requirement is that your book is sold as a Nook book first*). So once again, self-published writers are still being sold a bill of goods, albeit slightly better goods and a bit cheaper bill. While not a rose, the new program is at least a pretty daisy. But it is a daisy with thorns.

NEXT MONTH: This post was supposed to be an introduction to my next example of excellence in self-publishing but it got away from me a bit. 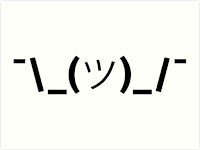 Next month, I will get back to it.

*And given that as of 2018, Nook Sales were down 23.9%, it seems even less likely that self-published authors hoping to cash in on this program will be able to meet the sales requirements.
Barnes & Noble marketing for self-publishers NookPress

Umberto Tosi said…
Thanks, Lev. I missed that too. It gives us one more route to market. I explored publishing in Nook about five years ago, but it didn't work for me. I found Amazon far better for my particular needs. But now I'll take another look.
24 February 2019 at 09:42