Not quite the quote from “Field of Dreams” but it does sum up what we are constantly being urged to believe− that if we want it enough, then lo and behold it will happen. The books will sell by the million, the bidding wars will be furious and no sooner than you have finished writing one book, your faithful readers will be clamouring for more.

Of course this tenet admits that none of this will happen without hard work. The books must be written and most importantly edited and proof read. An agent must be found, the agent will then sell the work to a publisher, who will promote the writer and his/her work until they reach such a peak of fame that further publicity will be virtually unnecessary.

If however this particular route remains stubbornly shut, then all is not lost. There are many writers making a good living through self-publishing their work. Blogging, tweeting, interacting on social media will all bring its rewards. Books will be sold, money will be made and in the final twist to the tail big time traditional publishers will be fighting to publish the next novel.

And all this will happen because you believe in yourself.

I admit that without self-belief nothing will happen. The books will remain un-written, or lurking for ever on a hard drive. Even if they are self-published only a few people, mostly friends and family will ever read them. Opportunities will be missed, chances not taken.

So what is to be done? 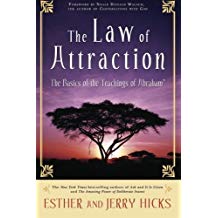 I have a friend who believes in The Law of Attraction. He is sure that visualising success has led to a huge increase in his business, so that he has gone from a terrible winter when he had no work coming in and did not know how he was going to pay next month’s bills, to having almost more work than he can handle.
Did chanting a mantra draw in the clients?
I must admit that I am not totally sceptical. I can see that visualising success can give a writer the confidence to send a story to an anthology, a manuscript to a publisher, approach a book-blogger, comment on a forum and all the other things needed to promote ourselves and our books.

There is, however, one important element that is beyond our control and that is luck. You can chant as hard as you like, work your socks off but if you are not lucky, you still won’t make it. There are very good writers out there who are yet to be published, who possibly will never be published and not so good writers who are best-sellers. The latter will tell you that they worked hard for their success and most probably they did, but there is a strong chance that there was an element of luck in what happened for them.

To quote comedian, Romesh Ranganathan, the The Guardian “All those people who tell you how they willed their success into reality are beneficiaries of luck. I would not have succeeded as a comedian had I not had some hugely lucky breaks.”

Is this then a cause for despair for those of us that haven’t yet made thousands, let alone millions from our writing, or who maybe haven’t made any money at all?

There are things you can do to increase your chances of being lucky. Hard work and net-working are some of these− Romesh attributes his success to the support of fellow comedian Sean Walsh. So is saying yes to anything that might lead somewhere, or even to those things that won’t. As my best friend from when I was seven says “Throw your bread on the water in the hope that it comes back as buttered toast.”

And if it doesn’t?

Most of us who write will do it anyway. It’s a love, a compulsion. It’s what keeps us going and saves us from going mad.

What I would be interested to know is if any of my fellow writers have had a lucky break, or whether it’s all been a long hard slog.

And if it hasn’t happened for you, yet, then in this year of the pig, I wish you the best of luck. 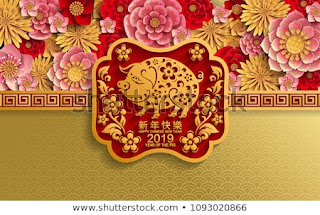 Andrew Crofts said…
We certainly need those lucky breaks, but statistics also play a part. If you have ten books out in the market you are at least ten times as likely to land the life changing film deal as if you have one, (actually more than ten because of the cumulative effect of brand awareness etc), if you keep writing for forty years you are at least forty times more likely than if you give up after a year. But maybe that's just another form of "working hard".
11 February 2019 at 08:54

Susan Price said…
You may think the element of luck is beyond your control but I can sell you a special candle, infused with herbs and spells, which will magnify your luck when you light it -- only £200 and worth every penny.
But of course I had luck - in the form of help from generous older writers (who I didn't even know), acquiring an excellent agent who was nearing the end of her career and prepared to give a sucker an even break, and her sending my book to Phyllis Hunt of Faber, the best editor I've ever worked with, who gave me a lot of her time and effort, in a way I'm not sure an editor in today's climate could afford to do.
11 February 2019 at 11:57

Umberto Tosi said…
Most of us, including with myself, can thank their lucky stars just to be alive and kicking (and writing) every day when you think about the odds against coming into this world and surviving it. The odds are also against a novel becoming a best seller - although it has to be written to have any odds in the first place. I've read many a novel - and manuscript - every bit as good (or better) than the most successful of books, yet obscure. One has to conclude the difference is an extra helping of luck. I say, write it and send it forth and wish it luck, then keep writing. It's the best revenge.
11 February 2019 at 22:38

Far from Kenosha, at Door County, Wisconsin: by Dipika Mukherjee

2020 has been a capricious year in so many ways, for all of us. I have continued to teach, hectoring students to keep writing, to find some catharsis in words, but I find myself derailed whenever I try to cultivate any sense of normalcy.Living in the United States at this particular point of time feels so dystopian that I have no words for the parallel universe of my fiction. So when I received a residency from Write On, at Door County, Wisconsin to work on my novel-in-progress, I grabbed the opportunity to travel somewhere, anywhere.
For two weeks, I am the lone writer  in nearly 39 acres of woods, orchards, and meadows. I am a short distance away from the waters of Green Bay and Lake Michigan. Every evening offers a spectacular sunset over waters that calm the soul; there is also the occasional deer, lots of chattering birds and humming wasps and bees, and one harmless garter snake I startled during an evening walk. There are no people.
This feels like paradise. An anonymous gift of …
Read more

I wrote a similar piece some years back, so I’m plagiarizing my own work with this article.
If you guessed that I’m writing about the overuse of the exclamation mark again—you are correct!!!
The Internet has made communicating so easy there is a tendency to disregard grammar. That goes for texts, emails, blogs, and comments on all social media platforms. In today’s electronic age, the skill to communicate is not only determined by how well we write, but also by how familiar we are with emojis like smiley or sad faces, acronyms like ROFL, LOL, ICYMI, and bolding of words to create emphasis. All these tools are meant to help us express our thoughts more clearly, but have they made us lazy writers in the process?
When someone writes a sentence using all uppercase letters, I imagine them screaming at me. If they also bold it, they’re screaming even louder. If they punctuate the sentence with several exclamation marks … it’s downright deafening.

The Chicago Manual of Style says the exclamat…
Read more

This letter requires your urgent attentionDear SirsRe: John’s Campaign v. Secretary of State for Health and Social Care1.We write this letter in accordance with the Pre-Action Protocol for Judicial Review.  [...]The Proposed ClaimantWe act for Nicci Gerard and Julia Jones who are the co-founders of John’s Campaign https://johnscampaign.org.uk/#/. John’s campaign was founded in 2014 as an organisation that campaigns for the right of people with dementia to be supported by their family carers. John’s Campaign is generally, and here, advocating on behalf of many individuals who have been affected by the issues raised in this letter and we attach to this letter a sample of case studies collected by John’s Campaign which illustrate the issues being faced by hundreds of thousands of care home residents and their relatives across England.The Proposed DefendantThe Secretary of State for Health and Social Care, Department of Health and Social Care, 39 Victoria street, London SW1H 0EU.
That'…
Read more

Being a sucker for children’s books, I’m often drawn to those shelves in a bookshop – only to wonder how many well-established authors of a bygone era would have a chance of being published today. Take Enid Blyton; her stereotypical characters, mediocre writing style and gloriously un-pc assumptions about class and nationality would surely send her straight to the bottom of any slush pile. Yet 50 years after her death, her books still sell in their millions worldwide. Why? Because despite all these shortcomings (which earned her plenty of criticism even in her own lifetime), she knew how to craft a cracking good story, whether it be about a mysterious tree that played host to different magical lands, or about groups of children solving mysteries and going on adventures. She was, in short, a genius.


Blyton’s books will never achieve ‘classic’ status though because they aren’t ones you’d pick up as an adult to enjoy. Children’s books still in print half a century and more after written g…
Read more

Goodnight, and Good Luck - with your bids at the Children in Read charity book auction! - by Alex Marchant

This is my last regular blog post for Authors Electric, so I would like to say farewell and thank you to everyone who has read and commented on my posts over the past couple of years, and for the support of both my fellow author/bloggers and readers.It’s been an exciting time for me since publishing my first children’s novel The Order of the White Boar in October 2017, and I’ve enjoyed sharing the ups and downs of life as a newbie indie author with you all. But I’ve come to realize that a commitment to writing a monthly blog results in time spent away from getting on with the novel writing itself (which is already rather far down the pecking order in terms of time spent). So I’ve sadly decided to call it a day.But I’m calling it a day on a day when the launch has happened of a wonderful charity auction of books! For the next 62 days, until the Friday that is the annual BBC Children in Need day, an auction of more than 500 titles across a range of genres will be underway at https://ww…
Read more