International Women’s Day has just passed and I want to explore how books by women authors are perceived. Is there a bias in reviews towards men and against women? How do women fare in mainstream literary awards? Are women fairly represented? 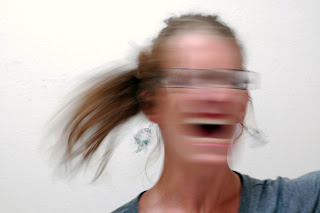 The feminist arts organisation, Vida (based in the USA) has been examining the gender imbalance of both critics and authors whose books are reviewed, since 2010. They surveyed fifteen major literary publications and found that eight failed to reach gender parity in 2017. These publications included the London Review of Books at 26.9%, the New Yorker at 39.7%, the Times Literary Supplement at 35.9% and the New York Review of Books at only 23.3% - down from 46.9% the previous year.

Just two of the major publications surveyed published 50% or more female writers – Granta and Poetry – while five published between 40% and 49.9% women, including Harper’s, the New York Times Book Review and the Paris Review.

The dominance of white male literary critics ‘creates a dangerous lens through which the world is viewed’, VIDA states. The situation of gender imbalance in reviews and publications is even worse for Black and Ethnic Minority women, and for women published in translation.

Vida did, however, find that smaller literary magazines such as the New England Review and the Virginia Quarterly Review were ‘far more equitable’ than larger publications, with fifteen out of twenty-four publishing as many or more female writers as men.

The major literature awards also show a disparity – with the exception of the Costa Book of the Year.

In 2015, Almost 20 years after Francine Prose investigated whether ‘women writers are really inferior’ in her explosive essay Scent of a Woman’s Ink, the author Catherine Nichols found that submitting her manuscript under a male pseudonym brought her more than eight times the number of responses she had received under her own name. Of course this is not a scientific survey but it would be interesting to repeat it.

Nichols reveals how after she sent out her novel to fifty agents, she received just two manuscript requests. But when she set up a new email address under a male name, and submitted the same covering letter and pages to fifty agents, it was requested seventeen times.

However, it's not just about the gender of the author, but also the gender of the characters - in 2015, author Nicola Griffith found twelve of the previous fifteen Booker Prize-winning novels had male protagonists.

But is the problem of published books in certain genres also partly due to women themselves? We perhaps expect our romances to be written (and read) by women. As Julie Crisp, Commissioning Editor for Tor books has written, there is a definite gender gap in science fiction and fantasy:

‘In the last few years I have seen numerous articles deploring the lack of female SFF (Science Fiction and Fantasy) writers, in science fiction in particular. And usually, the blame always comes back to the publisher's doorstep. Every time I've seen one of these articles I get a little hot under the collar because, guess what? I work in publishing. I work in genre. And here's the kicker - I'm a woman. Yes, a female editor commissioning and actively looking for good genre - male AND female. That means that every genre publisher in the UK has female commissioning editors and 90% of the genre imprints here are actually run by women. So you can imagine there's a slight sense of frustration each time I see yet another article claiming that UK publishers are biased towards male writers. And I do wonder if those writing the pieces are aware who is actually commissioning these authors? The sad fact is, we can't publish what we're not submitted. Tor UK has an open submission policy- as a matter of curiosity we went through it recently to see what the ratio of male to female writers was and what areas they were writing in…The facts are, out of 503 submissions - only 32% have been from female writers…(and) when it comes to science fiction only 22% of the submissions we received were from female writers.’

To sum up, things are improving for women authors, though still less so for BAME women authors and for female authors who do not write in English. But it seems like we have a way to go yet – though women can be their own worst enemies  by submitting less, or being more apologetic about their work. I certainly fall into the latter category.

As for men writing romance – well I think that’s like men wanting to work in the childcare and other caring professions –men have some walls to climb too.

protagonists. Her books have not had many reviews but whether that is due to her gender, or another reason altogether, is difficult to calculate.

Ann Turnbull said…
This is interesting, and I suppose I shouldn't have been surprised at the size of the imbalance, but I was. My impression is that women read far more fiction than men do. And a quick glance at my records for the last few months shows that I read more books written by women than by men. (And I'm just off to add to that quota, having fallen in love with the cover and title of 'Here Casts No Shadow'...)
12 March 2019 at 09:40

Umberto Tosi said…
I don't know whose "law of life" says that "it's always worse than you think, even taking XX's law into account," but the numbers don't lie. My picaresque historical novel "Ophelia Rising" certainly has a strong female protagonist. It's garnered some excellent commendations, but you have given me food for thought about how gender bias may affect its coverage. Excellent post. Thank you.
13 March 2019 at 02:19