By Debbie Bennett - October 06, 2020
What better title for an autumn blog? Although it’s actually the title of a book I’ve just finished, which was one of the most fascinating reads I’ve had for a long time.

I’m very much a genre reader – crime, thrillers, sf and fantasy, with an occasional bit of horror thrown in for good measure. Literary fiction I find a touch pretentious, as I read for the story and while I can appreciate a carefully-constructed sentence and perfectly-placed word, it’s not as important (to me) as whether the protagonist is going to escape or not! But each to their own and the world needs more books of all sorts.

Falling Leaves is an autobiography. Not by one of the current crop of celebrities – who on earth reads those things? Maybe they are just coffee-table tomes bought as Christmas presents for people who like to have a Book (note the capital B) on display in their house. Falling Leaves is the life-story of an ordinary person – a Chinese girl Adeline Yen Mah growing up in 20thcentury China.

I was given a copy of this book by a friend of my mum’s, who wanted me to read it. So I did. It was fascinating – not so much for the story itself, but for the deep descriptions of the cultural and political landscape of China at that time and how it affected ordinary citizens. My grandfather was Cantonese, allegedly high-born, who immigrated into the UK in the early 20thcentury to marry my Liverpudlian grandma; they settled in Manchester, ran a laundry and raised eight children, not including the eldest two who were sent back to family in China for their education and with whom all contact was lost in the cultural revolution. My extended family has always been a source of fascination and one of my biggest regrets is not making the time to sit down with my grandad before he died when I was a teenager. I would have loved to get to know him better, learn his language (he never spoke any English that I could understand) and talk about his life. If nothing else, this book gave me a canvas to his life, which to my shame had been very much blank before that. 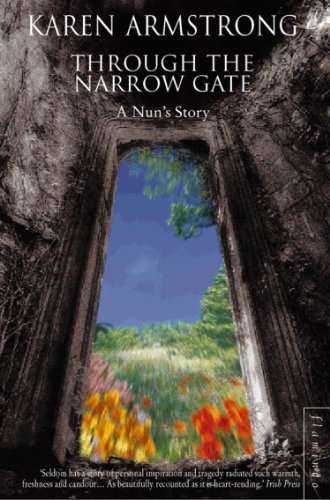 I do like to read the occasional autobiography. Others I’ve found fascinating are Memoirs of a Geisha (I’ve not yet seen the film) and Through the Narrow Gate (the story of an ordinary teenage girl who decides to become a Catholic nun at age 17). These are windows on other worlds, worlds so unlike our own that maybe they could almost become fantasy fiction. Is that what makes them so interesting –the line between fact and fiction becoming blurred and yet they are true accounts? Or at least I assume they are true. Although I do wonder with the misery memoirs which were so popular for a time; how much of the stories here are embellished to make more ‘interesting’ reading? Misery memoirs always seem to cut a bit deeper, bleed a bit harder than the last one – either that, or they are more of a self-help manual and cathartic exercise/exorcise for the author. Again, there’s nothing wrong with that. The purpose of writing a book can be as valid for writer as for reader.

I’m inspired now to go hunt out some more stories of ordinary people who’ve lived extraordinary lives. Anyone got any recommendations?

I'm not much of a memoir reader, but a friend recommended Maggie Nelson’s THE ARGONAUTS. I loved the writing and it's certainly topical right now.

Have a great week,

Peter Leyland said…
Great piece Debbie. I like the Liverpool connection with your Grandma. If you know the city you'll know Chinatown where I still go when I visit there. I love these memoir pieces. My daughter has recommended Memoirs of a Geisha; and Wild Swans which I read when she lived on Beijing is fantastic, but I don't know this one - Falling Leaves.

Having just completed a walk down the country path to town and back, falling leaves are very much on my mind so thanks for posting this.
6 October 2020 at 11:36

Umberto Tosi said…
I must read this. Falling Leaves sounds fascinating, as does your own family history, Debbie Thank you. I too wish I had spent more time asking my immigrant relatives more questions about their personal experiences.
6 October 2020 at 12:15

Debbie Bennett said…
I've just started reading The Danish Girl, which I'm pretty sure is at least based on a true story? I loved the film and am enjoying the book so far, too.
6 October 2020 at 18:07

Unknown said…
That sounds fascinating. And thought provoking. Makes me inclined to seek it out.

janedwards said…
This is Danish Girl by David Ebershoff? Not read the book but the film was excellent.

On memoirs, have you ever been tempted to set your family's Liverpool beginnings on paper? Misha put her mother's pre and post ww2 memories into a book last year and said it was a fascinating process.
12 October 2020 at 10:16