Genghis Khan did not retrain in cyber! - Katherine Roberts

It's been a tough year for many people, and things were pretty tough in publishing even before the dreaded virus and its associated emergency rules locked down half the world. That was March and we're still panicking over here in the UK, which makes me wonder quite how long this current 'emergency' status will last? But this is not a post about people dying of, or even with the virus (words are important, as authors and readers know only too well). It's merely something related to the situation that affects me as an author and possibly you as a reader.

The latest casualty of this summer is the small but passionate UK publisher of historical fiction, Greystones Press, which has sadly now closed its doors taking my YA Genghis Khan novel Bone Music out of print, along with all the other books published by them. Readers might gain briefly from this, since you can still get these books from third party sellers at a reasonable price - but be quick if you want one, because there won't be any more printed.

As someone whose debut novel was published back in 1999, I'm no stranger to my books going out of print. Books have their season and publishers move on - unless the book happens to be Harry Potter, of course, when publishers cling on to the rights and issue new editions for decades, but I didn't write that one. Since then, my agent has died of cancer, I've been through a divorce, lost one of my best writing buddies (again to cancer, never mind the virus), downsized twice, had my state pension age raised by almost 10 years when it was too late to make alternative retirement plans (you think the virus is dangerous, those angry waspi-women carry a nasty sting...), and caught and recovered from covid (turned out it wasn't so dangerous, after all, at least not for me). At this point, you're probably tempted to recommend that I follow in Fatima's ballet shoes and retrain in cyber... which wouldn't be impossible considering I have a first-class degree in mathematics, except I can't dance and I look ridiculous in a tutu. 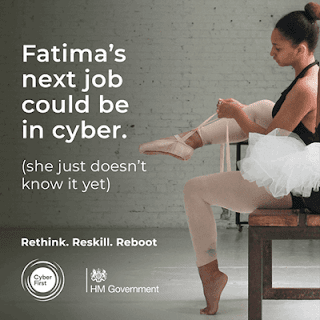 Sorry, HM Government. Your emergency rules must have scrambled my mathematical brain. What I'm doing instead is what I always do these days when a book I've spent years researching and writing goes out of print. I revert the rights (if the publisher closes down these revert automatically) and start reformatting my text as an ebook and print-on-demand paperback. I also design a new cover for the book, since publishers own the copyright in theirs - rather sadly in this case, since I loved the dramatic Greystones Bone Music cover with its black war banner and the Khan's warriors riding against the red moon. Or how about three new covers?
No, I haven't totally lost the plot. My version of the Genghis Khan legend has an innovative structure, being told in three parts by the three main characters: the young khan Temujin, his first wife Borta, and his blood brother Jamukha. Since all three narratives cover the same twelve years on the steppes of 12th century Mongolia, I decided to return to my original concept of three linked novellas for the digital version. You could probably read them in any order you fancy, but the story works best if you follow the trilogy as it was written and start with book 1.

The Legend of Genghis Khan 1: Prince of Wolves Kindle edition is on special offer for half term at just 99p / 99c.

Books 2 and 3 coming soon.
More about the birth of this project can be found on my blog
https://reclusivemuse.blogspot.com/p/legend-of-genghis-khan.html
*
Katherine Roberts writes fantasy and historical fiction for young (and older) readers.
Find out more at www.katherineroberts.co.uk
Bone Music Fatima cyber Genghis Khan greystones press Katherine Roberts

Ann Turnbull said…
These books are brilliant, and I urge everyone who hasn't read them to get hold of the new editions.
So sorry to hear of all your troubles, Katherine.
21 October 2020 at 09:27

Peter Leyland said…
You seem to be having a tough ride Katherine in this writer’s world which I always wanted to be part of. But I chose teaching, The Grey Mare Being The Better Steed as Pete Morgan so beautifully put it. I haven’t read your books but admire writers like yourself who stuck it out and made it. Keep on keeping on as they say.
21 October 2020 at 14:10

Katherine Roberts said…
I admire people who can teach, Peter! Definitely a more secure income. Though I actually had a very smooth writing ride at first, with my debut book winning the Branford Boase, and then a 7-book deal from HarperCollins thanks to my lovely agent (the one who sadly died) and quite a few international sales for those books too. But that's what writing careers are like for many people, I think... up and down... and repeat.
21 October 2020 at 17:58

Umberto Tosi said…
My condolences for your losses, and recent troubles, Katherine. Hats off to you for carrying on!. Love the new cover and I look forward to reading these Kahn books for the first time. Best of luck.
24 October 2020 at 09:45