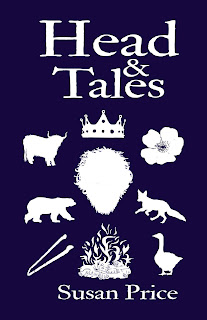 Head and Tales by Susan Price

Actually, I have several little lists. Amazon helped me make them.

For some time, Amazon have had a function for linking the books in a series, but a fairly new app makes it possible to link books that have a common theme. Amazon says: 'A series is a set of your books that share common characteristics, such as characters, or setting, or chronology, that a reader would expect to find together on a bookstore bookshelf. Create a series to help readers find books collected on a single Amazon series detail page and enable them to easily navigate from one book to the next. '

If your books are intended to be read in a certain order, then you number them. If the order they're read in doesn't matter, then you leave them unnumbered.

I thought this sounded an excellent idea and it so I started linking my books up. Head and Tales, above, is in my Folk and Fairy list.

I linked up my Ghost World books and my ghost stories and sales seemed to improve immediately as if people were, indeed, being led from one book to another.

Here's a screen-grab of my Ghost World books page on Amazon.com 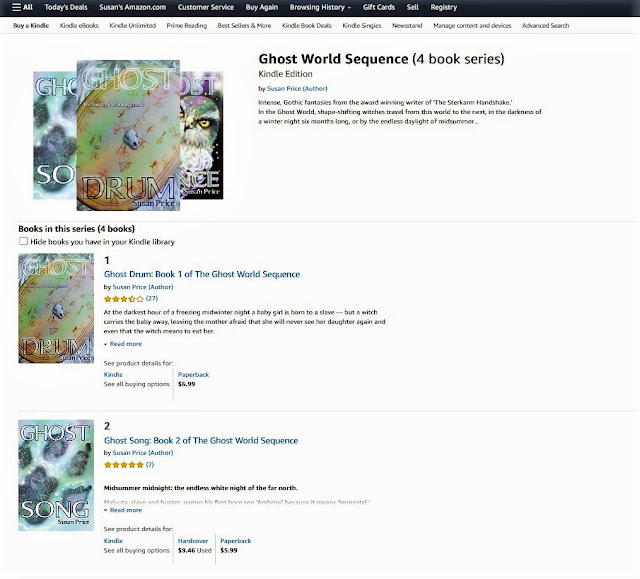 But the majority of my sales are in the UK and when I went looking for these series pages, I found that at the moment, they can only be seen on .com, the US site.

At present, the UK and German sites only feature ebooks on their series pages. If your series also includes paperbacks (as mine do) and pre-order books, you won't have a series page on .uk and .de  Still, it's useful to have your books linked on the American site and it's probable that Amazon will bring this option to its other sites in the future.

And something is influencing an increase in my sales. For ages now, The Wolf's Footprint has been my best indie-seller, outselling all the others.

I'd sell, perhaps, one copy of The Ghost Drum in a month -- but the other three books in the Ghost World series sold only occasionally.

I started linking my books in December, 2020. Ever since then, The Ghost Drum has sold nearly as many as Footprint, even if the 'Series Page' only appears on the American site.

For instance, in January, The Wolf's Footprint sold 15 paperback copies. Ghost Drum, in the same period, sold 13 -- whereas, previously, it would have sold one, if that.

In January, Ghost Song and Ghost Spell each sold 10 copies and Ghost Dance sold 2 -- before linking, I would have been very surprised to see any of these books sell even one copy.

True, I gave the Ghost World books new covers and I think the covers helped the sales a little but it was only after I linked them that they really increased.

Linking your books is very simple. Log into your KDP account and go to 'bookshelf.' Below is a screen-grab from my account, showing one of my books.

To the right you can see buttons labelled 'Kindle Ebook Actions' and 'Paperback Actions.' Beside this large button is a smaller one with three dots on it. That's the one you want. Hover your cursor over it and it offers several options, one of them being the option to create a series. From there, just follow the instructions.

It doesn't even take very long, so I'd suggest that if you have books that can be linked by a theme -- they're all thrillers or they're all picture-books for the under-fives, or they're all romances -- then it's worth linking them together and having Amazon build you a Series Page.

Even if only on .com 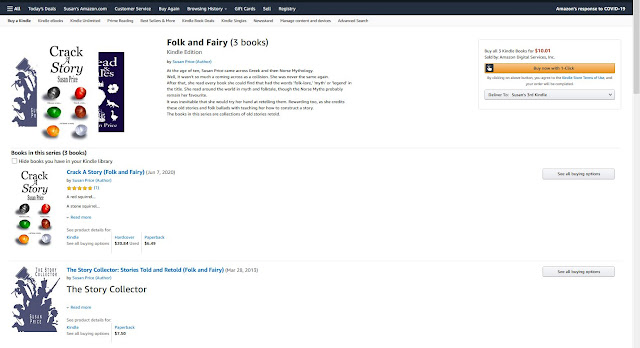 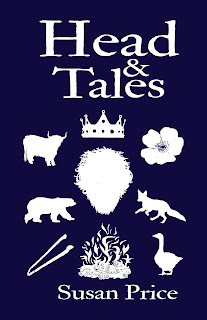 Linnet begs his mates to cut off his head, so his children can carry it with them on the road.

It's 1770 and Linnet lies dying beside the 'stinking ditch' he has helped to dig for miles. His last desperate wish is for his children to go home to his mother, whom they have never seen. But how are they to reach her safely, without money or knowing the way?

His work-mates think it's fever-talk but still... A promise to a dying mate is a serious thing. So, when the children start their long walk, they carry their father's head with them, wrapped in his old work-shirt.

But what use is a dead man's head when the children meet danger and difficulty?

Why, then the head opens its eyes and tells stories.

Almost as much power as a father's love.

Eden Baylee said…
HI Susan, thanks for the informative post. I think Amazon US is the most robust of all the Amazon worldwide sites. It's unfortunate there isn't a uniformity across the platform. I live in Canada but sell primarily through the US site, so that's where I set up.

Ruth Leigh said…
Thanks Susan! I knew nothing of this. I've only written one book so far, but should I ever produce a series, I'll come back to this.
25 February 2021 at 15:36

Cecilia Peartree said…
Thanks Susan - I've had a sequential series for years but I know being able to add books to it myself had recently become possible. I hadn't noticed the 'series live' button until I saw your screenshot, however! And I didn't know about being able to create unnumbered series. I wonder if that means I can add 2 shorter things that haven't got numbers to my existing series - will have a look now. Or maybe that's the part that will only work in amazon.com.
As a reader I do often buy the next book in a series, so I am sure this helps with sales.
26 February 2021 at 08:12

Reb MacRath said…
Thanks, Susan. I experimented with this but had to pull back when I realized that it was declaring my third BOP mystery to be the last. And reviewers picked up on this. No way I can see to show a continuing series. So I backed out and numbered the entires manually on my book page for now.
4 March 2021 at 01:07