A Time For Everything? ~ by Maressa Mortimer 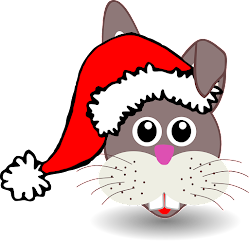 My kids couldn’t believe it. It was literally a few days after Christmas, and the shop was selling Easter Eggs! Is it me, or are they even earlier this year than normal? They’re all mixed on the shelves with Valentine merch.

At least, it means as a writer, your timeline doesn’t have to be too precise. That’s my excuse, anyway. It’s a nice detail to include in your story, something like a poisoned cream egg, for example. Your time frame is from the start of January, all the way through to Easter. You can describe the victim, walking through the supermarket, tutting at the fact that Easter Eggs and Valentine's hearts are right next to one another. Maybe she dislikes the passing of the seasons, feels it’s like wishing your life away. She might hesitate between cream eggs and valentine hearts, with the killer peeking between the shelves to see if his dastardly plan will succeed.

It could confuse your readers, I suppose. It makes the timeline less precise. Writing about seasonal stuff can be tricky, I found. I decided to set the Elabi Chronicles in the southern hemisphere, just because I could. Fortunately, my editor is from Australia, and she pointed out that they didn’t have snow at the time as wanted them to have snow! A few weeks ago, she spotted my characters cooking apples at a time when apples are still in blossom form. I just thought it would be a nice thing to cook from scratch. 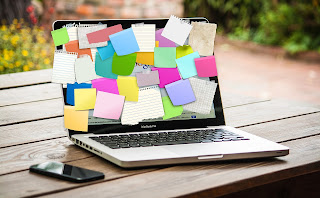 With some stories, it’s hard to keep track of the times and seasons. I was told a great tip by a friend. She suggested adding details to a large timeline, so you can keep track of people as well as who meets who. I figured it would be a great excuse to buy nice post-it notes.  Plus a new notebook to write the timeline in more detail. Or at least have it handy in case you want to add more detail. Do you look back on your notes a lot? I forget and realise that often the story has moved a long way away from my original plots and plans.

I do find taking longer on a book makes the writing a lot more complex. It is hard to remember details and the passing of time can be hard to keep track of. I find myself having to flick back through chapters to see if they were near the end of Spring when so and so happened, or had the winter only just marched out? Were they drinking hot chocolate in the middle of the summer or should I change it to Iced Tea? Unless they’re like my kids, happy to drink hot chocolate at any given time. Does it matter, or do you think those kinds of details overlap or get blurred in real life anyway?

So for my next story, I will be keeping a timeline. Somewhere. Probably a vertical one as wall space is in very short supply. Or a fold-out sheet in a notebook? I’d love to hear your ideas for how you keep track of the storyline so your alibis don’t get mixed up or apples are picked in May...

Maressa Mortimer is Dutch but lives in the beautiful Cotswolds, England with her husband and four (adopted) children. Maressa is a homeschool mum as well as a pastor’s wife, so her writing has to be done in the evening when peace and quiet descend on the house once more. She loves writing Christian fiction, as it’s a great way to explore faith in daily life. Because of her interest in writing, Maressa is part of Creativity Matters: Find Your Passion For Writing, an anthology encouraging people to write.

Her debut novel, Sapphire Beach, was published in December 2019, and her first self published novel, Walled City, came out in December 2020, followed by Viking Ferry, a novella. Beyond the Hills is the second book in the Elabi Chronicles, and was released on June 18th 2021. All of Maressa’s books are available from her website, www.vicarioushome.com, Amazon or local bookshops.

Ruth Leigh said…
My kids were known for their passion for ice lollies, all year round. I used to get funny looks in the Post Office in February with snow on the ground, going in and buying three Calippos to reward good behaviour. I love the idea of a poisoned Creme Egg. We need to see that in one of your works, please
15 January 2022 at 17:32

Maressa Mortimer said…
Thanks Ruth, so glad my kids aren't the only ones eating ice cream with hats, gloves and scarves... Yes, I might add it to Cameo Sleuth, my detective story!
15 January 2022 at 18:04

Reb MacRath said…
Good post. You're right about the difficulty of tracking time and details on a longer project. This past year I began using Reporter's notebooks for time and character details. I also do a single proofing in which I do nothing but flag the passing of time.
16 January 2022 at 19:43

Maressa Mortimer said…
Thank you, Reb, that's an interesting point! Proofing just for the timeline. And a Reporters notebook isn't on my stack yet, so thank you for sharing!
17 January 2022 at 00:03