Rain, heavy cloud, mud, Omicron... So this is a picture post of happy memories connected with writing. 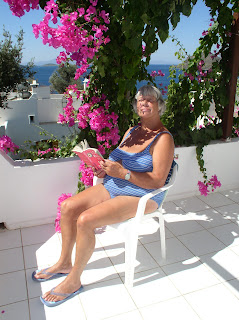 This one is of my wonderful agent, Carolyn Whitaker, on the balcony of her house in Turkey, which I visited many times. We also went to Iceland together. She died in 2016, and I miss her more than I can say. A generous, funny, adventurous woman with the most incisive and down-to-earth mind I have ever encountered when it came to editing a manuscript. "Let's start with the first f--- on page thirteen." She had a speedboat at her place in Netley, and piloted it at terrifying speeds. She also owned racehorses, and I was there when she had a winner at Epsom. A total original, who was an enormous influence on me. I was very touched when she left me some money; I realised it was exactly the same amount she had earned off me in the previous twenty-five years. 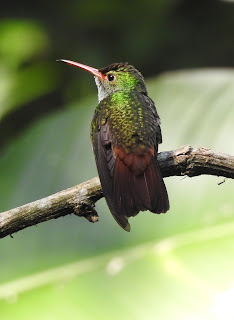 This is a humming bird from the garden in Monteverde, Costa Rica, which was the initial setting for my fantasy The Divide. This is an extract from the first chapter:

...The helicopter took off, and the humming birds returned to the sugar-water feeders that were hung around the outside of the Study Centre. They used their beaks as rapiers, fencing in mid-air as they tried to knock one another away from the rim. The ones that won looked smug, and the ones that lost zoomed around the garden pretending they didn’t want a drink after all. 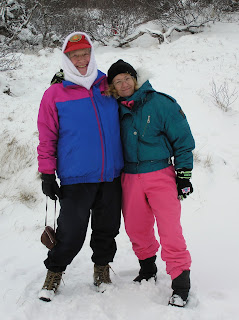 Iceland, with Agent Carolyn, researching the setting for Jinx on the Divide, the last book of the Divide trilogy.

...It was getting dark – and it was bitterly, achingly, lung-crushingly cold. He hugged himself to keep warm, and blew into his hands. His breath swirled out like puffs of dragon-smoke, dense and white. He’d put on his warmest parka, but it was about as effective as a plastic bag. 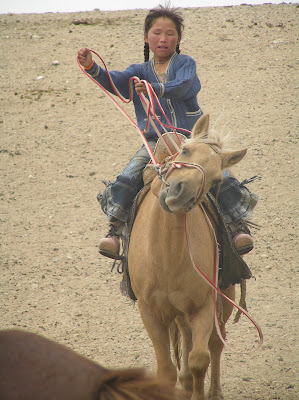 Otontos, which means the last baby rabbit - the inspiration for Zul in my book Lost in the Desert, which was set in Mongolia. The best horsewoman and most feisty eleven-year-old girl I have ever met. 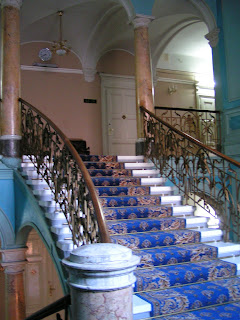 Lviv, Ukraine, and the George hotel. One of the settings in Beware of Men with Moustaches, which was based in an imaginary post-Soviet country called Karetsefia. It was an amalgam of all the Eastern european countries I had visited. I only went to Russia later, which would have given me a lot more material...

...They pulled up outside a hotel. “It doesn’t look too bad,” said Steve. But the inside was a real surprise. The staircase wouldn’t have looked out of place in a palace; nor would the chandeliers or the parquet flooring. 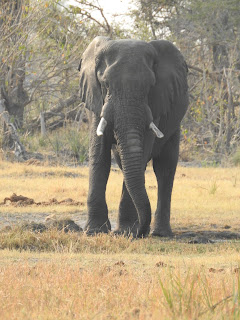 Nothing quite like an elephant for a revenge story in which the tables get turned on a poacher. The book was called Hunted.

...The moment the poachers let go of the tusks the elephant charged. Changa threw the rucksack into Tusker’s path, and ran. The other two sprinted towards us. Kofi shoved me sideways, hard, and the elephant passed me by. I could actually feel the ground shaking through the soles of my shoes. 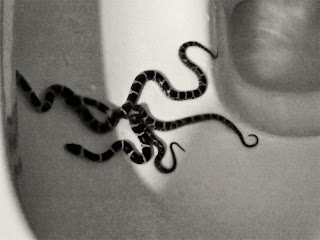 I think I'll close with the last holiday moment in my writing career - I was a winner of Exodus's blog post competiton. My piece started with the words: "Himanshu! There's a snake in the toilet!"

There were, in fact, three. Fortunately, although they look very like the krait, which is incredibly venomous, they were baby wolf snakes. So a very happy moment when I learnt they were harmless!

Ruth Leigh said…
Beware of Men with Moustaches is one of the best book titles I've ever heard! Wonderful memories
17 January 2022 at 11:48

Peter Leyland said…
Great post Elizabeth. You have some amazing memories and places here, particularly of your agent friend, Carolyn.