Snippets of Advice by Elizabeth Kay

If you’re considering the self-publishing route, you need to be your own editor which is very hard work. Always remember that writing is about communicating; if you cannot express yourself adequately, without waffling, you won’t achieve the impact you want.

In the commercial world, word-count is very important, and children’s books may be part of a series with a house style that doesn’t vary. If you know the age-group for whom you are writing, have a good look at the word length for similar books. It is always possible to cut, even if it doesn’t feel like it.

For the first pass, look at ways of eliminating repetitions, condensing what you say, and cutting out unnecessary adjectives and adverbs. It’s surprising how much you can get rid of this way.

For the second pass, look at the order in which you present information. Would it be more economical to do it another way? Do you have any superfluous characters? If they’re necessary for furthering the plot, can you combine two of them? Do you really need that scene – what does it achieve? Try justifying each sentence to yourself out loud, and asking yourself whether it furthers the plot, develops the characters, or illustrates the theme. Not every scene can do all these things, but it’s something to aim for. 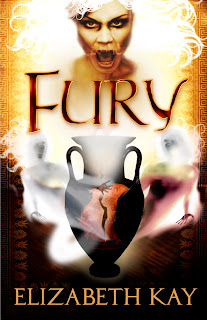 The third pass is the most difficult. This is when you still need to get rid of a lot of words, and you have to decide to get rid of a plot thread. It’s a bit like unravelling knitting – when you knit it back together, you must remember to pick up all the stitches. I know I’ve read plenty of books when I suddenly think – whatever happened to X? It’s almost certainly because the book has been edited, and a plot thread hadn’t been extracted all the way back. Now that we have search facilities that can hunt out relevant words it’s much easier to do than previously.

The example I’d like to offer is a book of mine called Fury. It started life as an adult novel of 75,000 words. My agent suggested that, as the main protagonist was a teenage girl, I should cut it to 40,000 and aim it at a different market. When this didn’t sell we re-thought it once more, aimed it at reluctant readers and cut it to 9,000, whereupon it was published by Barrington Stoke. All things are possible!

When you are faced with something that has to be glossed over – such as a coincidence which may seem just a bit too fortuitous to the reader – it’s often best to tackle it head-on. For example, if a character is taken for someone else because they just happen to look alike, or have the same name, you could make the character reflect how strange this was. This makes the reader subconsciously realise that the writer knows this piece of information is a bit unlikely, and is flagging it up, rather than hoping the reader hasn’t noticed – or, even worse, being totally unaware themselves how contrived the situation will seem. Don’t let your reader think he or she is smarter than you are, or the suspension of disbelief will go up in smoke.

Books written in several different voices have become very popular, when the narrator changes from chapter to chapter. These are effectively monologues, and Alan Bennett is their master. It’s really a dialogue with someone or something, although the co-respondent never speaks and is frequently not even there. The recipient may be the character itself, of course, or a facet of it. The monologue follows all the dramatic rules, therefore, and needs conflicts, tensions and resolutions. But just because we’re used to thinking of monologues as set pieces to camera doesn’t mean that they can’t work extremely well in print. The character does not necessarily have to be alone – although if other people are present the subject is at liberty to ignore them.

There is usually some debate about the veracity of the information being conveyed – a single-sided view often implies that other versions of the same scenario exist, and provides plenty of opportunities for irony. Your character needs an individual voice to be truly memorable, and this may mean using such devices as repetition, malapropisms, unfinished sentences, non-sequiturs, catch phrases, digressions, obsessions and evasions. If you can’t produce an individual personality by using one or more of those you’re not trying! 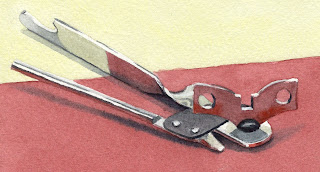 Consider your character’s status in life, and how this influences the way they see their situation. Has their experience of life differed radically from what they were brought up to expect? Do they really project the image they think they project?Think about the situation in which you place your subject. You could use a well-worn cliché such as a mirror, and then make it that bit different. Is the mirror cracked? A distorting mirror at a funfair? An heirloom? A shiny tin-opener? You could use an imaginary friend, a corpse, a teddy bear. You could get surreal and address anything from your left elbow to a clove of garlic. You can make your character just start talking out loud – but think about whether you would do the same thing yourself in the same situation. If talking out loud seems silly to you, it will sound unconvincing to everyone else. Loonies are the exception, of course. They’ll talk to anyone.

Creating a character who can’t communicate with anyone at all opens up lots of opportunities about their interior world. I was placed in a Bridport competition a long time ago with a story called Ducks, which was about someone who was treated as a loony because of her appearance, although she was anything but. A great opportunity for irony. And it goes without saying that a monologue has to be written in the first person.

Peter Leyland said…
That's a great piece Elizabeth, you make me wish I wrote fiction. Any useful tips for the non-fiction writer?
17 July 2022 at 09:16