Confessions of a Kindle Virgin - by Kathleen Jones 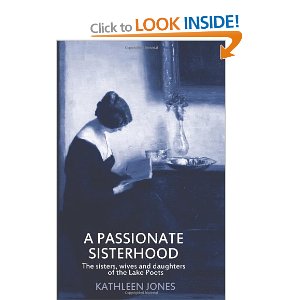 A few years ago my career as a writer was in crisis.  I was nearing the end of a long biography of Katherine Mansfield and my publisher became one of the first victims of the economic crash.  They were taken over by another publisher, my editor left, and there was a new editorial policy that didn’t include literary biography.  A significant number of other publishers made similar decisions.

Then my agent went on maternity leave and announced she was ‘slimming down’ her list.  As an author without a contract I was gracefully dropped.   Enquiry letters to other agents went unanswered.   Worse, Virago told me they wouldn’t be reprinting my most popular book A Passionate Sisterhood, even though it was still selling a respectable number of copies.

It felt as if my life as a writer was over.  No one wanted me.  The feeling of despair was terrible.  My partner N,  who’s a resourceful, practical kind of bloke, said ‘Well, why don’t we just publish the books ourselves?’  The answer of course was that no respectable author wants the stigma of self-publication - only one remove from Vanity publishing.  But, there was my new biography in which I had invested 5 years of my life and a lot of my own money.  And people kept asking for copies of A Passionate Sisterhood.

I went to an event organised by the Society of Authors and learned that ‘Indie Publishing’ was a growing phenomenon and I began to look at Book Blogs in America, made contact with other authors who were self-publishing over there and suddenly realised that it was possible to go it alone and that the more established authors went into Indie publishing, the more respectable it became.

It was N - who is a cyber-fiend and visual artist - who got me looking at the rise and rise of the E-book.  I bought him a Kindle for his birthday and got so attached to it  I almost kept it myself.  We're now  a Two-Kindle household!  We made a decision to publish both books under our own imprint (The Book Mill), using professional printers used by major publishers to ensure quality, and to put both books on Kindle.  A Passionate Sisterhood was the easiest, since it existed already, with a listing on Amazon and other major wholesalers.  A paperback was torn up, professionally scanned, N designed a cover and it was printed and made available to the bookshops as well as through Amazon.

Then we E-Published it - I say ‘we’ - but it was mainly N who struggled with Mobi-pockets - finding it almost impossible to go from PDF to Kindle and the illustrations were an additional complication.  We investigated software such as Jotuh, but in the end N found ways of converting PDF to Word and then inserting tags and loading up Jpegs.  A long learning curve for both of us.  The book is probably too pricy at £5.74, but still half the price of the paperback.  I will probably lower it by a couple of pounds - people seem willing to take a gamble on anything less than £4.00. 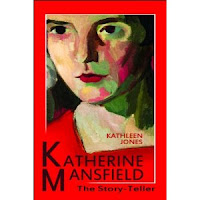 The Mansfield biography was taken up by Penguin New Zealand at the last moment, and - just as we went to the printers for a UK  hardback edition  - Edinburgh University Press took it over, using the same printer, our cover design etc, but with their name on the spine.  But I still don’t have a paperback or E-book deal and we intend to produce our own next year if we haven’t sold the rights by then.  And we’re now E-Publishing another title from my backlist ‘Christina Rossetti: Learning Not to be First’.

Everything looks very different now and I feel in charge of my own work again and no longer at the mercy of publishers and agents controlled by accountants rather than book lovers.  Through blogs and websites I have immediate contact with my readers.   I also find that I’m discovering and reading 70% of books electronically.   It’s also more lucrative - even if the author only gets 50% of the sale price it’s a lot more than they’d get as royalties.  What is there not to like?

Kathleen's own blog  A Writer's Life can be found at www.kathleenjonesauthor.blogspot.com

Kindle edition of A Passionate Sisterhood: The Sisters, Wives and Daughters of the Lake Poets

Surely half the price of the printed copy is a good deal? As a purchaser I'd certainly consider it so. I just get cross about having to pay the same price - and in some cases more - for an e-book than for a paper one. But half the price seems perfectly reasonable to me! Good luck with it!

Thank you - that was certainly my reasoning when I set the price! But you're also competing with the Amazon second hand book market and some of the prices there are much lower.

Ah, but if you buy a paper book second hand on amazon, you have to pay for postage and packing... with an e-book, you don't!

Exactly! But contrary to logic, I find I'm buying anything below about £4.50 easily but thinking about anything over a fiver - I have to really want the book. So I think I'll lower the price.