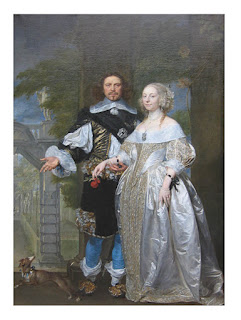 The seventeenth century Margaret Cavendish - one of the very first women writers to publish her own work -  was known as the Mad Duchess.  King Charles II is alleged to have described her as ‘an entire Raree-Show in her own person - a universal masquerade - indeed a sort of private Bedlam-hospital, her whole ideas being like so many patients crazed upon the subjects of love and literature’.

Although she lived like a nun, scribbling away in her study, so that even her ladies in waiting hardly saw her, she was still nicknamed ‘the Whore of Welbeck’.

Margaret was born in Colchester in 1623, the daughter of a wealthy gentleman. She had a very eventful life - living through the English civil war.  Her family home was razed to the ground by Cromwell's troops, her mother imprisoned,  two of her brothers killed, and she escaped to France to join the court of Queen Henrietta in Paris, where she met her husband.  She was only a gentleman's daughter, Newcastle was a friend of the king and one of the greatest landowners in England, so there was a lot of opposition to their marriage.  It was a genuine love match - they lived in relative poverty and exile for 20 years before they were able to return to England. Newcastle (a cavalier author himself) encouraged his wife to write and paid for publication of her work.

The problem was that women in the 17th century were supposed to know their place, which was in the home, meekly, modestly ruled by their husbands - a state of subservience which had been ordained by God and could not be argued with.  But women did argue - and Margaret Cavendish was one of the most vocal.

‘Men are happy,’ she wrote, ‘and we women are miserable, for they possess all the ease, rest, pleasure, wealth, power and fame, whereas women are restless with labour, easeless with pain, melancholy for want of pleasure, helpless for want of power and die in oblivion for want of fame; nevertheless men are so unconscionable and cruel against us as they endeavour to bar us of all sorts of kinds of liberty, as not to suffer us freely to associate amongst our own sex, but would fain bury us in their houses or beds as in a grave; the truth is we live like bats or owls, labour like beasts, and die like worms.’

The problem, Margaret identified, was lack of education.  Most women received their instruction from their uneducated mothers - ‘one fool breeding up another’ as Margaret put it.  The result was a spiral of ignorance.   There was also a lack of role models.  ‘What woman was ever so strong as Sampson, or so swift as Hazael?  What woman was ever so wise as Solomon or Aristotle, so politic as Achitophel, so demonstrative as Euclid, so inventive as Archimedes?’  If there had ever been such women they had left no traces to encourage their descendants.

Margaret became so notorious that when she visited London, Samuel Pepys was one of those who crammed the street to see her carriage pass by, with a crowd of small boys running after it trying to get a glimpse of so infamous a woman.

Why did she risk all this?  She confessed to an addiction to words, and being childless, she wanted to avoid the oblivion most women sank into when they died.  In a preface to her autobiography she penned a wistful apology.

‘Some censuring Readers will scornfully say, why hath this lady writ her own life?  Since none cares to know whose daughter she was, or whose wife she is, or how she was bred, or what fortunes she had, or how she lived, or what humour or disposition she was of?  I answer that it is true, that ‘tis to no purpose to the Readers, but it is to the Authoress, because I write it for my own sake, not theirs, to tell the truth, lest after ages should mistake in not knowing I was daughter to one Master Lucas of St John’s, second wife to the Duke of Newcastle.’ 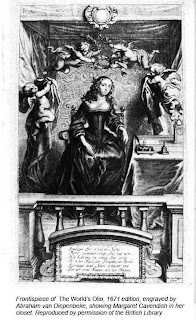 Margaret Cavendish ‘A Glorious Fame’ was my first published book, scribbled in the university library while my children were at school and when I should have been studying for my own degree.  It’s been out of print for a few years now and I am very happy to put it up on Kindle with a new, previously unknown portrait of the Duchess and her husband I found in a German art gallery.  Margaret deserves every little bit of fame she can get - we owe our own freedom to write, and publish what we write, to women like her, who risked their sanity and reputations to get into print.  However bad the current publishing industry, it isn’t as bad as that!

Margaret Cavendish:  A Glorious Fame  is available on Kindle at the introductory price of £1.54 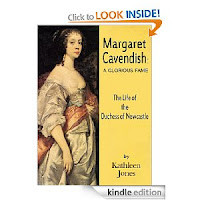 Some of my other books are also available on Kindle:

A Passionate Sisterhood:  The Sisters, Wives and Daughters of the Lake Poets 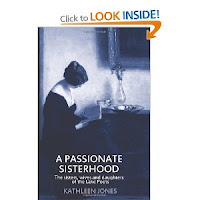 Christina Rossetti:  Learning not to be First 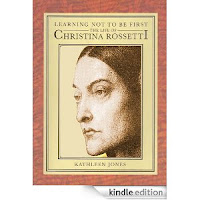 Three and Other Stories 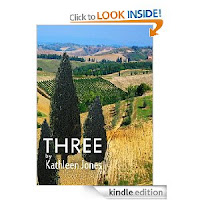 madwippitt said…
That is a ravishing portrait of the happy couple - and what a handsome couple they are too ...
Good ol' Bill Cavendish of course is hugely famous for his equestrian treatise, whole tranches of which are still widely quoted today by scholars - an enlightened advocate of a humane and kindly system of training than was the vogue. Margaret made a great choice of husband, and evidently well matched in being ahead of their times! I'll go check out your book to find out more ...
5 February 2012 at 10:34

Susan Price said…
They do indeed sound like a marriage made in heaven! Though they were royalist, and I am Leveller, I'll take my hat off to them - especially to Margaret. What a brain that woman had!
And thank you, Kathleen, for putting your book back within our reach.
5 February 2012 at 11:33

Paeony Lewis said…
So pleased I read this blog on Margeret Cavendish. Now I want to know more about this determined free thinker.
5 February 2012 at 12:39

julia jones said…
She confessed 'an addiction to words'. Perhaps we should have AA Authors Anonmymous meetings where we confess weekly how successfully we have dealt with our personal additions! Thanks for a really enjoyable well-written post Katherine.
5 February 2012 at 15:02

Kathleen Jones said…
Yes, Madwippit - I wondered if you'd know about WC and his horses. I've actually seen (and held in my hands) his original book - it's really beautiful.
Susan - like you I'm not a Royalist, in fact I'd have been one of those chopping off their heads (though I like to think I'd have had some compassion!). But I couldn't help but love Margaret - she had such courage.
Paeony - glad you liked Margaret - she certainly had a mind of her own - if only she'd had an education.
Julia - I like the idea of an AA for writers. I'd be the first to be propelled towards it by my family, who'd be joining the associated support group for the abandoned families of writers.
5 February 2012 at 20:03