By Agnieszkas Shoes - February 29, 2012
To save trawling through every post (though trawling through every post is most definitely good) we thought it would be a nifty idea to dedicate the first of every month to the titular Roman deity who likes looking at what's just happened and what's about to come. A one stop diary padding shop.
Coming in March

Dan Holloway will be performing poetry from his forthcoming series of A-side/B-side poetry singles Spitting Blood. He will be at ARTournament in Gloucester on March 3rd. On March 7th he will be reading at Poetry in the Parlour at Blackwell's in Oxford, which is part of Oxford International Women's Festival, and from 27th-30th March he will be hosting Not the Oxford Literary Festival, now in its 3rd year (and will be joined on Friday 30th by fellow electric author Dennis Hamley)

Dennis and Dan will also be representing Authors Electric at a Scoiety of Young Publishers event on epublishing and its impact on libraries and independent bookstores in Oxford on March 20th.

February Round-up
Cally Phillips started the Indie E-book review – a site filled with informative reviews of the very best self-published books reviewers find, designed to be gingerbread crumbs leading readers through the self-published forest. Submissions are welcomed but please be aware by no means all books submitted can be reviewed. 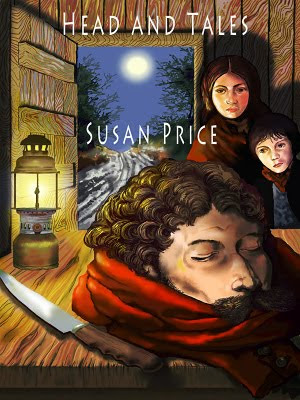 Linda Newbery has been completing work on an adult novel which will be published in October – title yet to be confirmed.

Roz Morris has 2 independently published books available: Nail Your Novel - Why Writers Abandon Books and How You Can Draft, Fix and Finish With Confidence, and a (nailed) novel My Memories of a Future Life. She is currently finishing a round of edits on another, Life Form 3, for readers aged 9 to 9 squillion. After that she has a third novel agitating to be written - plus plenty of Nail Your Novel fans who have strongly hinted they would like another writing book.

Dennis Hamley has three Indie books now on Kindle: His first was Colonel Mustard in the Library with the Candlestick (four stories, two previously published by Scholastic, two new: murder, fantasy, horror and one fairly unclassifiable, though for one character think ‘Beelzibub’)
He is now publishing the novels in his sequence The Long Journey of Joslin de Lay, six medieval murder mysteries which were4 first published between 1998 and 2002. The first two are out already: Of Dooms and Death and A Pact With Death. The next two, Hell’s Kitchen and A Devil’s Judgement, will soon follow.
He is now pondering what to do next. Will it be a reissue of Spirit of the Place (first published by Scholastic in 1995) or the brand-new Bright Sea, Dark Graves? Wait and see. After all, I have to.

Debbie Bennett’s thriller Hamelin’s Child was long-listed for the CWA Debut Dagger and has been selling steadily as an independent ebook. She added a YA fantasy debut Edge Of Dreams towards the end of last year, which has had some favourable reviews from mid-teens (although she can’t quiet persuade them to post the reviews online yet…) There’s also a collection of fantasy and horror short stories Maniac, most of which have been previously-published in print.