What’s In A Name? by Hywela Lyn

When I first started writing (many hundreds of years ago), it never occurred to me that I would want to use a ‘pen name’ (nor indeed that I would ever see my stories in anything but a real, tangible, paper book – how times change!)  Having graduated from short stories published in magazines, to writing a draft novel or two, several years elapsed during which writing took a back seat to my other passion – horses and endurance riding in the beautiful Welsh mountains. 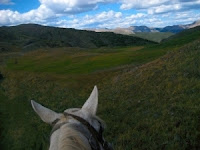 Not that I stopped making up stories. The back of a horse is a wonderful place for mulling over current plot lines and dreaming up new ones.  Eventually, after I married and moved away from my beloved Wales to England, I dug out my futuristic romance ‘Starquest’ from the drawer where it lay hidden, and after revising it to within an inch of its life, and suffering the usual rejections from agents and publishers in the UK, I decided to submit a query, on-line, to a small  press in the States, I was delighted and somewhat surprised to receive a request for the first three chapters, and then the complete MS, followed a few months later by an acceptance.  Wow!  I was going to be a published author!  That was actually my introduction to the 'e-book revolution.' Until then I have to admit I hadn't even read a full length e-book, and knew very little about them.  This was only a four years ago, but even then if you mentioned the word 'e-reader' to most people in the UK the response was a blank look!

The Wild Rose Press at that time, published all full length novels as e-books first, followed by a print version six months later. (They are now published simultaneously, so the reader immediately has a choice of print of e-book.)  I realised I really ought to have a name with a little more ‘punch’ than the name I’d been known by since my marriage.  ‘Lyn’ wasn’t particularly interesting (not to me, anyway) and my surname was Welsh and very short and ordinary 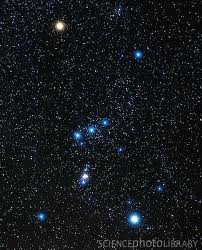 My maiden name hadn’t been any more interesting, but I didn’t really want to hide behind a ‘pseudonym’ either. Then it struck me.  My ‘real’ first name is Hywela, which is Welsh, and ‘Lyn’ is my second name and the one which I’ve been known by since I was a baby. (Why my parents chose to give me two names and only use the second one, I have no idea.  Maybe it’s a ‘Welsh’ thing.)  It seemed a shame that I should go through life, never having used my first name at all, except on legal documents. Why not use both my Christian names and drop my surname, for authorly purposes, anyway? 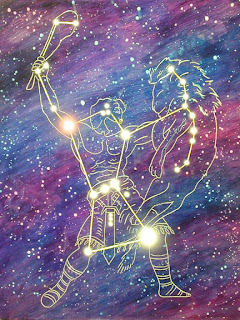 So I became ‘Hywela Lyn’ – and I even have a star named for me.  Somewhere in the Orion constellation (my very favourite of all the constellations) is a star called ‘Hywela Lyn’, and I have a star map and certificate to prove it, courtesy of hubby, who gave it me as  a Christmas present.

I think I have the best of both worlds – a name that is different enough to catch people’s attention and show up on the search engines, but it’s still my own name. It’s certainly recognisable, and people do seem to remember it. It’s also a good topic of conversation as I am often asked about the ‘Hywela’ part of it and what it means.  I was actually named after my Uncle, Hywel Alun.  Hywel was a very famous Welsh King, Hywel Dda (Hywel The Good) born towards the end of the ninth century he ruled over most of the country and claimed the title "King of all Wales" Hywela, the feminine form of Hywel is a very ancient Welsh or Celtic name.

I suppose it’s a compromise in a way, but a good one, because it means I get to use my real first name which would never be used otherwise. In a way I suppose it would be a good idea if people could be persuaded to compromise in the old argument concerning ebooks and paper books. Each has their place and there are times when one will be more convenient, or easier to use than the other. That doesn’t mean that either one should be dispensed with. I for one love the feel of a ‘real’ book, but I also love the ease of carrying an e-reader around, and the amount of books that can be loaded onto a single device. When all is said and done, whether it's a Kindle or a Nook, a Sony or a Kobo, a paperback or hardcover, the main thing is that readers can keep on reading their favourite authors in whatever format they prefer.
Until next time
Lyn (Hywela Lyn)

You can find out more about Lyn and her books on her  WEBSITE
She also blogs at her own BLOG, and THE AUTHOR ROAST AND TOAST
and is on TWITTER and FACEBOOK

madwippitt said…
It's a really distinctive stick in the mind name! And how exciting to be a star now - literally as well as in an authorly sense. I'd like to have Sirius - running (or possibly snapping) at Orion's heels, but it is, of course, taken by Sirius ...
29 February 2012 at 11:33

Ann Evans said…
Loved your post Lyn - or Hywela, the endurance riding in the Welsh mountains sounds wonderful. And how fantastic to have your very own star.
29 February 2012 at 13:52

Hywela Lyn said…
Thanks so much Ann - yes, I absolutely loved endurance riding in Wales - Among others, I completed the 'Red Dragon' one of the toughest rides. And yes, I've always loved the stars and it's lovely to look up at Orion in the night star and think that somewhere in all that beauty is my own little star!
29 February 2012 at 15:13

Savannah Chase said…
A name is unique and something that represents you. It is very important.
1 March 2012 at 20:50