The Voice of the Sword is heard in our land … 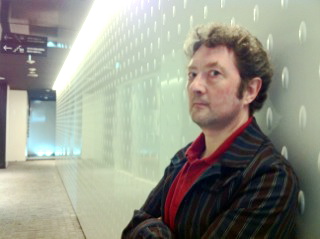 When I started pitching Voice of the Sword, I rather naively assumed mainstream agents and publishers would be interested in something new. This was a YA Urban Fantasy trilogy, I said, that had a fresh perspective; events and characters and inspired from Japanese mythology – a pantheon little-used in western fiction.

Unfortunately, I was entering a market where most agents wanted to hear about teenage girls swooning over pale and impossibly beautiful vampires. They had no interest in bizarre creatures such as the Tengu, the Kappa and the Yuki-Onna. I even had one email from an agent who said she knew nothing about Japanese mythology, so she couldn’t have “any confidence that she would love my work”. I rather thought that was the whole point. Isn’t that why we read books? To learn something new?

March 11th, 2011 changed everything. I an a British teacher of literature working in an international school in Tokyo, and I was in the city centre when the earth shook, and the sea rose, wiping out most of the towns on the north coast and ripping apart a nuclear power station like it was a cardboard box. The school closed down, and I stayed at home with my wife and family, watching 24/7 news reports of radioactive contamination, dealing with telephone calls from abroad asking me when I was going to leave the country. When I was going to leave my home.

I didn’t leave. I stayed here, ready to protect the people I love, and I thought long and hard about my life. I realized it was pointless to waste any more time. If I wanted to be a novelist, there was only thing to do. Be a novelist.

I tested the waters with a project that had been in my mind before I left the UK and went traveling. Moonlight, Murder & Machinery was released on Smashwords as an ebook and as a print version on LSI. It’s a swashbuckling, alternative-history romp with the Romantic poets Shelly, Byron and Keats as the main characters. They team up with the writer Mary Godwin to hunt Frankenstein’s monster through a  Steampunk version of Regency England, encountering a bizarre rogue’s gallery of villains along the way. 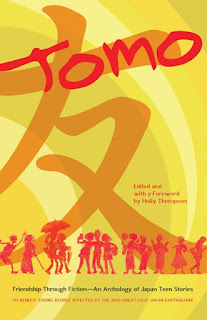 Regarding this as an experiment, I set out to release the planned trilogy. The Sword, Mirror, Jewel trilogy is based on the Three Imperial Regalia of Japanese mythology. These ancient objects do apparently exist, but they are kept locked away in Shinto shrines only accessible to the Japanese royal family, so there is no way to verify that. The trilogy’s plot originated here, and the characters were inspired by the stories, jokes and urban legends told to me by my students. Volume One of the trilogy, Voice of the Sword, will be released in early December, accompanied by The Unofficial Guide to Japanese Mythology, a short illustrated ebook detailing some of the background references appearing in the trilogy. I’m busy writing and editing Volumes 2 and 3, for release in 2013.

I’ve also contributed to non-fiction books (print versions) raising funds and public awareness for the thousands of families made homeless in the March 11th disaster (who are still, at the time of writing, living in temporary accommodation). These are –

Tomo, a book of short stories, edited by Holly Thompson, from Stonebridge Press.


3/11: The Fallout, written by Patrick Fox, edited by Winston Saint, from Excalibur Books.

Kathleen Jones said…
Interesting - and so good to see something new coming out. Japanese literature can offer us a lot in the west - I've always been fascinated by their cartoon techniques. and no-one's ever really explored the influence of Yone Noguchi on the modernists at the beginning of the 20th century. He was amazing! His fictional technique way ahead of what was going on in the uk. Good luck with your trilogy!

Áine said…
Thank you for this post, and for bringing Japanese mythology to our attention. I am versed in the usual Greek and Roman mythology, and then of course Irish mythology, but have never explored the myths of Japan or China. Will buy your unofficial guide.
30 November 2012 at 11:35

Sheridan Winn said…
Hi John Paul
Have you tried Tuttle-Mori in Tokyo?
They're having a go with my Sprite Sister books.
Flipping vampires, eh! Good luck!

Lynne Garner said…
I hope it goes well with the books and yes unless publishers and agents can slot your book into a genre they are simply not interested.

Hywela Lyn said…
Fascinating post - I love fantasy fiction, and a some of my own writing draws on Welsh legends and mythology, but I don't know too much about Japanese mythology, which is something I need to redress.