From writing to riches 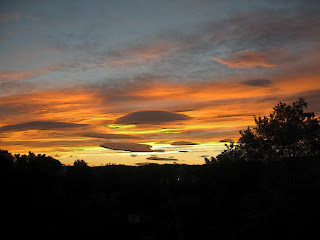 No doubt about it, blogging and social networking are inescapable and will be for a long time to come. But if you’re a writer, you need to know how it works and how you can make the most of it. So this is what happens.

First, no need to write an actual novel. Just jot down a few paragraphs – enough to put extracts online now and again. You can probably get away with just a few pages. You’ll be telling the world you’re a writer and, with no evidence to the contrary, who’s going to contradict you?

Just to be safe, though, prepare a few snippets of writerly wisdom. Mix and match them a bit because you want to tap into as many potential readerships as possible. Intellectuals are the easy ones. For them, just look up some huge words and juggle them into sentences. It doesn’t matter if you don’t know what they mean; if they sound obscure enough no one will dare question them because that might suggest inadequacy on their part.

Another easy target is the literary snob. To satisfy them, just check the Wikipedia entries for a few of the big hitters – depending on your genre, that could be Tolstoy, H G Wells, Brett Easton-Ellis, Balzac, Nietzsche, Jane Austen, whoever. Find out what their particular stylistic or thematic tics were and add little parallels to them in your own works. No need to point out these parallels yourself – a reviewer will find them, congratulate himself on how clever he is, and want to be first to point them out. This will make other reviewers hunt for (and find, because their own credibility depends on it), similar echoes and you’ll soon be on the Man Booker short list.

There are, of course, more difficult, easily-offended demographics, such as the gender-specific readerships, the gay community, Jehovah’s Witnesses and their ilk. Apart from slamming a metaphorical door in the faces of the fundamentalists and telling them that Mitt Romney has made their position untenable, my only advice is to maintain a balance. Talk and write winningly about ‘sensitive machismo’, ‘pugnacious fragility’ and ‘caring conservatism’. Oxymorons protect you from appearing to be for or against any specific cause.

And remember the size of the relative markets; the largest English-speaking readership is in the so make sure that you don’t offend any Americans. I know that’s easier said than done, but there’s no room for pride in today’s successful writer.

If you do all of that conscientiously, this is what will happen.

You’ll get followers. Lots will download your books onto their e-readers, some will read them, a few may even like them and enjoy the things you write in the blog, but you’re looking for someone more specific. Favourite would be the major player in the movie industry who reads a couple of your pages, flies you first class to Los Angeles for lunch and buys the rights to all your works for several million somethings. (She’s so impressed that she lets you choose the currency yourself).

The news gets out that your income from the books has already made you the envy of  J K Rowling so your fellow-writers are now desperate to sneer and scoff and rank you alongside Dan Brown in the ‘who-the-hell-told-this-person-s/he-could-write?’ stakes. But your imagination, creativity, command of language and style disarm their criticisms, and whatever crap you write, the critics, having already identified you as an enigmatic reincarnation of Dickens or Dostoevsky, will continue to write their impenetrable reviews whose sycophantic droolings will open up new, more highbrow audiences.

The ensuing popularity draws even more followers to your blog (which is now ghost-written because you’re busy sipping your  Shipwrecked 1907 Heidsieck beside the wolfhound-shaped pool of your new home in ) and many of them have lots of money and thousands of friends. They buy your books to give as presents to all their acquaintances and family and they mention you to their friends. So word of mouth brings in even more punters until your books are required reading in every school and university on every continent.

You appear on chat shows with a ready-made set of answers – ghost-written, of course, and tailor-made for the show’s demographic. For example, to the question ‘What’s the secret of your popularity?’ your answers might be:


So it really is that easy. Thanks to networking, you could soon sack your ghost-writers and give up writing altogether.
advice for writers. Bill Kirton satire spoof Writing success

Chris Longmuir said…
I now see why you're so successful, Bill. Have you considered a How to do it Manual for your avid followers? Salaam, oh great one!
7 November 2012 at 11:21

Kathleen Jones said…
Thanks for making me laugh this morning Bill - there's not enough humour around here!

Bill Kirton said…
Thanks all. Although the idea was only to amuse, as Dennis says, there's unfortunately plenty of truth in this too.
8 November 2012 at 16:58

Enid Richemont said…
Oh did LOVE reading this, and waiting for it all to happen to ME! When it does, you're all invited to share the vino and splash in my pool.