Kill Your Darlings by Mark Chisnell 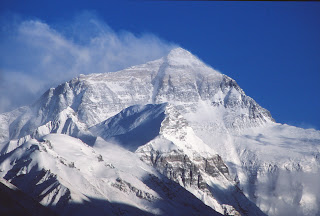 It’s an old saying in writing circles, kill your darlings. The instruction is not to commit filicide – thank goodness, because there are writers out there who would seem prepared to do anything for a bestseller – no, it means cut out the best bits of your writing.

Whenever you think your prose has hit the most wondrous heights – delete it. The reason that’s usually given for this is that if you love those words so much, then you have lost a sense of objectivity and that’s dangerous. If all that fabulous language isn’t moving the story along efficiently, then it’s got to go whether you love it or not. It can’t just sit there looking pretty. Unless you're Zadie Smith.

The phrase is usually ascribed to William Faulkner and an earlier version - murder your darlings - originated from a lecture at Cambridge University given by Sir Arthur Quiller-Couch. ‘Whenever you feel an impulse to perpetrate a piece of exceptionally fine writing, obey it – wholeheartedly – and delete it before sending your manuscript to press. Murder your darlings.’

I recently had cause to murder a real darling in the final rewrite of my new novel Powder Burn. Originally it contained several viewpoint characters, but in this last go-around I’d decided to strip it back to just two. One of the consequences was that my favourite scene in the entire book had to go, because it was written from one of the deleted points of view – oh, the weeping, wailing and gnashing of teeth...

Anyway, I couldn’t let it die completely, and here it is... but reading it again a couple of weeks after the act, I’m glad I did it. It was written for the book’s original audience of snowboarders and mountain folk. I’m hoping that the final version of Powder Burn will reach a wider audience, and this scene might have driven them away.

The set-up is that a character called Vegas has climbed a mountain in the Himalayas to attempt to be the first person to ride a snowboard back down it. By the time he’s got close to the top and into position for the descent he’s not in good shape, exhausted and with the stirrings of altitude sickness. Will he climb back down, or ride to his destiny? And what will that destiny be?

Blimey, Mark. I feel honoured to be the first to get in here and comment. This is really good. I did not expect it to end up as it did, though I probably should have done. An excellent advert for the book [if this is the stuff he's throwing away, what's the rest like....etc] and a fine piece of writing.

I have a 'spares' file where I put all the removed stuff from whichever novel I'm working on in the fond hope that I'll find a home for it and it won't be lost. I never do though. Plenty of darlings have died in my writing life.

Powerful stuff, Mark, and I'm with Pauline on it. With reference to killing one's darlings, though, I just wanted to add the maybe tongue-in-cheek comment of Elmore Leonard who sums up his '10 rules for writing' with his 'most important rule', which is 'If it sounds like writing, I rewrite it'.

Good advice, as a general rule. But you've also indicated, in your remark about Zadie Smith, that the issue's more complex, with wonderful exceptions. Mark Helprin's Winter's Tale is studded with diamonds. Thrillers are often held up as obvious examples of books where a glittering style kills the kicks. But John Farris, author of The Fury, proves the adage wrong time and again. And I can' imagine The Picture of Dorian Gray without Oscar Wilde's epigrams or lovely prose. Summary: I agree with the rule in general...but, man, do I cheer the exceptions. Fine blog!

Thanks Pauline, Bill and Reb - I used to keep an 'out-takes' file for my darlings, but now there are blogs ;-)

And I'm a huge fan of Elmore Leonard's rules, but I kinda love breaking them every now and again too... that's what rules are for, Reb, right?

I recently had to 'kill' large sections of a book because the story was just not working. It was hard. I looked at all those 100's of words and considered the time they'd taken to write. But I looked again and decided it wasn't wasted time, it was time I'd spent practicing my craft.

Mark, I don't kill my darlings. Instead, I put them in a medically induced coma.

Specifically, I put them in a file called "To Be Used?"
Never know when some forgotten gem can be used or even just triggers an idea.

Smart of you to re-purpose in a blog!

Enjoyed that excerpt (or ex-excerpt!)
As Pauline said, it's a great advert for the book whether it's in or out...

I recall hearing that T. S. Eliot and Quiller-Couch used to lock horns quite fiercely in opposed debate...it might also be an era-specific piece of advice...back then, advice to murder the darlings might have been needed...maybe sometimes these days there are occasions they could do with life-support instead of termination...on a case-by-case basis of course!

Maybe the wisdom of it is in advising that the writer him/her-self should be deciding what is and what is not...a darling...

You could be in more trouble if a London editor who had a bad day/week/year gets hold of your manuscript and feels like going on a kill-spree...

There must be final wisdom in the idea though...in a documentary on Elia Kazan he describes the editing of On The Waterfront...he just couldn't get the film to work no matter what he tried...it went on for weeks, the impasse...until it occurred to him to cut his favourite scene in the film, the funeral scene...(the one that isn't there any more)...he cut it as an experiment...the film then "worked", "flowed"...Kazan didn't know why...it just did.

(But then the danger of these "rules" is when someone inexperienced, editor or author...gets the rule in their head like a mantra, and thinks it's a blanket policy to apply to all their work...all their darlings...and then, much worse, other people's Darlings!)

A writer deciding a good section of writing should not be in their own book, though, because the whole is better for the excision...well, that is an important skill, probably hard-won over time, trial and error!

I hunted down the essay in which Quiller-Couch advised the murder of all the Darlings...talking of era-specific...some of the other advice/language might raise some hackles nowadays, so I introduce it as evidence...in a sort of cat-among-pigeons gesture(!)

"And Flaubert, that gladiator among artists, held that, at its highest, literary art could be carried into pure science. ‘I believe,’ said he, ‘that great art is scientific and impersonal. You should by an intellectual effort transport yourself into characters, not draw them into yourself. That at least is the method.’ On the other hand, says Goethe, ‘We should endeavour to use words that correspond as closely as possible with what we feel, see, think, imagine, experience, and reason. It is an endeavour we cannot evade and must daily renew.’ I call Flaubert’s the better counsel, even though I have spent a part of this lecture in attempting to prove it impossible. It at least is noble, encouraging us to what is difficult. The shrewder Goethe encourages us to exploit ourselves to the top of our bent. I think Flaubert would have hit the mark if for ‘impersonal’ he had substituted ‘disinterested.’

For—believe me, Gentlemen—so far as Handel stands above Chopin, as Velasquez above Greuze, even so far stand the great masculine objective writers above all who appeal to you by parade of personality or private sentiment.

Mention of these great masculine ‘objective’ writers brings me to my last word: which is, ‘Steep yourselves in them: habitually bring all to the test of them: for while you cannot escape the fate of all style, which is to be personal, the more of catholic manhood you inherit from those great loins the more you will assuredly beget.’

This then is Style. As technically manifested in Literature it is the power to touch with ease, grace, precision, any note in the gamut of human thought or emotion.

But essentially it resembles good manners. It comes of endeavouring to understand others, of thinking for them rather than for yourself—of thinking, that is, with the heart as well as the head. It gives rather than receives; it is nobly careless of thanks or applause, not being fed by these but rather sustained and continually refreshed by an inward loyalty to the best. Yet, like ‘character’ it has its altar within; to that retires for counsel, from that fetches its illumination, to ray outwards. Cultivate, Gentlemen, that habit of withdrawing to be advised by the best. So, says Fénelon, ‘you will find yourself infinitely quieter, your words will be fewer and more effectual; and while you make less ado, what you do will be more profitable.’"

Ruth, I wonder if everyone has an 'out-takes' file or something like it? I turned one of mine into a book - Pressure Falling, Short Stories of Stormy Seas, and it sells steadily!

Maybe the rule should be that there's nothing in any draft of any book that's untouchable? Instead of an admonition to cut the pretty stuff...?

Although I must admit to a wry smile after wading through John's Quiller-Couch quote (trying saying that quickly). Maybe it's a period thing, but he didn't seem to mind a bit of purple prose himself....

I'm currently working out a short story that started as the backstory of a novel's character. The idea was compelling, but it didn't belong. I hated taking it out, but I'm so glad that I didn't simply delete it.

I'm with Mark on the Q-C quote. And, thinking back on my earlier post, I'd add: maybe the key test should be the natural range and flexibility of the writer's voice. As a general rule, it's bad for any writer to sound like a singer straining for the high notes. To me, Mark Helprin--even at his most ornate--reads as if he's writing within his given range, without straining in the least. If Elmore Leonard ever tried to write like Helprin, the results would be a scream. Even so, remember another thriller writer who's pretty much forgotten now: Richard Condon, who wrote The Manchurian Candidate, was highly regarded in his day as one of the most literate and polished stylists around. Lawrence Sanders, once one of the kings of the commercial heap, wrote sentences that made you weep for their infernal beauty, nicely mixed with short, crisp, noir.

A nice take-away from this discussion, Reb - 'Don't Strain for the High Notes'

Note to self: do not let beloved 17 year old set off to the mountains for Feb half term with his newly-acquired board
Note to Mark: a snowboarders novel sounds like a great idea - and fortunately for you there are almost certainly more snow-boarders than snow-boarders mothers.

I would have said something profound about this extremely interesting post but that was yesterday and everyone else has said it already.