One of the most puzzling pieces of advice I was ever given came from an editor some years ago.  Think of the book you’d like to read, she said, and write that!

Even now, as I type those words, my head spins.  What kind of books do I like to read?  Books that tell me something I didn’t know before.  Novels set in countries I’ve never been to.  Characters that have the type of personalities that I’ve never explored until now.  A set of circumstances I’ve never met, or a situation that has never occurred to me.  For example, one of my top reads recently was Jeffrey Eugenides’ Middlesex, which ticks all of the above boxes.

Also, the editor’s advice seemed to conflict with that age-old writer’s mantra – write about what you know.  If I know about something – if I know about something VERY well – I might be an authority on it, but I am inevitably bored with it and want to escape.  That’s not the book I want to read!  When I write fiction I prefer to set myself a problem, to create a situation where I don’t know the outcome, so that I can resolve it alongside my reader.  It’s important that neither of us get bored.

And yet.  The novel I’m reading at the moment is Elizabeth’s Gaskell’s Wives and Daughters. 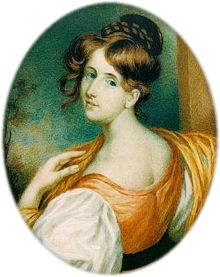 I chose it because it offered me familiarity.  Although I’d not read it before, I know enough of Mrs Gaskell to be certain about what I would find.  A simple, slower England, finely analysed characters, gentle comedy, masterful storytelling and most important of all for me right now, the portrayal of a whole world in which I could become fully absorbed.  I wanted a novel that would be a companion for me, one that didn’t demand too much, that didn’t test me but entertained me, that would hold my hand through some interesting personal times.  And Mrs Gaskell – you did it!  Wives and Daughters is all those things. 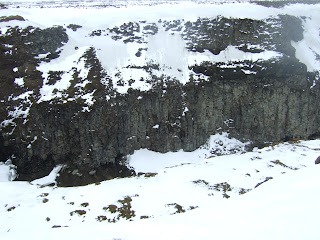 Sometimes a familiar or nostalgic setting can do that for us.  Or a story where we can feel fairly certain that the outcome will comprise the heroine walking off into the sunset with Mr Right.
At one time I also thought that authenticity was crucial in a novel – to write it, you had to have lived it.  Now I’m not too sure.  I’ve read too many novels which have been the result of meticulous research rather than experience, and they convince absolutely.  I give you Hilary Mantel!  I’ve learned you can decide what you want to know, find out about it, and then write the book you want to read about it!
So in fact that’s what I’m doing now, or will be doing when my writing life resumes its natural rhythms.  I will return to my research into transatlantic steamships in the 1860’s.  If any of you know anything about them, please get in touch! 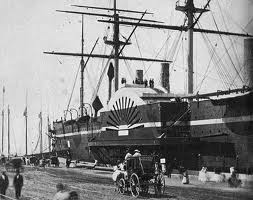 I’m actually writing as I research, because that way I hope to get the freshness of discovery into my writing, and also avoid the trap of the research that becomes an end in itself.
So I’m not so much writing about what I know, as writing about what I’m finding out.  And reading and writing pretty much simultaneously, writing the book that I’m actually reading!
Elizabeth Gaskell Hilary Mantel Jeffrey Eugenides Middlesex Sherry Ashworth transatlantic steamships Wives and Daughters

Susan Price said…
That's usually how I research too, Sherry - how do you know what you need to know until you trip over what you don't know?
I think you can convert research into something convincing by always, always filtering it through what you know about people. For instance: research will often give you the rules people were supposed to follow - but people rarely follow rules all that strictly.
It's a bit like an artist copying a photo. A good artist will use their experience to add the third dimension that's missing. An artist not quite so good will copy the flat areas of light and shade in the 2-D image, and the result will be distorted.
17 January 2013 at 09:31

CallyPhillips said…
Nice to know someone else is wading around in the nineteenth century at the moment. I find it a lot more enjoyable at times than the 21st! And have to agree Mrs Gaskell is quite a great writer. I distinctly remember reading Mary Barton one summer long ago and there was a scene in cold winter. I was there. Shivering in summer. Today I'm shivering for real in our cold cold winter - maybe I need to find something HOT to read.
Nice post, thanks.

Dennis Hamley said…
Absolutely right, Sheri. That's how I research - and god knows I do enough. I don't go much on Martin Amis but I do treasure one remark of his. 'The art of being a novelist is to appear to know a lot more than you actually do.' I've followed his advice for years.
17 January 2013 at 22:31

glitter noir said…
Perfect timing for these remarks about research. And three cheers for the Martin Amis quote--an easier trick to pull off these days, thanks to Madame Google.
18 January 2013 at 01:36

julia jones said…
c17th for me now + up to the minute modern kids in Suffolk. I have to write as I research because I'm scared I might forget it otherwise! (Then I have to go back and put right all the bits I got wrong) On steam ships I remember the SS Great Britain arriving in Bristol in 1976(?) as a complete rust bucket and my father taking me to visit her in high excitement. I was SO underwhelmed (no imagination at all, clearly) Couldn't get away fast enough. Then I happened to be in Bristol last year and friends said you must come to the SS GB so I stifled my yawns politely. The tranformation was simply amazing. Could have stayed all day!
19 January 2013 at 10:24