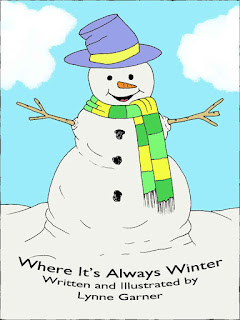 Back in October (2012) I started to think about two picture book stories I hadn't got around to converting into eBooks. I had tried to get the books traditionally published but had found publishers were either cutting back or had completely stopped publishing seasonal books. Most were telling me that books that only sold over certain periods of the year didn't make them enough money. 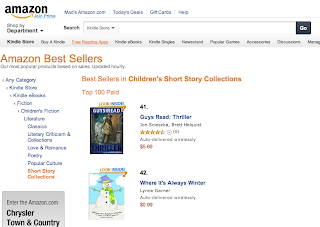 Due to the typical Christmas madness and work commitments I was unable to undertake my normal marketing campaign for either title. However I've found both  titles have sold well. So well in fact that one title reached number 42 in the top Amazon short stories paid for section and is still in the top 100. I've had top ten titles on Amazon before but only in the free section. So to get into the top 50 paid for section was well worth the effort of converting these titles into eBooks.

Large publishers may find that a book which only sells for a limited period each year is not worth the investment. However as a small independent Indie Publisher I have found it is something worth investing in.

I would suggest if you have a title that would sell at a certain time each year then go for it. It has worked for me. You never know it may just work for you.

madwippitt said…
Brilliant - and there are always requests for winter books on the various Amazon chat forums, so definitely worth going for it!
It worked for my Christmassy pony book too, although not a peep for the Halloween one ...
8 January 2013 at 11:18

Lynne Garner said…
madwippit - pleased to hear your pony book did well. Perhaps Halloween 2013 will be THE year for your other book.
8 January 2013 at 13:15

julia jones said…
Well done Lynne. I was watching my grandchildren playing with their mum's kindle and also with an aunt's i-pad. The oldest is only five yet this comes quite naturally to them. I'm sure your part of the market must be set to increase.

Ann Evans said…
Well done Lynne. I was interested to hear you mention 'your normal marketing campaign'. I think that's where I fall down. I don't seem to have one!
Must work on that in 2013.
9 January 2013 at 15:52