I'm a romance writer (albeit of the futuristic kind) so my hero is the most important character in my story, next to the heroine of course!

Usually, I find heroes fairly easy to create. He needs to be charismatic, strong, smart and a perfect foil for my feisty femail protagonist.  The trouble is, heroes (and heroines) tend to take on a life of their own. 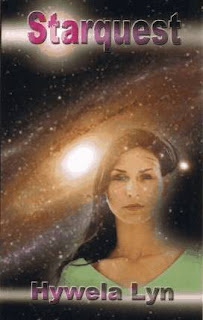 In my first novel, 'Starquest', the shy, young man who was supposed to be a supporting character, and to quietly bow out two thirds of the way through, turned out to have  hidden qualities. The murder of his parents and sister and the desire for revenge had made him far stronger than his gentle, unassuming demeanour suggested. He basically took command of the plot and allied himself with the heroine to demand (in a gentle, but very insistent way) that I change my carefully crafted ending . 'Resistance was futile' to slightly mis-quote alien villains in a famous TV and film series. Eventually I was obliged to give in  and acknowledge that he had a point when he suggested I try out the alternative ending - and of course that was the one the book ended up with. 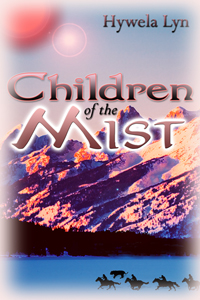 However, this left me with a problem.  The sequel to 'Starquest', 'Children Of The Mist', was fine, since it mainly featured a minor female character from the first novel, and a new male protagonist to fight by her side.

The problem was another male character from 'Starquest' who had been quietly pushed to one side when I was forced to rethink the ending of that book. He was not amused.  Far from it.  He had never been the most lovable of characters to start with, taciturn and mistrusting of strangers, especially women, but with a remarkable mind, a certain charm and a devastating if rare smile.  Good looking too, if you could see past his icy exterior (I'm thinking Richard Armitage here.)  He reminded me that I'd left him high and dry and he told me in no uncertain terms that he wanted his own story. Of course, he had good reasons for being the way he was, certain events in his past made him self reliant and a bit of a loner,  and these will form some of the background to what will eventually be the third in the series.

In many ways, this is the hardest book of the three to write, but I am loving it.  There is something about a 'tortured hero' that is very rewarding.  The challenge is to show a man who is putting up  barriers to hide the pain of the past, and determined not to show his feelings in case it is taken as a sign of weakness. I want the reader to empathise with him and see past his dour exterior to the sensitive nature beneath, and to understand why the heroine grows to love him.  Time and my crit partners will tell if I succeed!

She also blogs at her own BLOG, and THE AUTHOR ROAST AND TOAST
and is on TWITTER and FACEBOOK

Dennis Hamley said…
Fascinating, Hywela. Isn't it odd when your characters finally get together, form a deputation and tell you not only that they don't like the ending you've got planned for them but also demonstrate how it should be changed? It's happened to me more than once. I think it shows you've done your work well and have created characters who can live lives beyond the page. And if you get that, then you know you've written a good story.
29 April 2013 at 11:47

Hywela Lyn said…
Hi Dennis,yes, I think that's one of the things I love most about writing - the way characters can take on a life of their own and become like 'real people' - even if it does mean they give us rather a lot of extra work rewriting to their specifications!
29 April 2013 at 12:13

Lydia Bennet said…
yes characters do have minds of their own. My 'charva' character Stacy in my crime novel was supposed to be murdered early on but she was having none of it, indeed has barged into the sequel. Good luck with your tormented soul!
29 April 2013 at 15:12

Hywela Lyn said…
LOL Lydia, don't we love characters with a mind of their own! Stacy sounds like a charater not to be messed with!
29 April 2013 at 16:16