Introducing myself by Sandra Horn 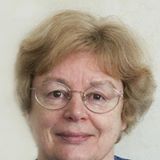 Hello, Dear August and Eminent folk, this is me: I live in Southampton with husband Niall and one of my three grown-up children. We've been here over 40 years but I'm still a hick at heart.

I grew up in East Sussex, high up on the Downs and that's at the heart of all my writing. I work with a very small group of friends, 'the writers', who are brilliant, no-holds-barred critics. We've been meeting and writing for over 20 years. We all write different things.

I can't remember why I wrote children's books rather than anything else - I think Tattybogle fell into my head one day and that was the beginning. I now have around 20 children's books to my name; a mixture of picture books and storybooks for younger readers.

In around 2003 I went indie. It was a natural progression from (a) being bolshie and (b) having difficulty selling to publishers. Maybe the two were linked, come to think of it. 'Bolshie' means arguing with a new breed of 12-year-old 'editors' with shaky grasps of grammar and syntax (don't get me started on where the apostrophe belongs in The Crows' Nest when there is more than one crow...) and having to make changes I didn't want for no good reason that I could see. Yup, that's bolshie.

When I wrote The Mud Maid I'd had enough of all that and so The back-bedroom Clucket Press was born. Niall does the clever techie stuff. We went on to produce more picture books and reprint some OOP books too. Now, with a house full of boxes and my sensible other half suggesting that we shouldn't go on raiding the zimmer frame fund for expensive print runs, we took the next logical step and went electric with two story books, three picture books and (soon) an audiobook. I'm now working on an interactive ebook with Bee Willey.

(The eagle eyed amongst you may note that Sandra's day for posting is actually 20th but there's been some blogger gremlins around over the last wee while - however, rather than make her wait a whole month to introduce herself, we've posted here where there is a temporary 'gap'.  It's a fast moving, constantly changing world here at Authors Electric and tomorrow we'll be adding something NEW to the AE experience for you... so don't forget to come back and find out.) - Cally Phillips

Chris Longmuir said…
Welcome, Sandra, and I'm sorry the gremlins got to you - they're a nasty bunch! But now you're here I look forward to seeing you each month.
24 June 2013 at 09:46

Bill Kirton said…
Welcome Sandra. I look forward to hearing more of how you overcame the difficulties of formatting illustrated children's books for e-publishing. I've been putting off trying that because ... well, basically, I'm inept.
24 June 2013 at 10:14

Catherine Czerkawska said…
Hello and welcome, Sandra. Glad you made it and look forward to hearing more from you over the months.
24 June 2013 at 11:23

madwippitt said…
Welcome Sandra - and tell us more about audiobooking! While I know you can download them on Kindles, the getting them into audio in the first place is a mystery to me!
24 June 2013 at 13:16