The Word Smith and Me - Guest Post by Louise Hart 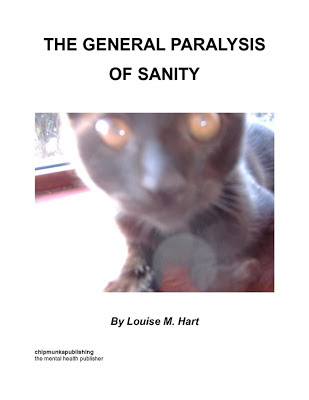 When I sat before my chunky television set on Friday 4th November 1983, my life changed forever. For framed within a seemingly impenetrable screen, was a figure who reached into my narrow existential realm and told me that I was okay. When you are fifteen and believe yourself a freak, you long for affirmation. Morrissey arrived just in time to save me from isolation and reassure me of my uniqueness.
Like many lost souls of the Thatcher generation, I clung to the poet of pop, believing that his voice mirrored my own. When Morrissey sang I heard, not violins, but my own concerns and preoccupations reflected back to me, in the form of his song lyrics. I had fallen in love with words and I was never to recover.
Morrissey’s lyrics struck my ears like a synthesis of aural honey and acid; he spat out words with proletarian divinity and relieved himself, like a backstreet urchin, on the non-believers, who subverted our gang.  The first words I heard him sing remain etched in my memory, like a strike of lightning or an experience of bereavement.

“Two bicycles on a hillside desolate
Has nature made a man of me yet?”

Simple but starkly evocative, he immediately, alluded to the grey tones of his sexuality and beckoned my curiosity. Therein, I, as listener became lost in a quest to discover the true “nature” of someone who had never experienced a “natural emotion.” Certainty, however, is dull. It was Morrissey’s ambiguity, which kept him fresh.
My first foray into serious writing took the form of an attempt to write a play. Thus, at the tender age of nineteen I spilled my consciousness upon paper. I have always believed that all writing is autobiographical, no matter how hard we strive for psychological detachment from a text, we write or read our own story, time and time, again. The attribution of textual meaning is a subtraction of our subjective being. Although the themes and characters in my play bore no direct relationship to me, I had subconsciously invoked the Morrissey effect. His style and tone echoed in my writing, like the jangle of Marr’s guitar strings on vinyl. Unfamiliar, at this time of my life, with the concept of intertextuality, I had become its involuntary advocate.
Writers are constantly surprised by self-revelation, evident in their work. Like therapy, the more we communicate, the more self-aware we become. Thus, the tools I formerly employed with only subconscious awareness within my writing have hitherto been used by me as self-conscious signifiers of intentional meanings I have wished to create; a literary show off, attempting to impress, I have merely shown myself.
I hope that Morrissey and his lyrics continue to haunt my world. Many other writers and artists have influenced my writing. Morrissey, however, occupies that space in my mind, where youthfulness once lay. When I hear his voice, I smile to myself, in contented acknowledgement of the books and poems that he has helped me write.
In 2013, the world is a very different place. I long ago bequeathed my play to the rubbish tip of my past misdemeanours, a signifier of an age when innocence was my experience and The Smiths were the UK’s leading indie band. In 2013, there is a novel on my shelf, bearing my name beneath its title and Morrissey is a middle-aged torch singer with poor health and an expanding waist. Long may he live. Destroying our idols is injurious to us.

My novel, The General Paralysis of Sanity is available from amazon. I have created the world's first (I think!) bipolar superhero for the artfice comics website, where I am serializing her adventures, as Luna's Way.

Lydia Bennet said…
enthusiasm is so life-affirming, I agree with you, it's good to stay in touch with our young selves rather than feel embarrassed by our over the top adolescent emotions.
30 June 2013 at 12:05

CallyPhillips said…
Very interesting! I have to confess that the song that changed my life was Kate Bush 'Wuthering Heights' The song intrigued me so much I read the novel to work out what it was all about... and that changed my world forever.
I'm also interested in finding out about your publisher - I'd never heard of Chipmunka but they look interesting (though perhaps a bit expensive) as a means of getting voices heard. As a supporter and advocate of mental health issues I can't believe I've never heard of them before. More investigation needed so thanks for bringing them to my attention.
30 June 2013 at 15:15