Like many writers, it took me ten years to produce my first novel. After a decade of false starts, abandoned ideas, hours spent sweating blood over phrasing and word choice and tone... I had almost nothing to show for it. I was the archetypal starving artist, except I was fortunate not to be starving or living in a garret. Whether or not I was an artist was also (and continues to be) a matter for debate.

Then, six years ago, and a few months before the birth of my first child, I decided it was now or never. If I didn’t finish the book now, I never would. Because with the arrival of fatherhood, there was no way I’d have enough time ever to write anything substantial.

Or so I thought, wrongly. Back then, I thought I knew it all. (I still think I know it all, by the way, but I’m realistic enough these days to understand that what I currently know might turn out to be utter, unadulterated twaddle in the light of further experience.)

I finished the novel, redrafted it several times, shopped it around to London literary agents, and was lucky enough to interest a couple of them. The work was done, I assumed.

Except the publishers weren’t buying.

I had then, and still have, a job in the National Health Service as a hospital-based consultant, the British equivalent of an attending physician in the US. I was a father, and now have three daughters aged one to six. I watched the dream of being a writer, even a part-time one, fade. 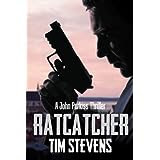 Then, in April 2012, I self-published on the Kindle platform. Even then, I assumed I would be ‘the doctor who wrote a book’ rather than ‘the bloke who’s a doctor and a writer’. But a year and a half later, I have seven novels out, and six more planned for the coming year.

The tortured artiste of 2007 would have cringed at the thought of keeping up a word count in the face of not only the day job, but the added schedule of school runs, homework duties, and unpredictable events such as nocturnal cleaning-up sessions and extended tantrum-defusing operations. But like lots of people, I find that the more limited my free time is, the less I tend to waste it. 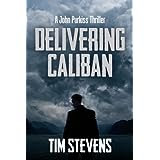 I like to consider writing time using the well-known image of the jar crammed with pebbles. It looks completely full, but there’s an enormous amount of sand you can still pour in to fill the empty spaces. The pebbles are the daily grind. Everything around them is time that can be used writing.

Discipline comes into it. I set myself a weekly word count of 10,000 words. Weekly, not daily, because the available time to write each day can vary unexpectedly. Most mornings I try to get 500 words done before the household mayhem starts. Last thing at night, I do my best to plough through another 500 to 1,000. The rest gets squeezed in in the odd ten or fifteen minutes here and there, while my wife’s putting the baby to sleep upstairs (after I’ve failed to do so) or when a morning appointment cancels. Or when the supermarket queue is taking longer than expected. I scribble longhand if necessary, on whatever materials are available. But I get those 10,000 words done. Sometimes more, sometimes less. If there’s one thing I’m trying to get across in this egotistical, rambling screed, it’s that to be a writer, you have to write. Write as though you’re compelled to do so, even if at first you aren’t. Write for the sake of writing, no matter that what you’re producing isn’t what in more considered moments you actually want to say. Write until you get welts on your fingers, a squint in your eyes, crippling pains in your neck. That may not be particularly good medical counsel, but I’m off duty now... And it gets easier, believe me. The more you write, the less difficult consistent, on-demand writing becomes.

By the way, my books mostly have very little to do with the subject matter of my day job. I write to escape. My novels cross genres, but are for the most part action/espionage thrillers, sort of in the Bourne mould but with a darker and more British twist.

If you’d like to try one of my books, I can’t recommend better than my debut, RATCATCHER, which is downloadable for free on all platforms. Why free? Because I’m confident that, if you enjoy it, you’ll be sufficiently hooked to devour the rest of the series.
Here are the links:
Amazon: viewBook.at/B007Y7L3EO
Barnes & Noble: http://bit.ly/18FrN0c
Apple: http://bit.ly/1duEt7s

If you’re a writer just starting out... hit those keys. Do it now. Don’t hesitate, don’t let excuses put you off. You can do it.
guest post ratcatcher tim stevens

Lydia Bennet said…
thanks for this Tim! this is like the 'morning pages' exercise from The Artist's Way and is a good way to break through blocks too. I will check out your books! My latest thriller has consultant surgeons as murder victims so perhaps might not appeal to you!
30 December 2013 at 09:52

Bill Kirton said…
You put me to shame, Tim. The sort of sand that gets dribbled into my pebble jar consists mainly of displacement activities (and the pebbles aren't all that big either). An upbeat, interesting post like this might get myself and a few others moving. Thanks.
30 December 2013 at 11:33

Tim Stevens said…
Thanks, everyone. Lydia, don't worry - you can plunge your knives into surgeons to your heart's content (that's what they do to other people, after all). As long as the perpetrator's not a psychiatrist, mind...
30 December 2013 at 13:42

@Ruby_Barnes said…
Good post, Tim. You're a paragon of productivity. It's absolutely the only way to get ahead as an indie - produce, produce, produce - and you show great discipline in balancing all the demands upon your time. The writing's not bad either!
30 December 2013 at 16:52

Dennis Hamley said…
Thanks Tim, that's terrific. A master-class in time management. But oh, if only I had your energy.
31 December 2013 at 10:13