I really don't want to be the spectre at Authors Electric's feast but for the second time I find myself writing about the death of someone with an awesome reputation in children's books and also with an amazing tale to tell about a life well lived. And, like Jim Riordan last year, he was a good friend of long standing.


The death of Robert Leeson robs the children’s book world of a popular and prolific novelist, a tireless fighter for children’s rights  and a fairer society for them to grow up in.  Perhaps, despite the roll call of wonderful novels and stories, his most influential work was Reading and Righting (1985,) a magnificent polemic which identified books as means of human – and especially children’s – liberation and empowerment in a society which denies voices to many of its members. Sadly, this is still a message which needs to be heard: I'd love to see a new, updated edition of this important book. 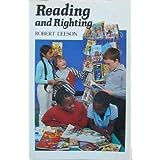 Bob believed that books are both symbols of a restrictive culture and potent agents of change. The tension between the two defines the variety and energy of his work. His narratives show both understanding of and discontent with the literary tradition. His characters, through social position, ethnic origin or gender, weren’t then the sort usually seen taking central roles.

Bob was born in Barnton, Cheshire in 1928. After army service he became a journalist on what was then The Daily Worker, now the Morning Star.  His first full-length works were working-class histories, of which Travelling Brothers (1979) is the best known.  His first children’s books appeared between 1974 and 1976. Maroon Boy, Bess and The White Horse were about the Cimaroons: a little-known historical episode concerning unacknowledged, despised and deprived people. This series broke new ground. His next books showed his gentle humour; first, The Demon Bike Rider (1976) and then the Genie series: The Third-Class Genie (1975), Genie on the Loose (1984) and The Last Genie (1993). The Genie books exemplify his sharp literary understanding by reworking a traditional convention  to contemporary effect. Never Kiss Frogs (1988) and Idle Jack (1995) do the same.  Familiar now, this sort of post-modernism for kids was unheard of then. Smart Girls (1994), shortlisted for the Guardian award, and Smart Girls For Ever ((1996) showed strong female characters in traditional tales from many cultures. He also delighted in revisiting established classics, with Karlo’s Tale (1992), a surprising reworking of The Pied Piper, and Silver’s Revenge, a  subversive continuation of Treasure Island. 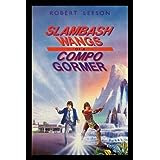 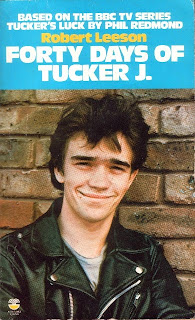 Most people will remember him for his Grange Hill novels, based on the BBC serial, and their spin-off, Forty Days of Tucker J, but his central achievement must be his young adult novels. These include the magnificent It’s My Life trilogy (1981-90), Slambash Wangs of a Compo Gormer (1987),which is an imaginative tour de force, Red White and Blue (1995), a moving tale of a boy finding the truth about his father missing in the Falklands War, Candy for King (1981), a modern Candide based loosely on his own army days, and Liar (1999).

Subsequently, Bob write little, though to the end of his life he published an annual poetry collection, beautifully illustrated by his wife Gunvor. Those privileged to receive them recognised another of his remarkable talents

I first met him in 1981, when was working in Hertfordshire. And this first encounter was memorable. It was at a Book Week in a Teachers' Centre (is it possible to even imagine such an occasion today?) I was asked to chair a debate on 'Realism in Children's Books'. The panel members were Bob, Bernard Ashley and our own Jan Needle. Jan professes to have forgotten this, but I certainly haven't and I never will. The debate was, to say the least, eventful and the audience, 90% teachers, was quite stroppy. I remember that trying to chair the meeting was not the easiest thing I've ever done. Things came to a head when one teacher announced that he'd read Jan's My Mate Shofiq with his students and they said it was 'boring.' 'Nobody's ever called my books boring before,' Jan answered, quite energetically and absolutely justifiably, and for a moment we all thought we'd have to separate them. Was it my chairing skills or Bob's calm assurance which eased the confrontation?  I think the latter. I often wonder what I would have done if that teacher had said something like that to me. I hope I'd have been  as proactive as Jan was. When a kid once told me my book was the most boring one he'd read in all his life I kept my mouth shut. But he didn't actually know who I was, so it doesn't count.  But it's a risk we all run the moment we put our works out on show to the public.  More importantly though, it shows that in those days there was a passion for books and what they meant. Teachers cared deeply about them and put them at the top of their priorities in a way we can only dream about today. A new edition of Reading and Righting might start the process of changing that.

For ten years Bob tutored on the creative writing courses I ran for teachers. He was a natural teacher who taught by example and with the same care that he brought to his writing. As a former journalist, he was a very methodical writer who liked to have things cut and dried before he started: most of us would say we were somewhere in the middle of the planning/instinctual spectrum but he was unashamedly at the planning end and a great worker out of plots. I've always been grateful to him for his work on those courses. But I had even greater cause to thank him for an act of real personal kindness. At a time when I was pretty depressed about how my writing career seemed to be turning out he championed my books with the paperback editor at Collins and that set me right with paperback editions for several years after Puffin decided they didn't want me after all and Granada had gone bust. The great thing about Bob was that he knew EVERYBODY in publishing and they all respected his word.


Bob’s public activities were prodigious. He was for years a leading member of the Writers' Guild and rose to be its Chair. He was very much involved in the hard-fought campaign for the Minimum Terms publishing contract and was largely responsible for the fact  that we as writers won it. He regularly visited schools, mentored writers and tutored on other creative writing courses besides mine. He worked tirelessly for IBBY. His huge contribution was rewarded in 1986 with the Eleanor Farjeon Award.

I went to his funeral in October. Two other authors well-known to me were there as well: Bernard Ashley, veteran of that notorious Teachers' Centre discussion, and Robert Swindells. We all regretted that Jim Riordan wasn't still around to be with us, especially when Robert Swindells told me something I didn't know. During the miners' strike, he, Bob Leeson and Jim Riordan went round schools in mining towns and villages doing author visits for free. The combination of generosity of spirit, sympathy for the deprived and trust in the power of books and reading such an action symbolises shows exactly what Bob and the writers who were with him were about and it's something which makes me proud to feel I'm part of the great writing enterprise.

Here's a poem written by Bob in his last collection which I received last Christmas. There'll be no more.

When I was younger I admired the folk,
Those heroes who could calmly stand and listen,
Whose valour was the best part of discretion,
Though they knew better than the one who spoke.

Sometimes one hits the nail, sometimes the thumb,
Speaking the thought that first comes in the head,
Instead of meaning every word that's said.
Far better if one held one's piece, stayed dumb.

But now it seems to me it doesn't matter
What's said inside the house or in the street.
Folk don't recall the words that you regret.
Ninety per cent is purely idle chatter.
What is the point of being so discreet
When words that they remember, you forget?

Cheers, Bob. You were a great man.


11 days to Christmas!
And the Authors Electric Christmas Book Sale!

Yes indeed, Kathleen. And the older I get, the more I appreciate generosity of spirit.

What a wonderful appreciation. I wish I'd known him - and I wish I'd read "Reading and Righting" too. Thanks Dennis

Me too Lee and Julia.

Thank you all. What a coincidence that there was an appreciation of him in the Guardian the very day this blog appeared.