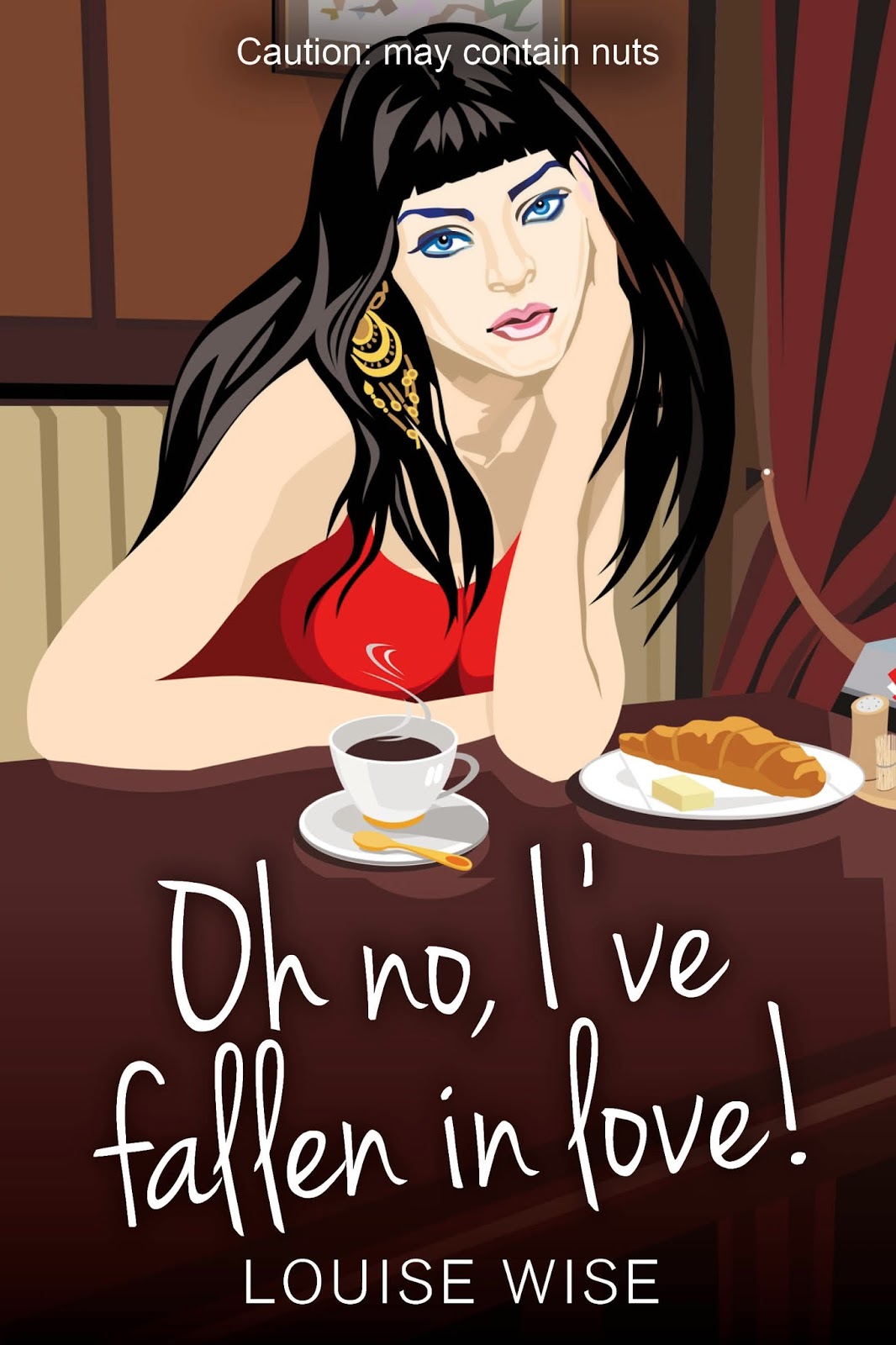 I’ve been a writer for many years now, and during that time I have learnt a lot about social media—and seen a lot of hapless authors trying to sell their book on the back of it.

The number one no-no is authors not using their name in social media (the name on the book they are promoting), and probably worse is building an entire author platform around a single title. What they do when they release another book? Make another website? Who’s got that amount of time?

Your name (the name on your book) is the SINGLE most important thing when it comes to social media. JK Rowling couldn’t sell The Casual Vacancy until someone let slip that she wrote it, so what does that tell you? If you need it spelling out you’re in the wrong business!

The next is on Twitter (my favourite waste of time) where authors overuse hashtags. Take for instance this:

Like the word ‘said’ (as in I/she said) at the end of dialogue, hashtags have become invisible, so I read the above as ‘Stop fouling in the house’. Nice. Although the hashtags will take your tweet to people searching for those particular hashtags, they are unnoticed by everyone else.

It’s better to make several tweets with one or two hashtags, than one tweet with many hashtags. Use the hashtags carefully and NEVER in between your mini blurb. Your Twitter mini blurb is too important to have key words become invisible. And don’t use text speak—unless you’re targeting the school-age readership.

OK, my next no-no is saying your book isn’t very good. Why oh why would an author say that about their book! Madness. I’m sure most UKers understand the words ‘Ratner effect’. For those don’t know, Ratner was a British Jewellery shop whose owner said in a press conference that his wares were utter rubbish. The shop almost went under and had to rebrand sharply (now called Signet Group). So don’t admit to anyone that your book is rubbish because people will believe you. Admit to yourself only, and if you do, then for goodness sake pull it off and rewrite it!

On the other side of the coin, don’t brag either. I knew of a lady that was forever talking about how well her book was doing: ‘Five hundred copies in one day sold,’ she’d tweet. She was rightly proud of herself, but there is a fine line between being proud and bragging, and she had a few jealous people become nasty to her. Be humble, just not too humble.

Another thing I see a lot is the new author not being able to define their novel. I had a client whose book was labelled ‘general fiction’. I asked her to define the genre and she replied ‘Well, it has romance, adventure and sci-fi in it. It’s also aimed at YA although adults read it too, so I can’t define it any more than that. It’s a book for everyone.’

Er, no… some detest sci-fi, and some sci-fiers hate romance, and some adults won’t want to read what’s classed as a teen book! So she has alienated most of the people she’s trying to pull in without even trying!

Think like a car sales man. Someone comes into your showroom and says they want a car. What do you say? Do you wave your hand around and say, ‘Lots here. Enjoy.’ Or ask them what kind of car are they looking for, or better, what do they want out of a car ie family car, run-around, economical, speed.

It’s the same with genre. Be precise or risk losing readership.

Lastly, help other writers. Open up your blog and let people write articles for you, tweet for people, mention them on Facebook. Do what you want others to do for you, and you never know they may reciprocate. 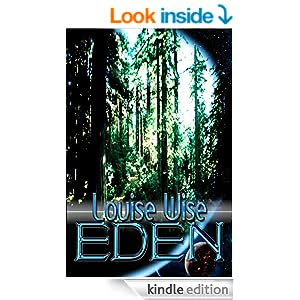 Married, with four children, Louise Wise lives in England. She is a pharmacist technician by day and a writer by night. She was educated in an ordinary state school and left without achieving much in the way of qualifications; you could say she was the result of a crap school. Hungry for knowledge she enrolled in an Adult Education centre and studied English, maths and creative writing. Whereas other young girls asked for makeup and clothes for their birthdays, she asked for encyclopaedias!

Louise used her general love of romantic fiction and interest in astronomy to write her first book. The book received many rejections stating the novel was too original for the current market, until finally, an agent took the book on but subsequently failed to find a publisher for it. Instead of becoming despondent, it made Louise realise that becoming a published writer WAS possible. She turned her back on traditionally publishing, threw herself into the indie world and went on to publish her first chick lit book, A Proper Charlie and then Oh no, I’ve Fallen in Love!

As for the ‘too original’ Eden it has been such a hit that Louise has now followed it up with the sequel, Hunted. So far, they are both selling well.
Posted by Debbie Bennett at 00:30

You do know what 'too original' means in publisher-speak, don't you?

A good reminder, thank you!

Thanks Debbie for having me. Appreciate it.

Lee, I thought it meant it didn't fit in with what was selling at the time. Now I see lots of books with the similar theme, so maybe I was a head of my time? Who knows.

I'd love your version though... even if it makes me cry.

Talking of publisher speak, there's also agent speak. I have several agent rejections that stated my novel was too literary for them because they specialised in commercial fiction. Me - literary! I don't have a literary bone in my body. I write, or try to write, pageturners. So in agent speak, too literary meant - we're not going to be able to make oodles of cash from you!

Welcome Louise, good to read your guest post. I've come to the conclusion it doesn't matter a damn why a publisher or agent SAYS they reject a book, what matters is that they have, and if enough have, you can take other action!However I do take slight issue with your point about over-marketing and bragging, people who do this and get called out for it on fb and twitter and are thick-skinned enough to keep doing it, seem to do pretty well - I can't do that at all, so it's no help to me, and it's annoying as well, but it seems to be the case! :)

Thanks Chris and madwippitt, as well.

Lydia, with their 'over-marketing' and bragging I bet they also interact as ordinary people hard and fast on social media, and have made many friends to help push their sales.

Good reminders, thanks! Novelist Sara Sheridan does a great information session on 'how to brand your books' (Chris Longmuir, think you've been to one!) It was one of the most helpful sessions I have ever attended as far as marketing was concerned. It involves filling in a series of intriguing boxes including things like themes and tones, key talking points and identification and then drawing some conclusions. But for each book, rather than for yourself as a writer. As somebody who tends to write 'across' genres sometimes, I've found it immensely helpful and have used it when it came to thinking about covers and writing blurbs. The main thing for me was that it allowed me to step back from my involvement with each novel and think about how the reader might see it. It also gave me some 'key words' to use when talking and writing about the novel. I gave up on agents a while ago. Even when I had them, they didn't seem to want to work with what they had, but what they wanted to turn me into!

Great information on using social media for marketing. Thank you!

A very wise post... (couldn't resist that!) The Twitter hashtag thing is interesting. I usually forget them and always wonder if I'm using enough. Now maybe I won't worry so much!