No Exit by Dan Holloway

By Agnieszkas Shoes - May 16, 2014
I apologise that I am in the middle of one of the largest and most stressful moves I could imagine. By next month there will probably be anecdotes. For now, just stress!
Nonetheless, I do have a new book out, thanks to the lovely people at Pankhearst, so I will share the opening with you. 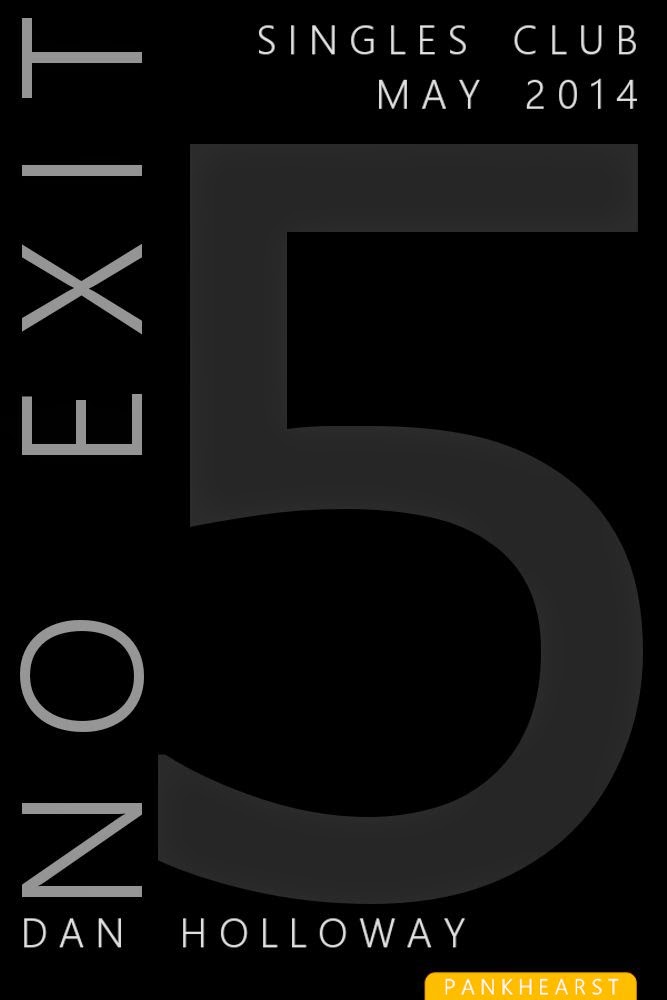 No Exit is a very dark thriller set in Oxford that examines the nature of friendship, killing, and evil. You can pick up a copy here.
Dani was the sole survivor of a horrific war crime in the former Yugoslavia. She has devoted her life to hunting down the perpetrators, leading her to become a detective in Oxford. But when the police let her down, where does she turn?
Alice's world is turned upside down when her best friend Cassie commits suicide after a bullying campaign. How can she reconcile her desire for revenge with her guiding principle, "Make the world a more beautiful place?"
Alice and Cassie are about to meet for the first time. To commit murder together.

Head out of the Sheldonian and under the gnarled stone reproduction of the Bridge of Sighs, past a turn so tiny you’d never know it was there if you didn’t smell the speciality cider wafting at you and hunt to find the source, further on, cornering twice as tarmac turns to cobbles turn to tarmac, and you arrive at the back entrance of New College, Oxford, and on a clear winter night you can just about hear the sound of choirboys practising far away in the chapel and if you remember that 10 metres below your feet is the plague pit where centuries earlier they flung the city’s unwanted dead, and if it’s dark enough to disorient you, and if you listen for long enough as trebles strain at the top notes, you will be sure you can hear  a thousand last confessions sweating into the sky too late for absolution.
Wait a little longer still, and your mind might carry you deeper. Another 10 metres. And another, to a place where far more recent secrets are stored. All across the earth beneath your feet is criss-crossed by miles of tunnels that, until even they started to creak under the weight, housed the collections of the Bodleian Library, one of the oldest and largest in . Many of the books were moved a year or so ago to new, tanked out and humidity controlled homes by the canal in Osney Mead, and further afield in Swindon, leaving acres of empty caves slowly going fetid now the switch has been turned off for good.
But some of them are not so empty. Soundproofed and secure, you will never hear the screams, no matter how long you stand and listen for them. You will hear only the choirboys, calling out for mercy to a God who gluts himself on their supplications and belches out only silence in return. But they are there. The screams. Bouncing off foam clad walls in a hell of their own making. In a room with no windows. A room that welcomes people two at a time. For one of them there are no consequences. For the other, no exit.
I close my eyes so that the fog is present only as a thin film pressing my skin, and I am sure I can hear them. The footsteps, tentative at first, then confident, then pumped full of adrenalin and the lightness of release. And the screams. The unheard screams decaying on the broken-foamed walls. And I allow myself the satisfaction of knowing that whatever else life brings, I’ve done something good.
I reach up for the familiar fingerhold. After four years of parkour I feel each dorsal fibre flexing, unconsciously calibrating forces like a piece of precision engineering. Pull, kick, and two steps later I’m sitting on top of the wall, with New College one side and Queens Lane the other. I attach a cable to my tablet and feel two stones down from the top of the wall. There it is. The cold metal connector of a USB stick concreted into the wall. One of dozens of Petrichor’s offline digital dead drops scattered across .
My tablet wears a tiny electric halo like a digital angel. One new file. I upload it, wipe the USB’s memory clean, unplug, and watch the Jem’s face beam out of the screen, full of innocence and life.

The scent of burning flesh fills my nose like the last flecks of cocaine long after he leaves. The shower doesn’t wash the smell away and I’m still buzzing from it as I head into the orange grey half dark of the evening looking for an anonymous internet café.