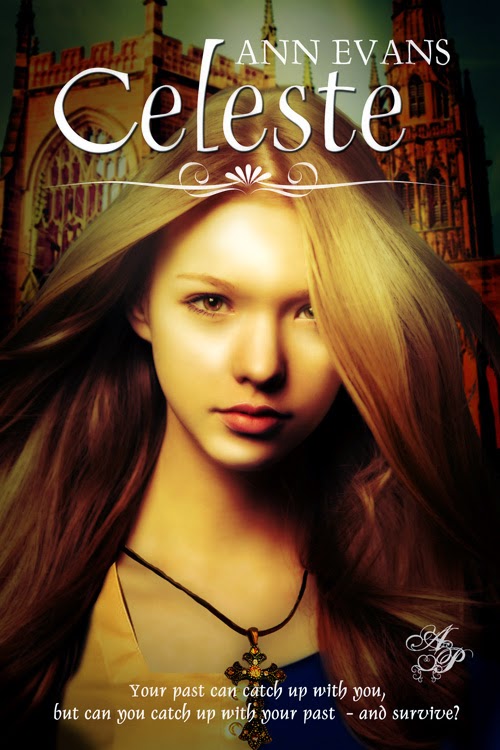 My very first YA book, Celeste has just been released, so I hope you'll forgive me for wanting to tell you a little about it, as the story has been rattling around in my head for these last 15 years!

The spark of an idea for this story was lit way back when I was researching Coventry's 11th church of St Mary Magdaline – the city's oldest church which incidentally is still regularly used.

While I was making notes about its factual history, another little compartment in the old grey matter was devising a fantasy story of a young woman realising she was hearing echoes from a past life.

To begin with the story didn't get past the first page, and because I was busy writing articles and other books, this one got put on the back burner to be occasionally re-ignited when I'd nothing better to do.

Slowly, in between various writing projects, the story began to form some sort of shape but then it would get shoved to the back of the queue and it would disappear into into obscurity for months – and yes, I'm ashamed to admit it – years.

It was always there though, and the plot continued to develop in my head. The places where the action would take place shifted and adjusted until I knew them perfectly. My ancient 11th century church of St Mary Magdaline became part of the background and eventually disappeared as the old Coventry Cathedral took its place as a prominent factor in the story. 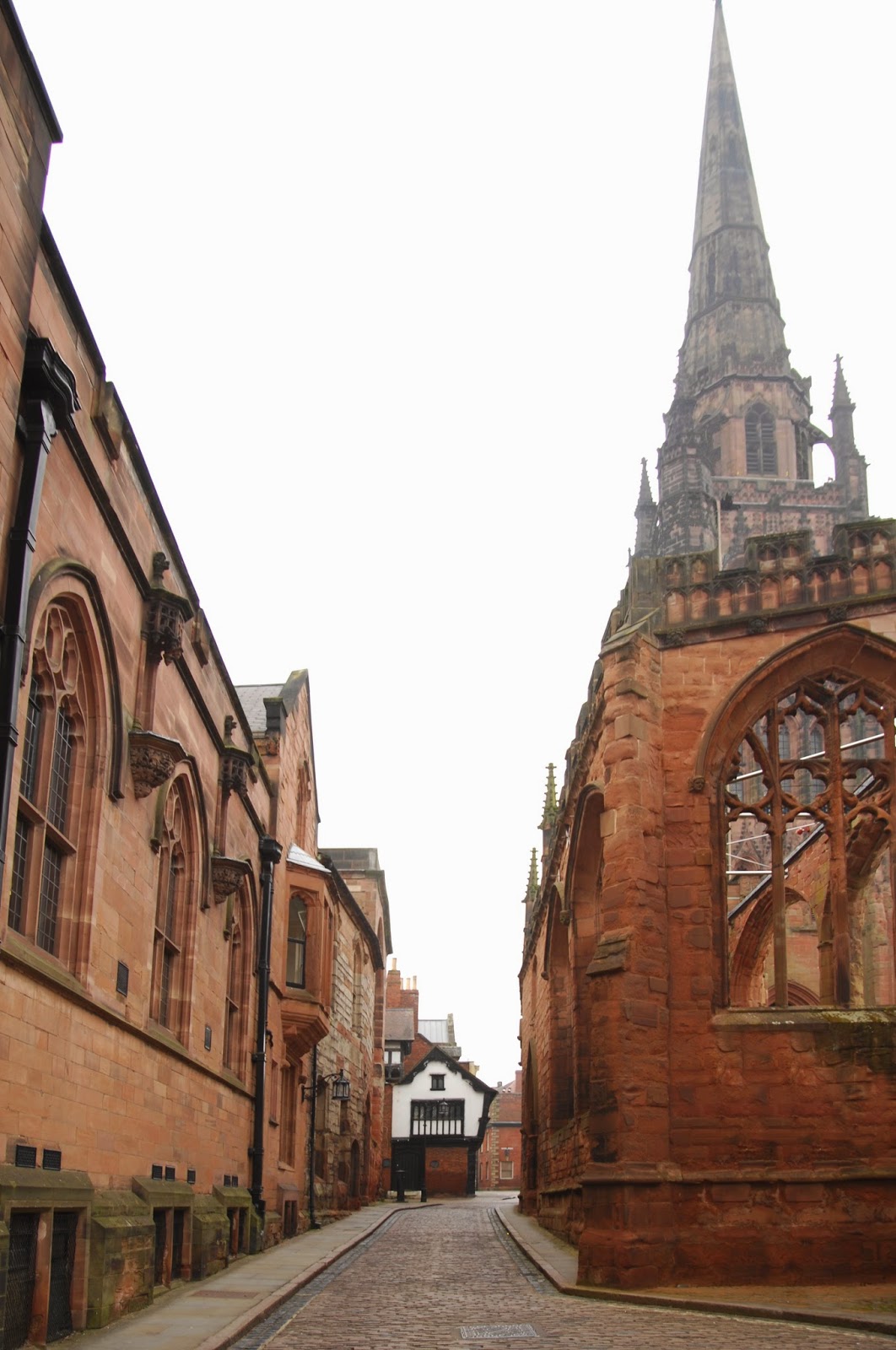 Three or four years ago, the story had formed well enough in my head to make a proper start on re-writing it. Once I'd knocked a few years off my main character and began writing about her as a teenager, rather than an adult, I felt the story was really taking on the shape and feel that I wanted.

So a first draft was written, and though polished, it didn't then have the additional detail that it has since gained by further re-writes. Other characters were added as viewpoint characters – one being my main character's new best friend, another being the 'villain' of the piece. And then there's another thread that runs throughout the book – that of the Cross of Aes Dana, a cross created in Pagan times that has a monumental impact on all who wear it.

The story has had three working titles over the years, but when I hit on the simplicity of the main character's olden name, it seemed the perfect title for the book.

It's a 40,000 word time slip YA thriller, set in my home city of Coventry. It's out as an ebook currently, published by Astraea Press. I've got three pdf copies to give away if anyone is able to do a review. Please do let me know if I can send anyone a copy.

A little more about Celeste...

Celeste blurb
When Megan Miller moves to a new city she is suddenly plagued by feelings of déjà vu.
She starts to have dreams and memories of people and places – so real that it breaks her heart.
She soon realises that she has lived – and died before. Her name had been Celeste. Only now some ancient, ominous presence is following her, haunting her, whispering in her ear... Where did you hide it?

Megan was studying the panels of mosaic windows that sent a kaleidoscope of colours onto the stone floor. Then everything dimmed. She hadn't seen it coming. One second she was in the vast echoing new cathedral surrounded by tourists when suddenly the walls closed in around her and she was alone.
The smell of incense hung heavily in the darkness. Lighted torches standing in niches in the brickwork sent flickering shadows across the rugged flagstones. The stone beneath her feet was rough and uneven. Narrow arched doorways were set along the passageway and from a darkened recess she felt the claustrophobic presence of a tall shrouded black figure. The evil was tangible, the air chilled and a feeling of nausea swamped her.
A voice harsh and demonic whispered in her ear...
“Where did you hide it?”

It's Amazon link is: http://www.amazon.co.uk/Celeste-Ann-Evans-ebook/dp/B00KQ8XIGE

Dennis Hamley said…
This sounds great, Anne. I'd love to read it. I set one of my Joslins in Coventry (A Devil's Judgement), with a background of the Coventry Mystery Plays as well as various rather bloody deaths. Coventry is (was) a good medieval city to use. I'd be very pleased to review Celeste. You can send a pdf to dennishamley@yahoo.co.uk
13 June 2014 at 10:36

Ann Evans said…
Thank you Dennis, I'll send you a pdf now. Hope you enjoy it.
And yes, Coventry can be a very atmospheric place. I'm going to try and make a little video trailer based around the old Cathedral. Should be fun if nothing else!
13 June 2014 at 11:14

Lydia Bennet said…
good luck with the new YA book Ann, sounds like a slow-burn of a project and they often turn out special.
13 June 2014 at 17:53

Ann Evans said…
Thank you for your kind words Dennis, Lydia and Kathleen.